Chisels that are swinging.

The copper grater makes an appearance in the “Wakan Sansai Zue (Illustrated Sino-Japanese Encyclopaedia)”, compiled in the middle of the Edo period (1603-1868). Since that time it has been widely used by commoners as a fundamental utensil for cooking. The copper grater is made by driving a chisel into a copper plate again and again, setting up many small blades. As the structure of the copper is not broken up more than necessary, even grated radish does not become watery and the mouthfeel is quite soft. Although this is a product that becomes indispensable once tried, the number of craftsmen who craft it by hand nowadays is drastically reduced due to mass production by machines. “Edo Sachi Teshigawara Factory” has become the only remaining studio in Tokyo. Takashi Teshigawara is the second generation craftsman of this studio. He became a disciple of his father at 18 years of age and has now been involved in this job for over 60 years. Mr Teshigawara, with his accumulated experience, says, “The first chisel you drive in is the most difficult one.” Rhythm is important. Inside the workshop, a comfortable rhythm going “clang, clang, clang” resonates. During work, jazz is played. As if swinging, the sound of the chisel forms a rhythm, and a copper grater with stunning blades emerges. 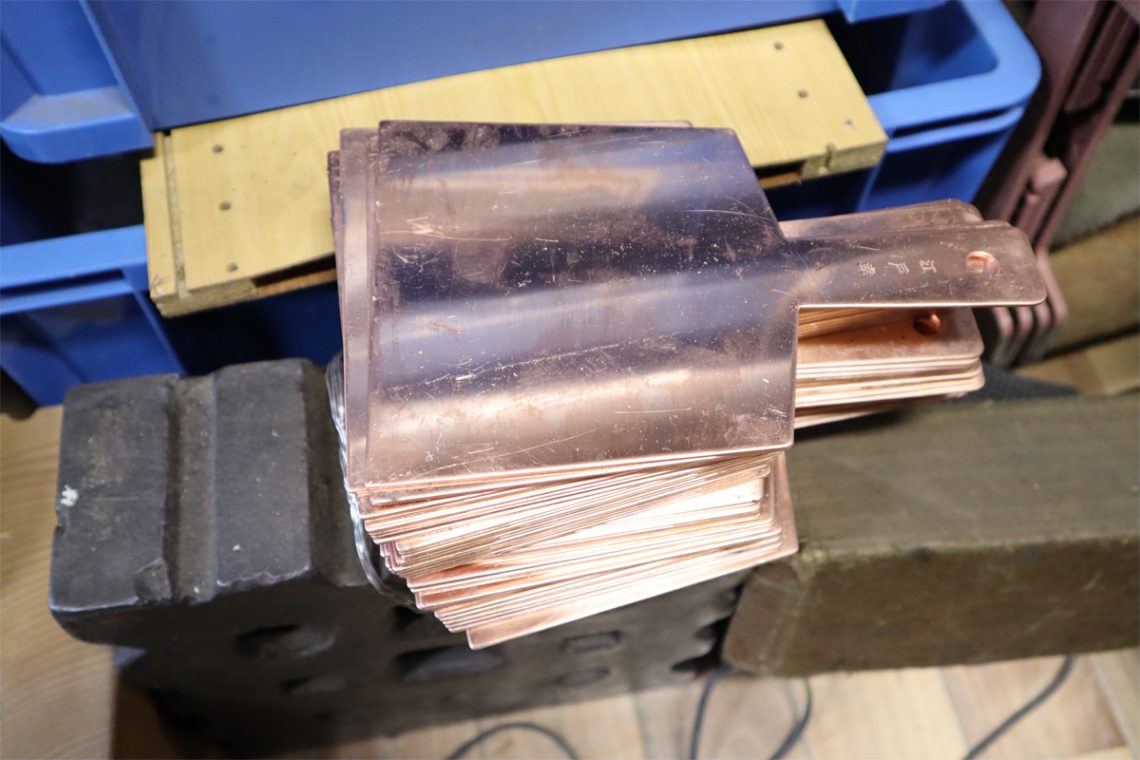 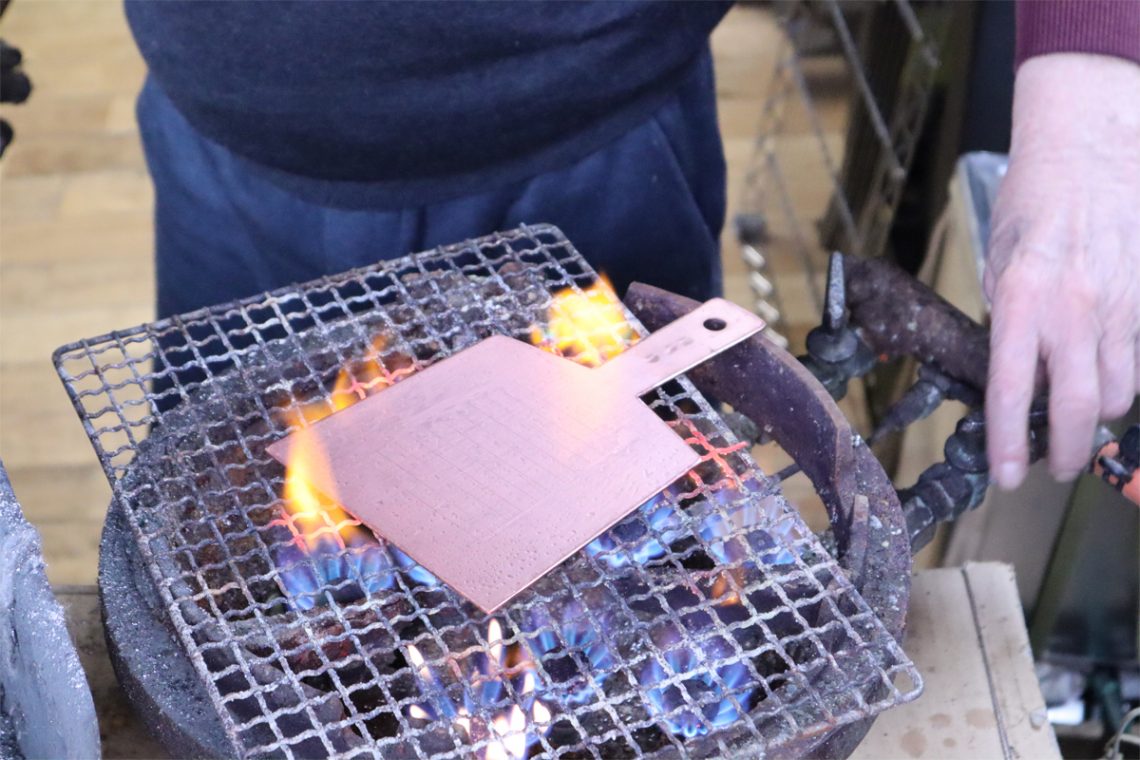 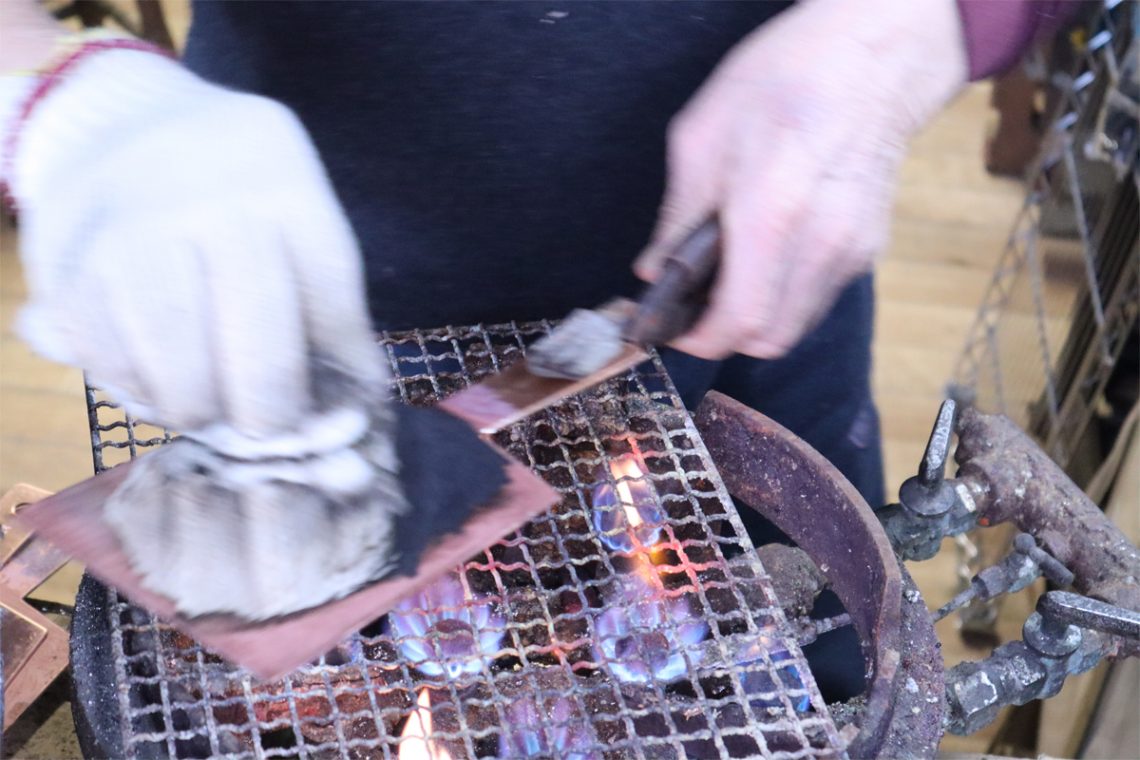 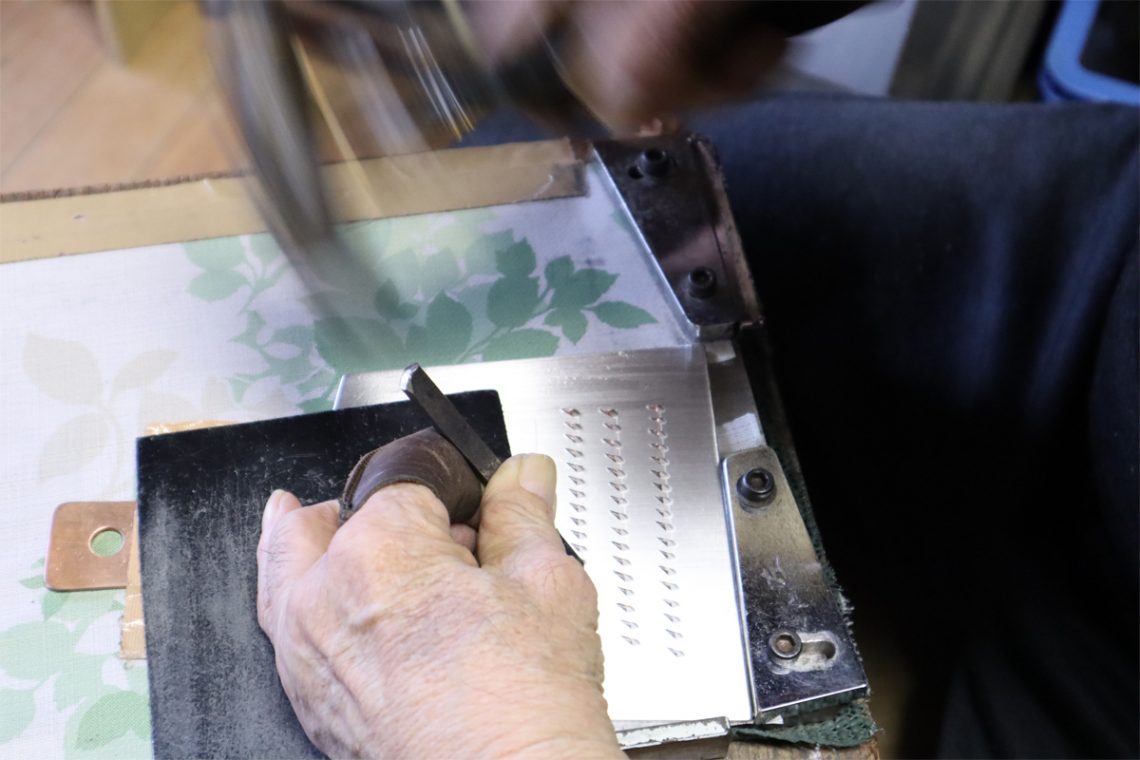 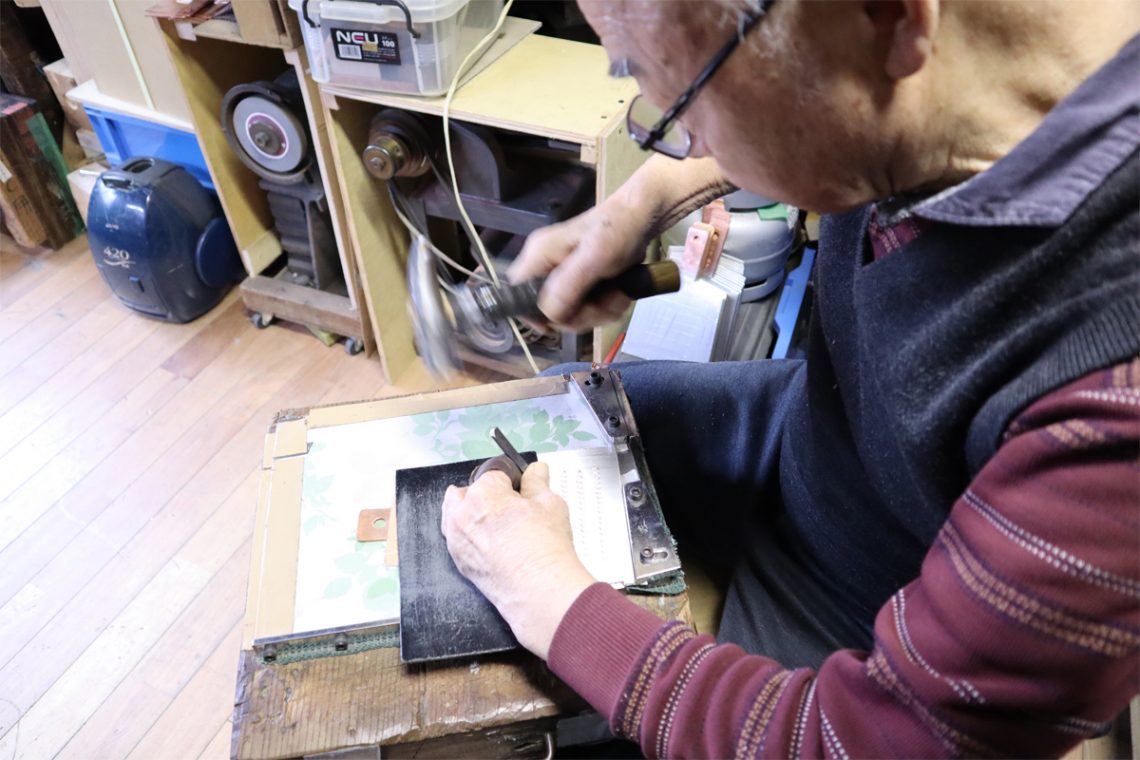 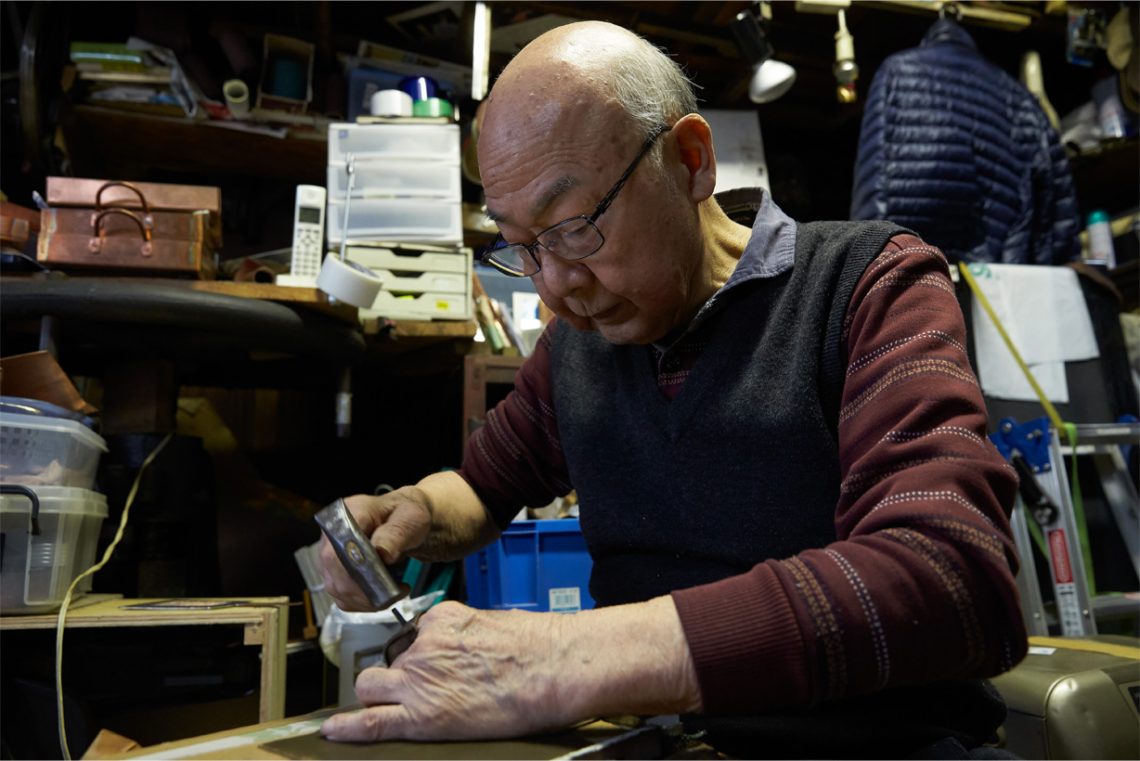 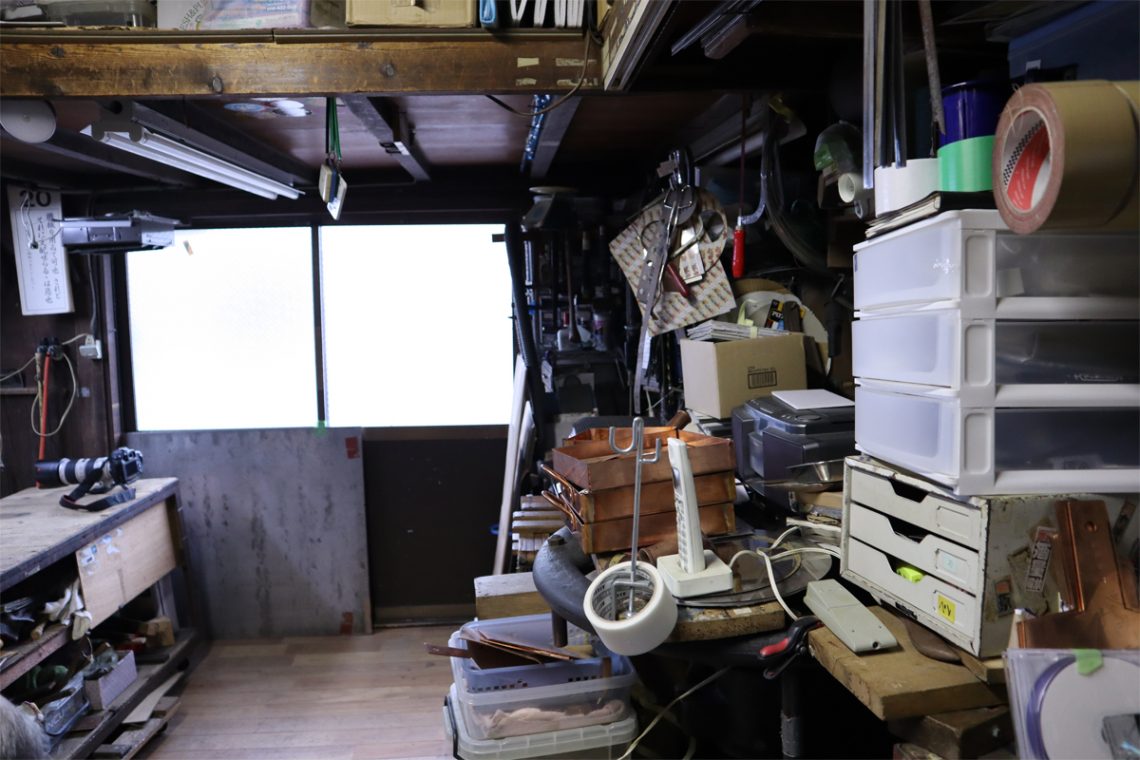