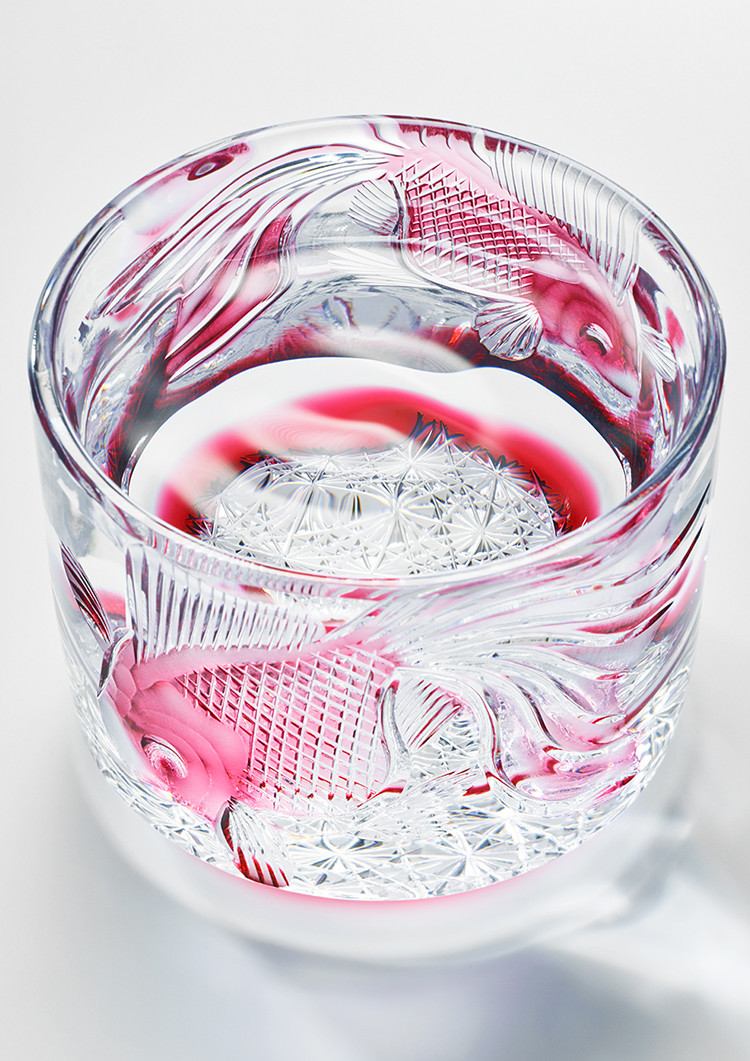 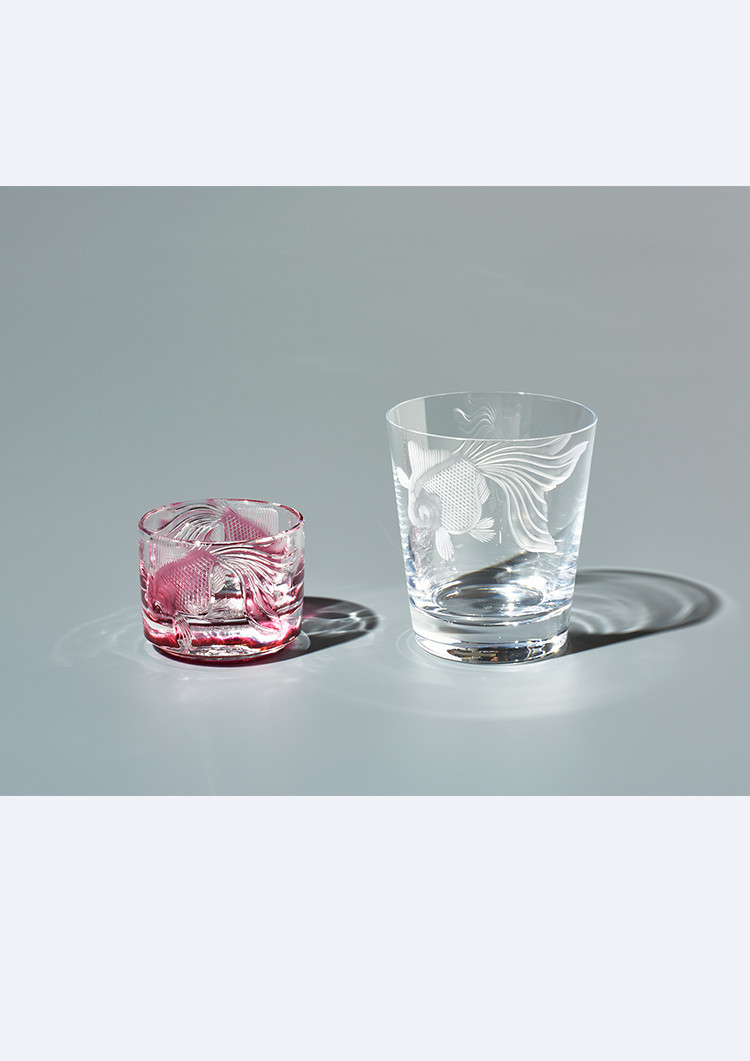 It seems, a goldfish is swimming in the glass. With delicate cuts in the surface the fish’s frame and scales can be seen, and the movements of its tail fin are expressed in the water. Almost reminiscent of the Art Deco style of René Lalique in its three dimensional rendering of the fish, this is Edo Kiriko work that exceeds the normal bounds. The appearance of the traditional Kikutsunagi pattern here resembles sheen on the water. For the small sake cup, no red glass is placed on the crystal except for the body of the goldfish. Laid on to the pure crystal surface the red layer enhances the effect of the fish’s movement. For the old fashioned style, the fish design is cut in transparent glass, making it appear to float and move forward when amber coloured whisky or other drinks are poured into the vessel. Also when cold drinks with fizz are poured into the glass the bubbles appear to float around the goldfish in its bowl. With each use a form of life is given to the fish on the glass, and it highlights a beautifully crafted item with its own sense of fun.