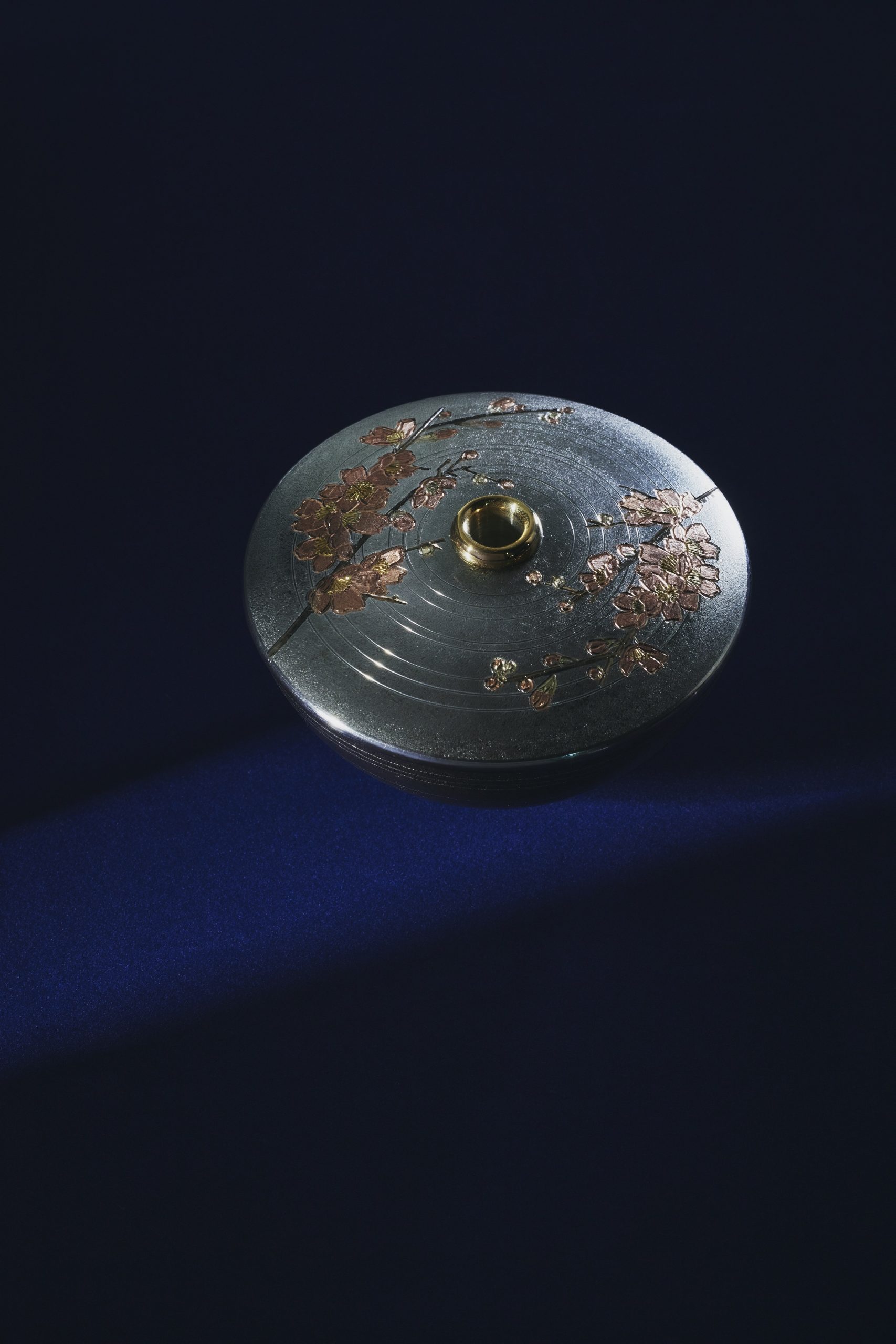 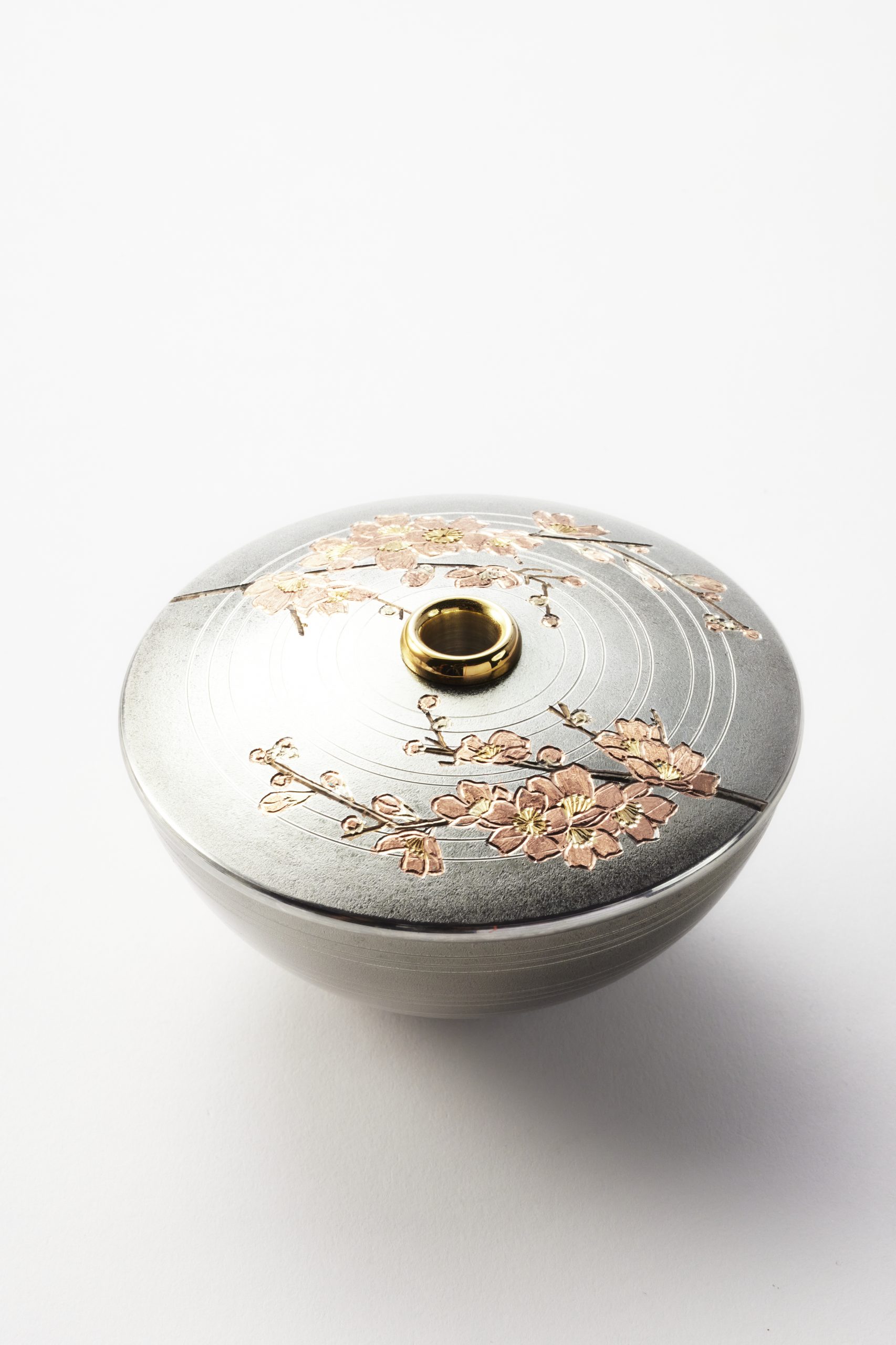 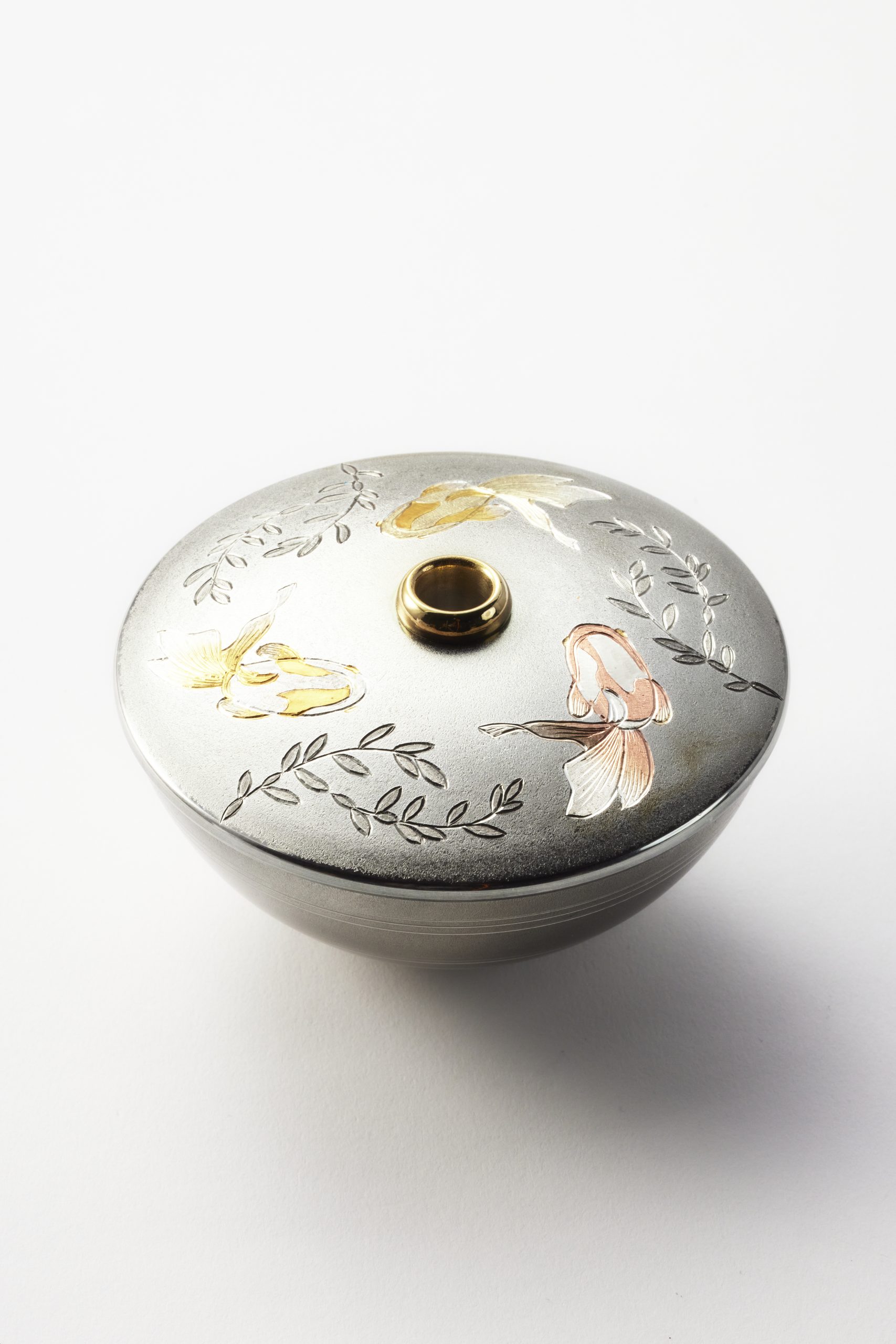 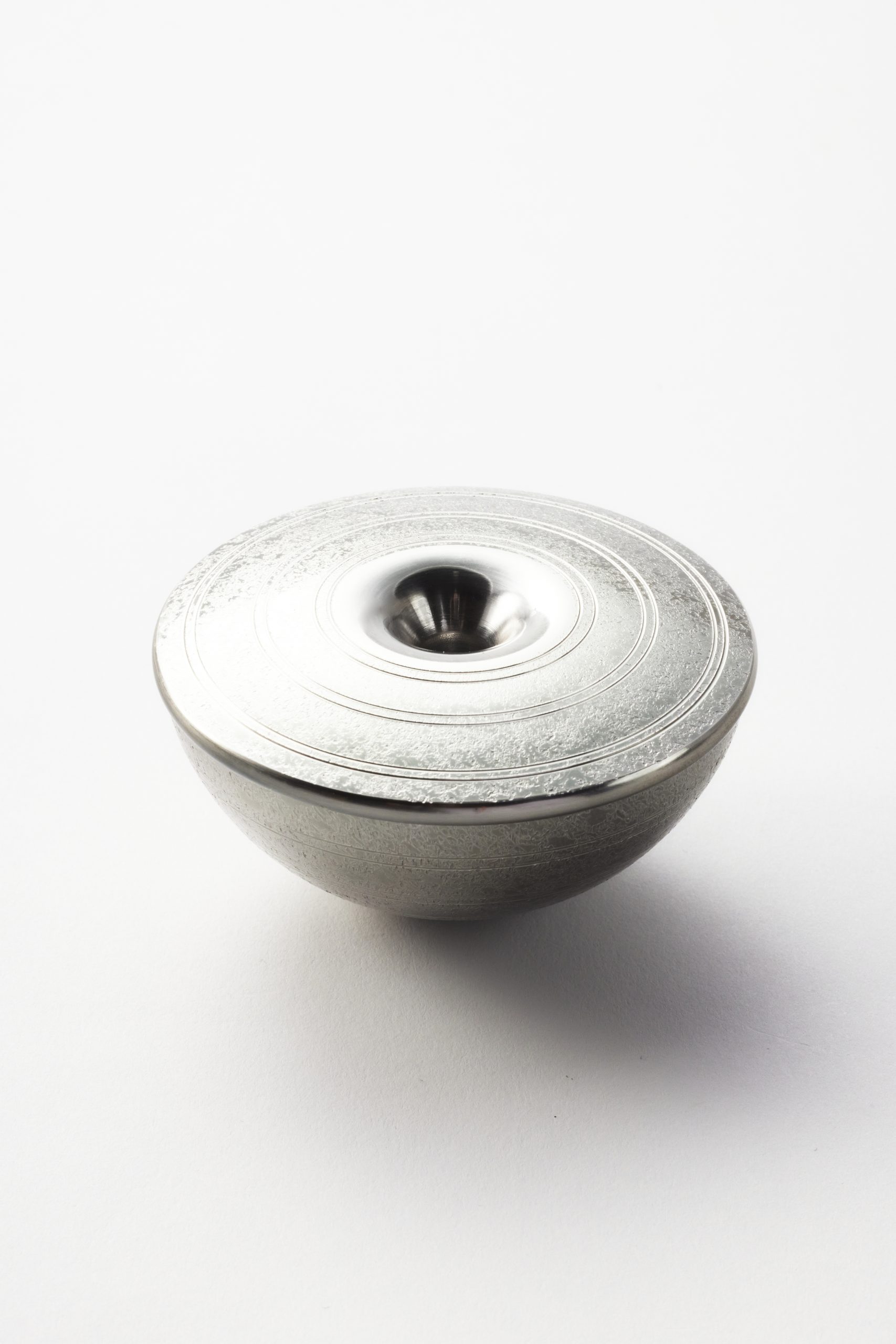 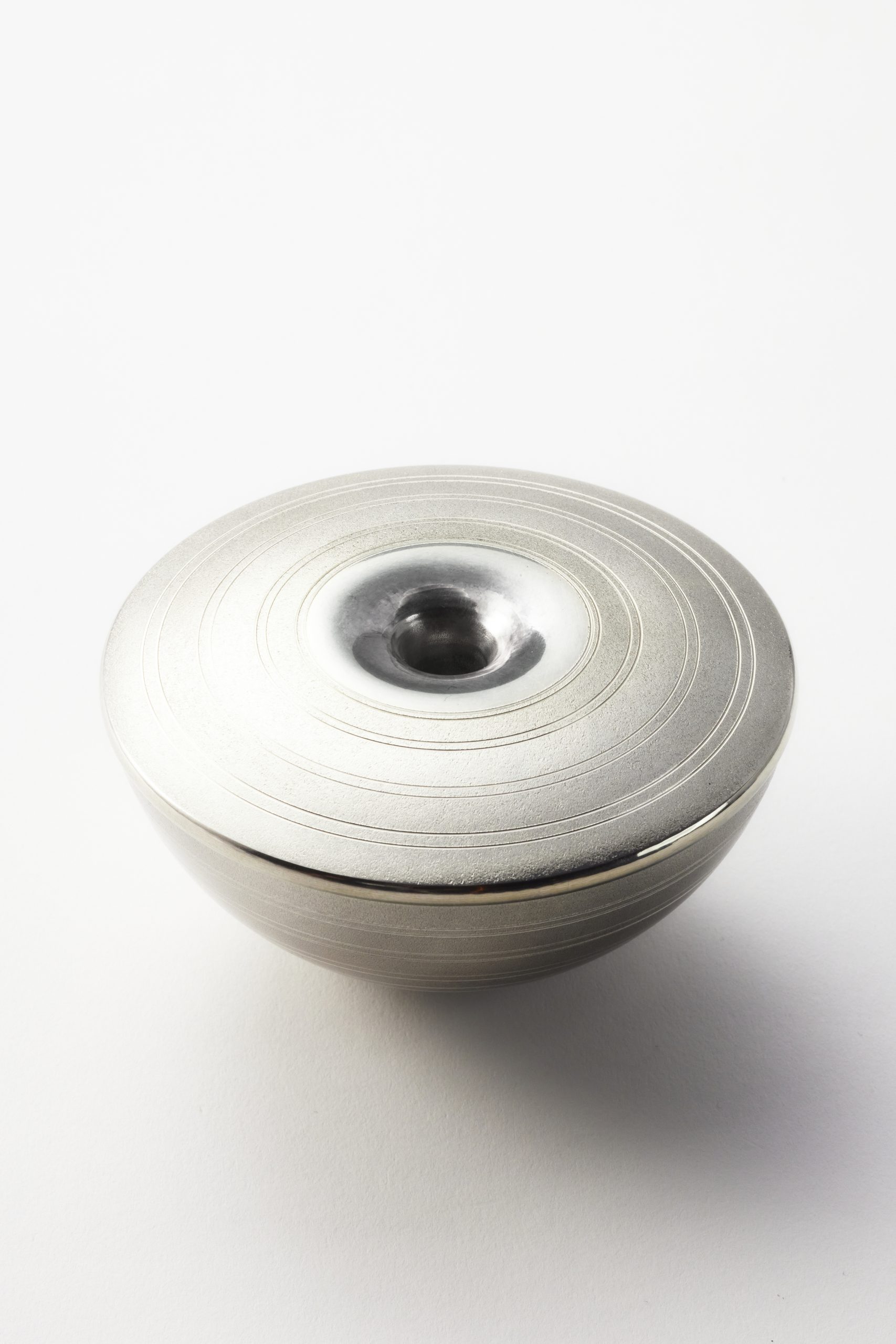 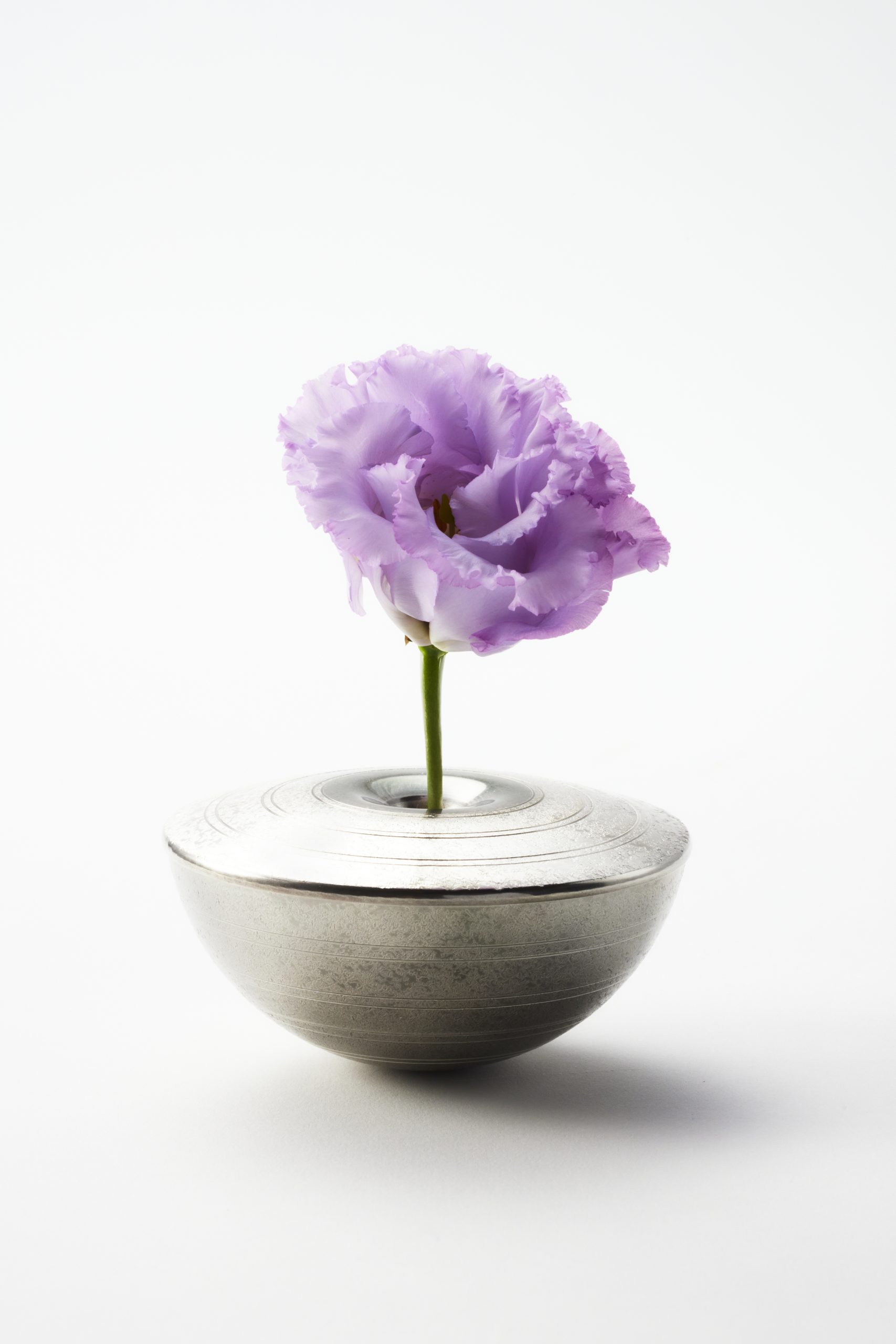 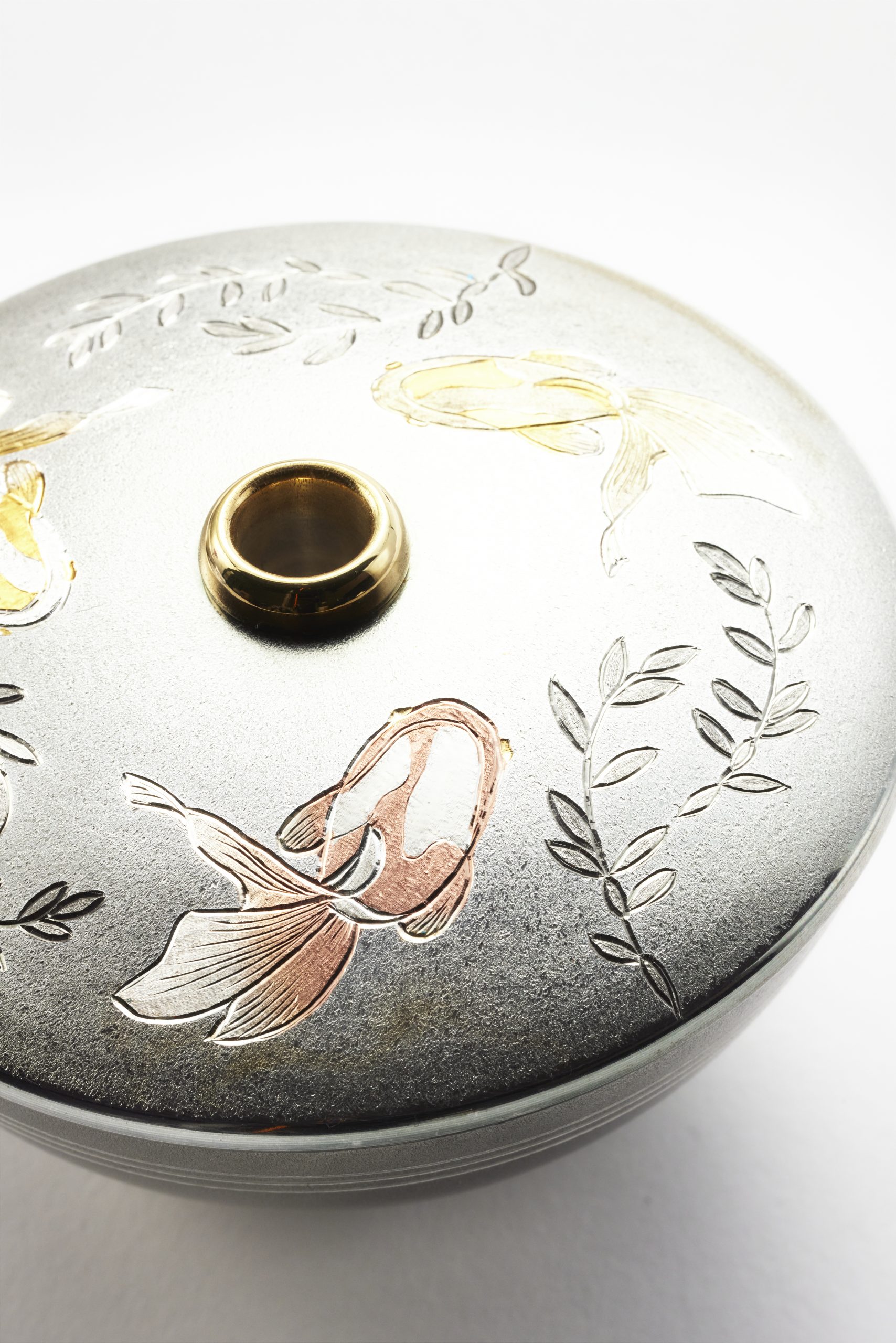 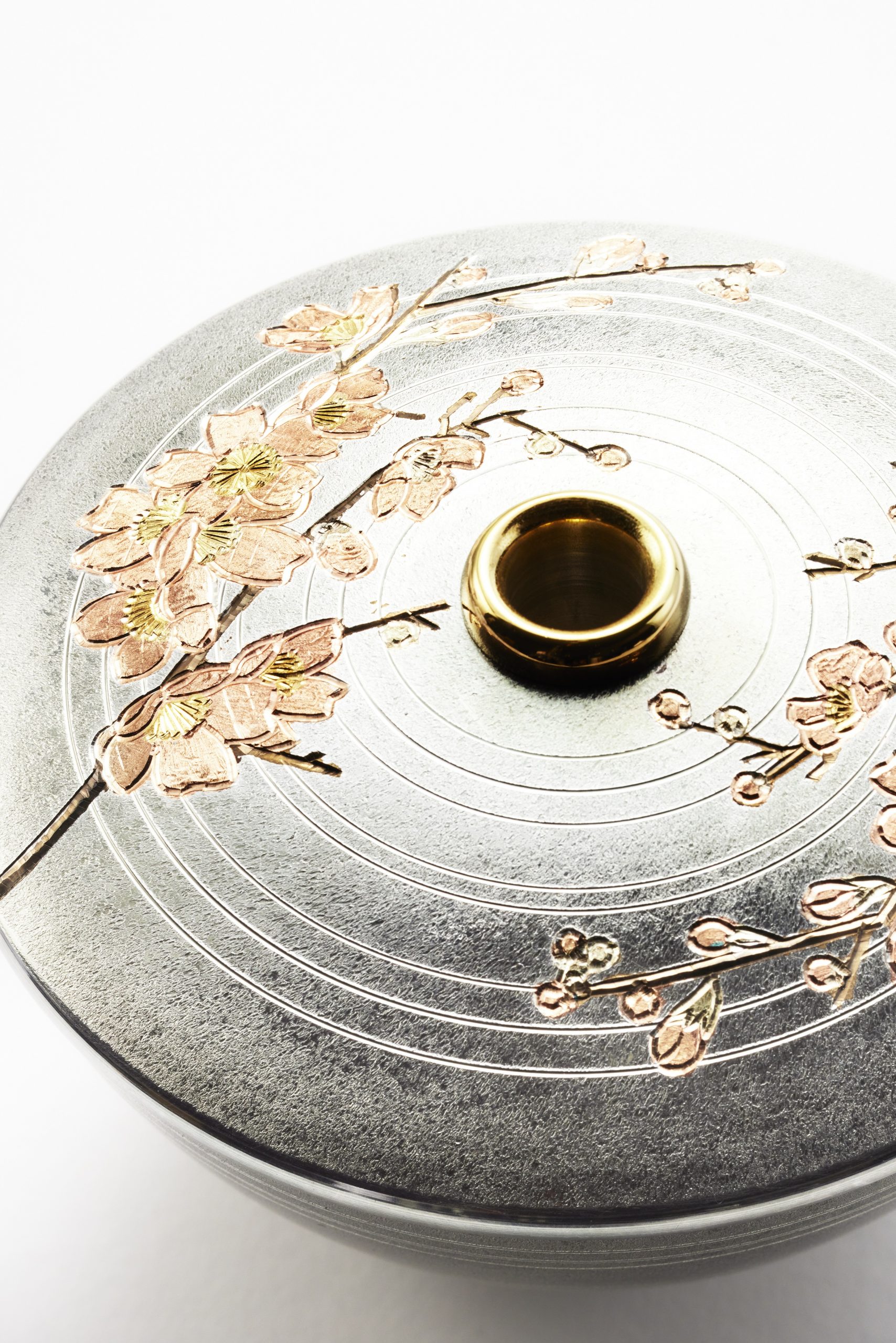 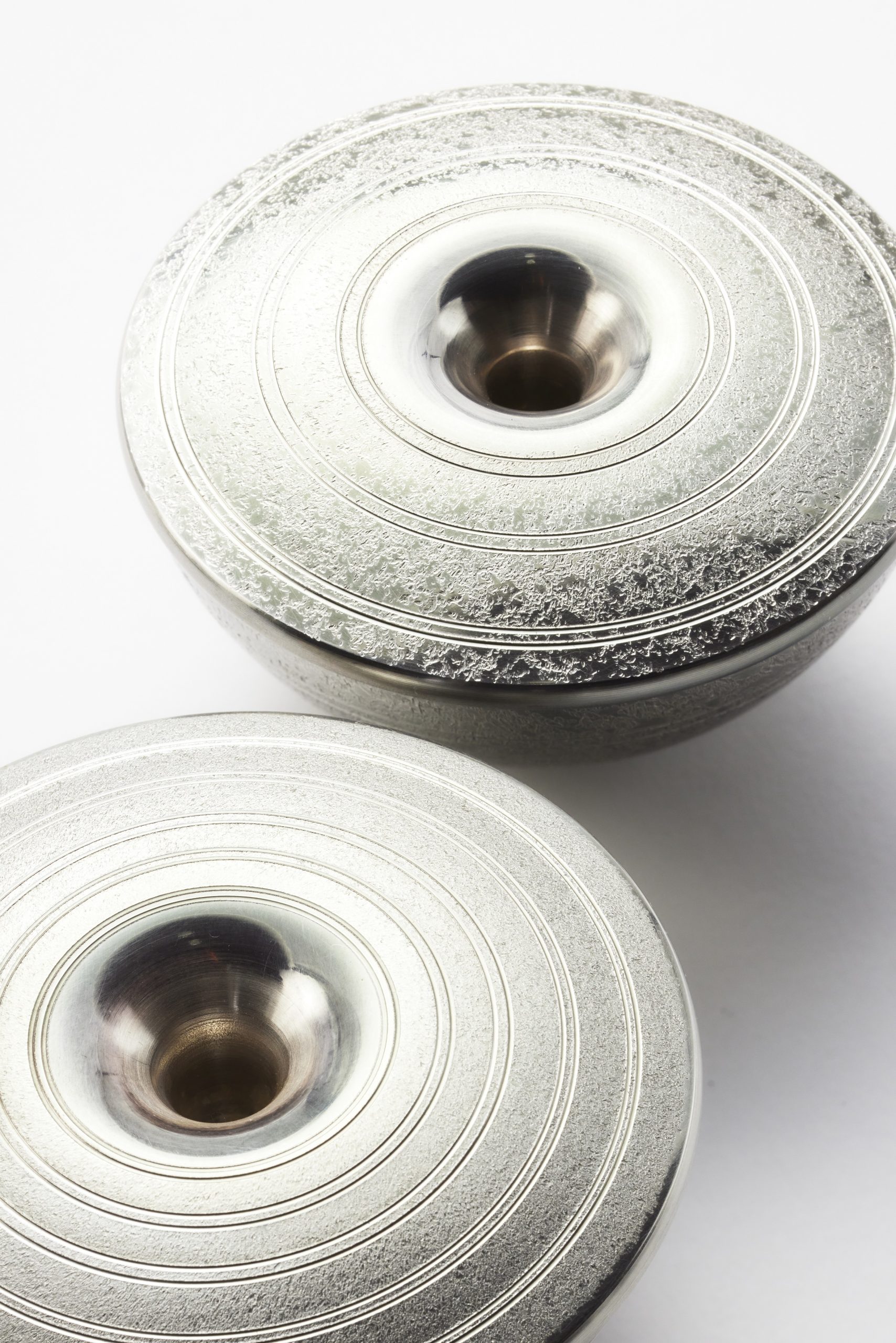 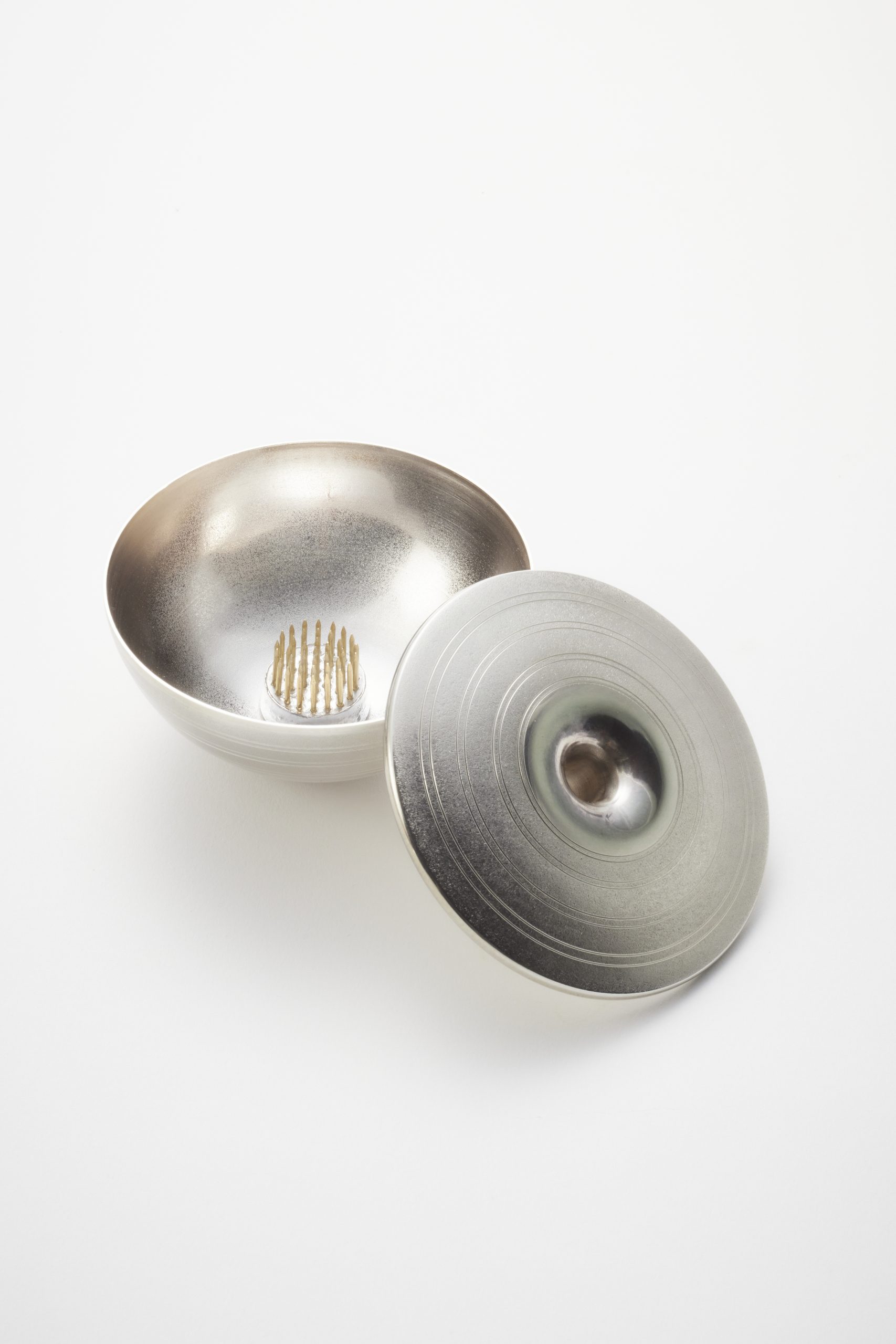 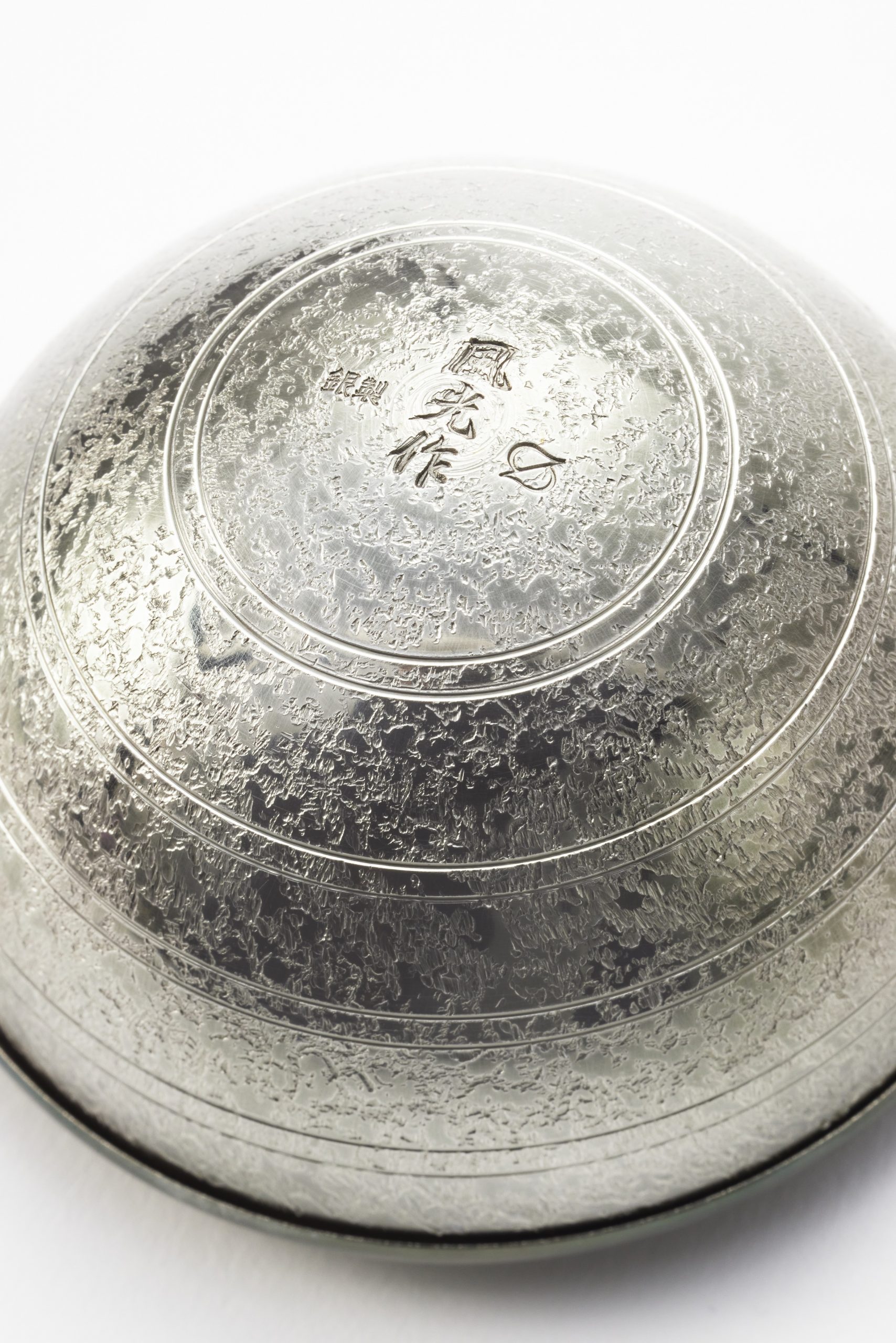 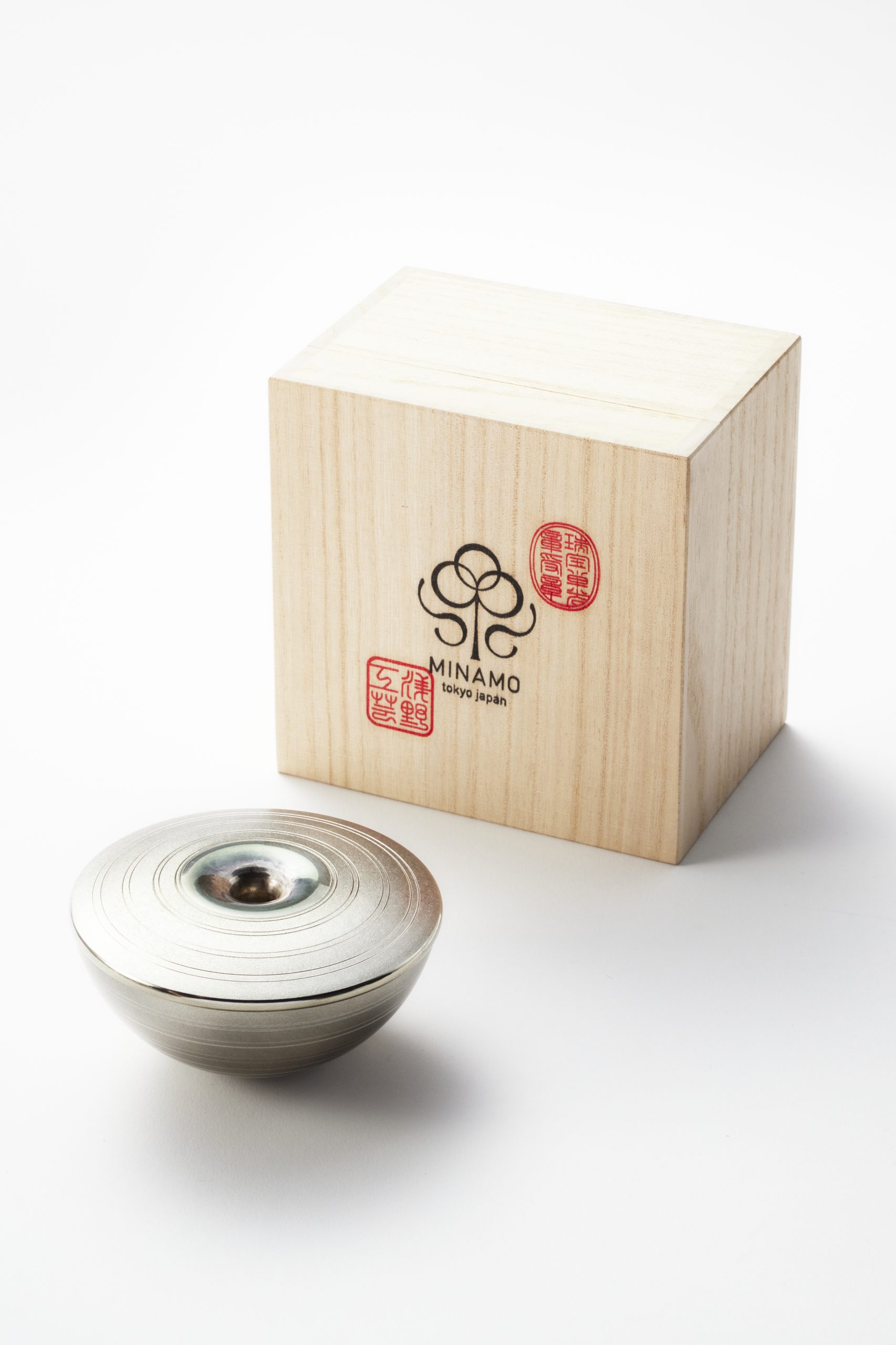 Designer Ryoma Chikami’s desire
to create something in the image of ripples
provided the catalyst for Seiko Asano,
a traditional craftsman with a fifty-year history
in the creation of silverware,
to start thinking about minamo
(a Japanese word for the swaying
that occurs on the surface of water.)
These conversations between a designer
and a craftsman resulted in the creation of minamo.

A silver vase for a single flower
that appears to sway gently.
Although one of the main requirements of vases is
that they remain stable when water and
flowers are placed into them to prevent the water from spilling out,
the concept of minamo heads in the opposite direction.
The base is curved at a degree that just prevents water spillage,
allowing it to gently sway.
This focuses the spotlight on
the characteristics of this single-flower vase.

This gentle curve is achieved
with the use of a special craftsmen’s technique
known as “metal-spinning.”
A single sheet of base metal is fixed onto a lathe and rotated,
and a spatula-like tool known as a “spoon” is
pushed against it to form the shape.
In addition to skills and techniques,
this process also requires painstaking work
during which the entire body is
used to finely adjust the amount of pressure applied.
Curves like this can only be achieved
by veteran craftsmen.。

When speaking on the concept of “swaying,”
Asano says that “a swaying vase generates
a soothing effect when unexpectedly seen.”
It is minamo that provides us with this moment of soothing,
and it is not only the minds of people that are soothed.
Silver has an antibacterial effect,
and it maintains its beauty
while allowing the flowers placed in clean water to sway and sooth.

There are two designs available;
the Basic design with a rock pattern based on a ripple motif
on the surface, and the Premium design displaying cherry blossoms
and goldfish carved with a single blade.
The beautiful glittering effect the silver exudes
resembles the sparkling surface of water.
These minamo vases will produce a swaying and
sparkling effect in all living environments.