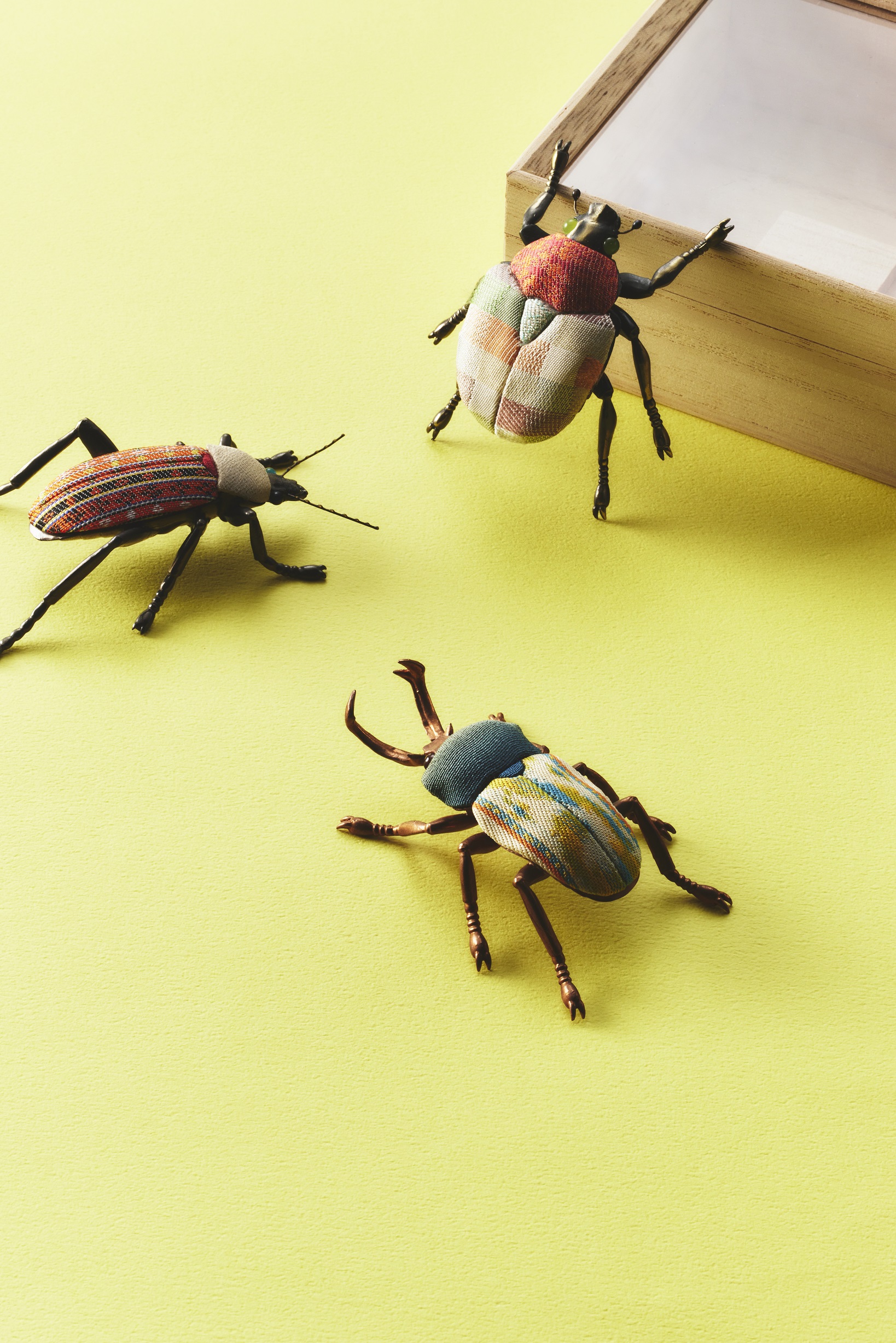 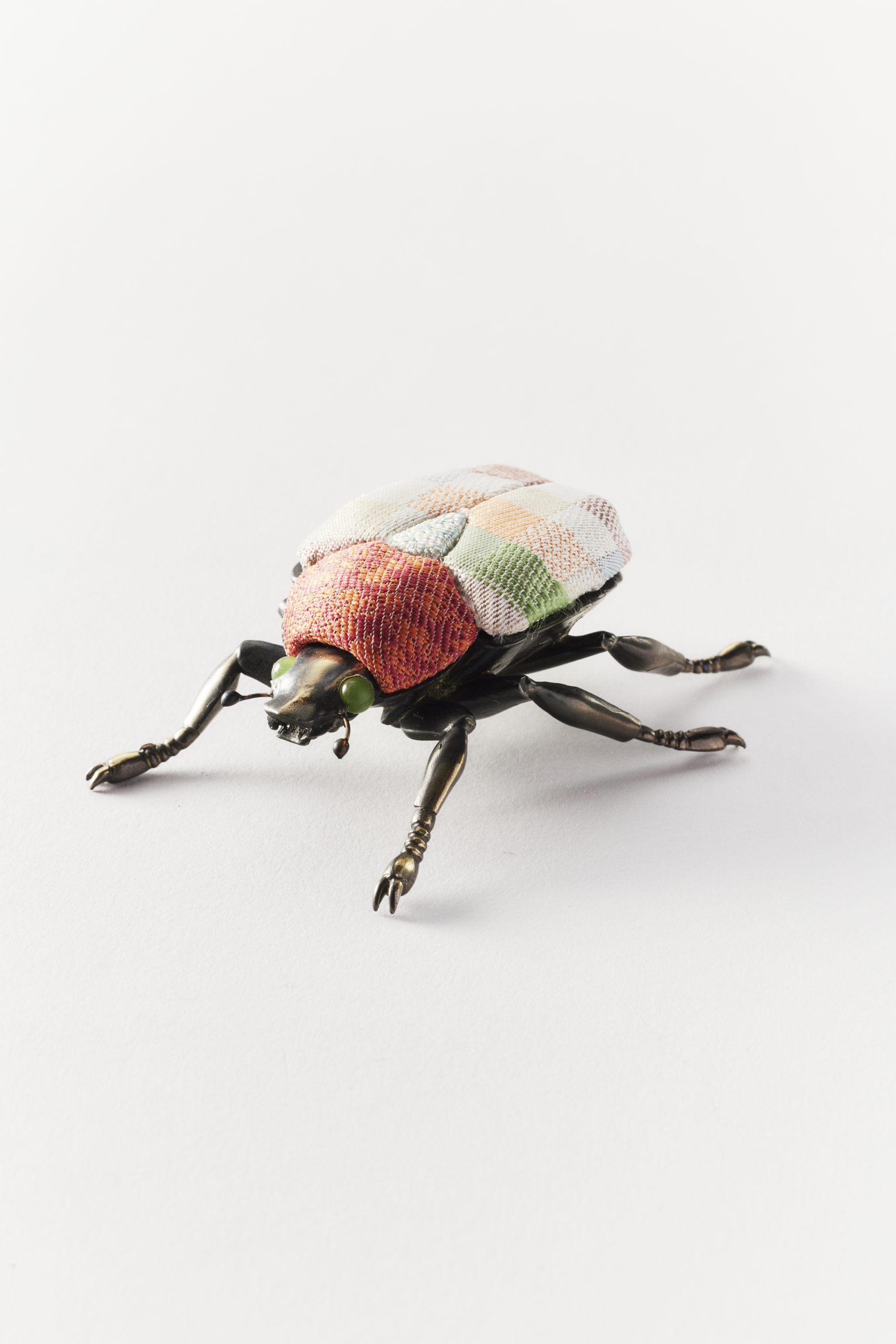 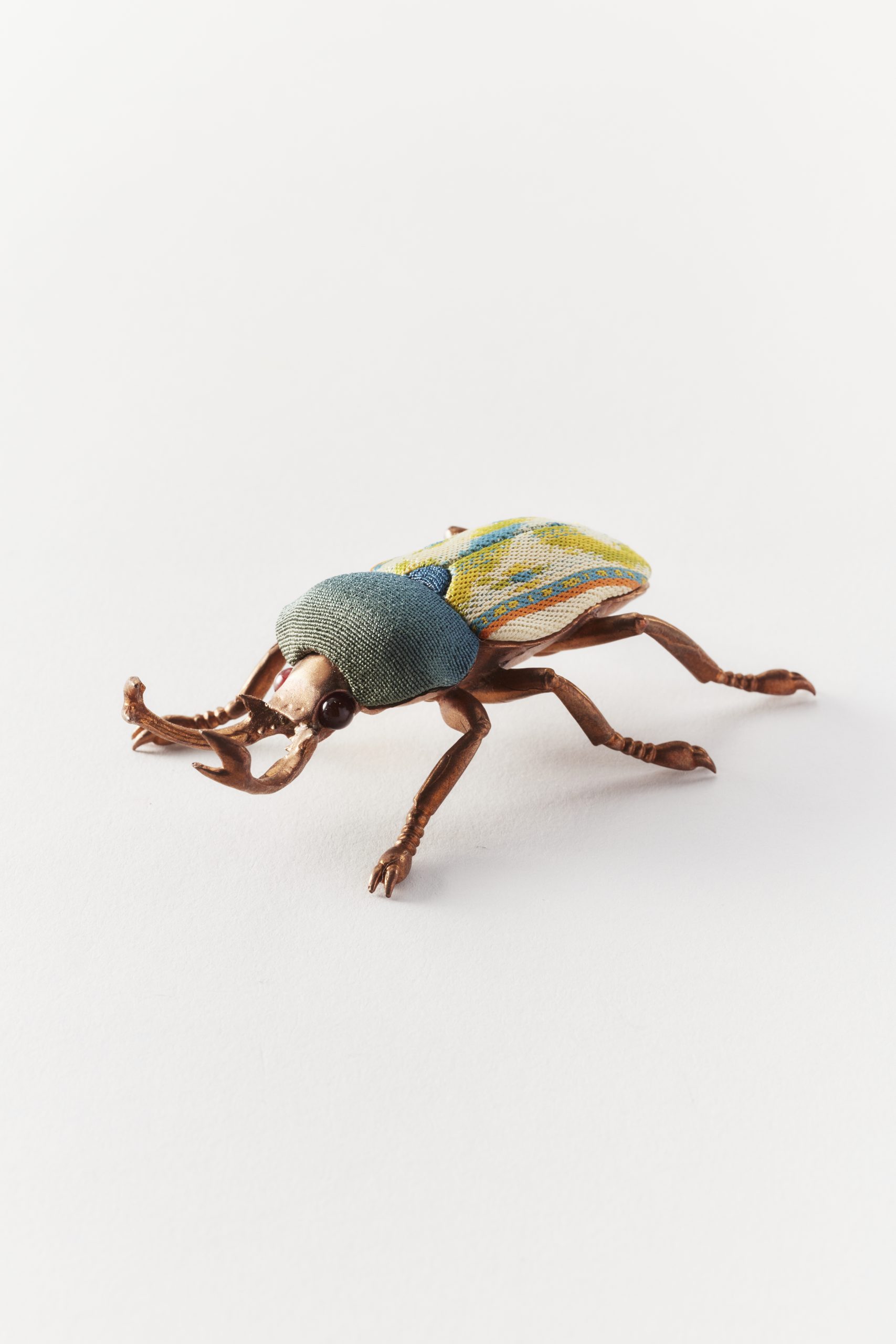 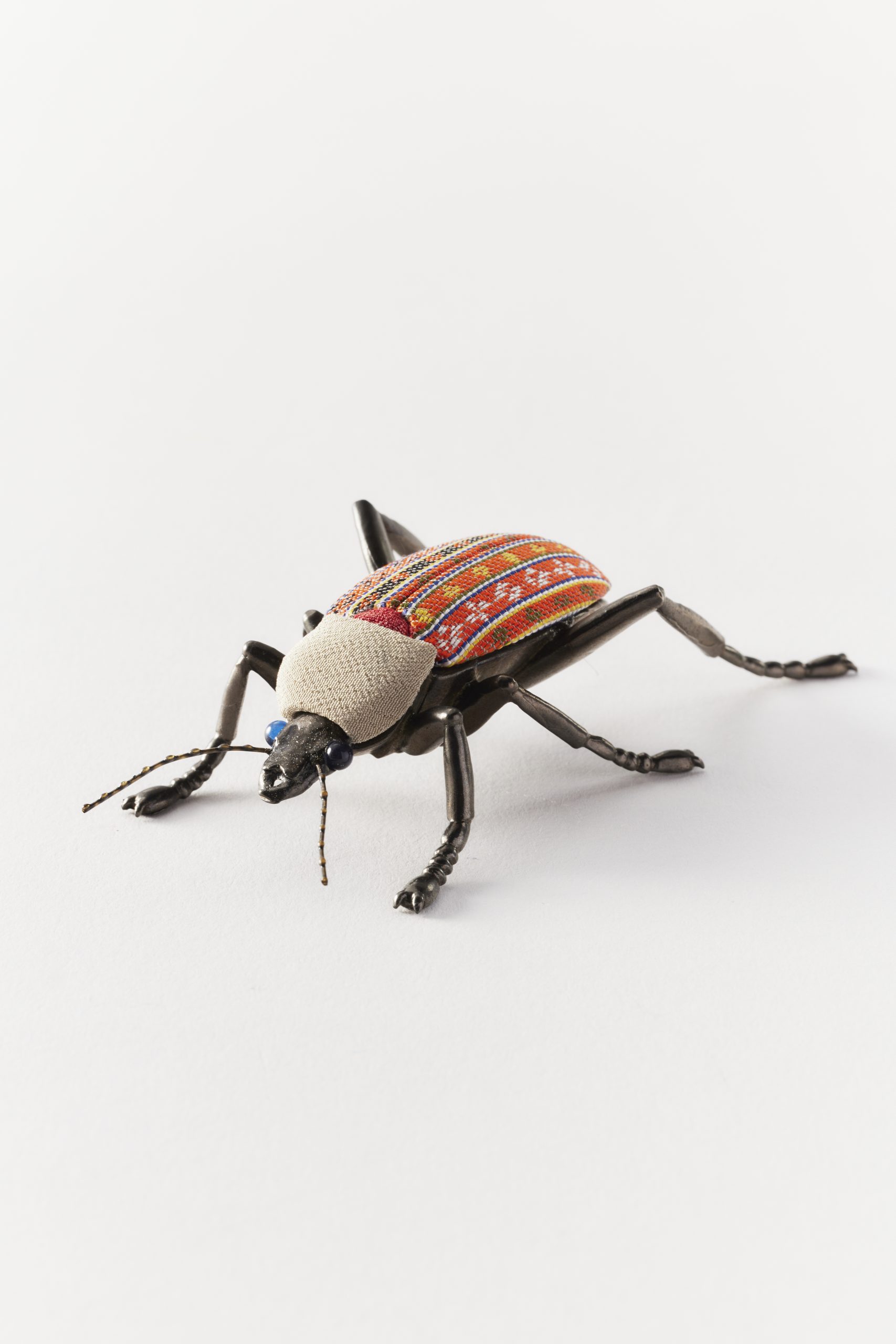 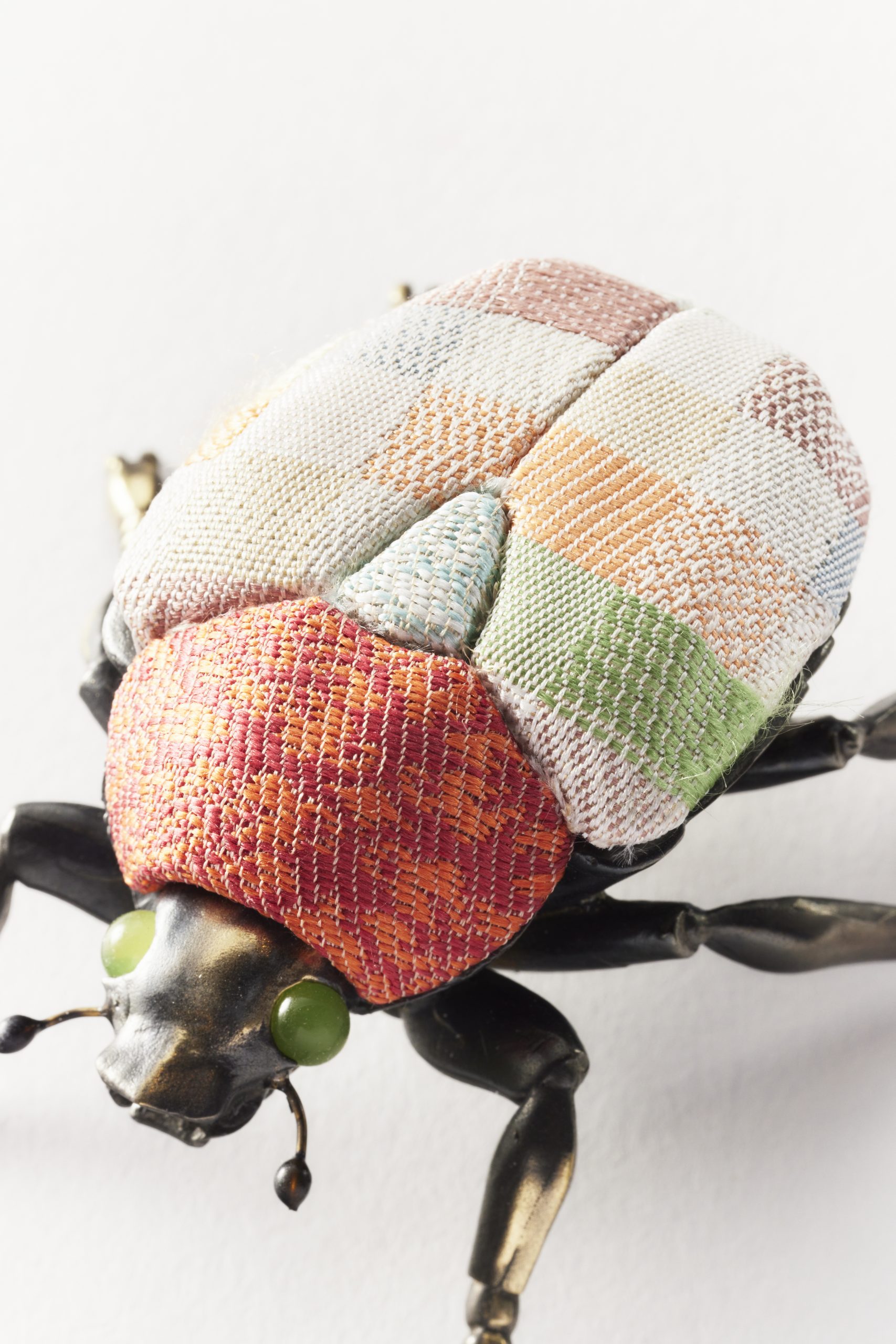 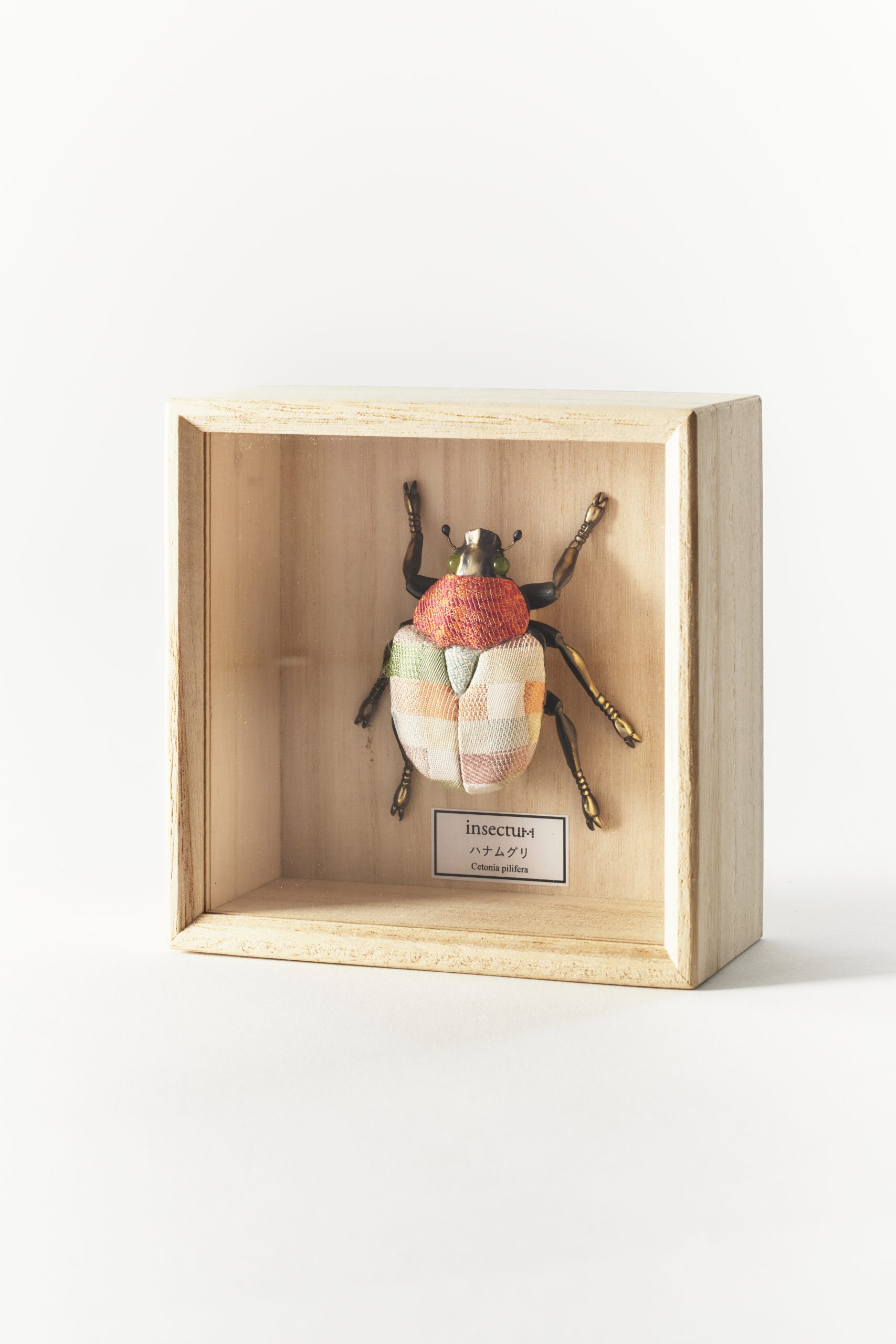 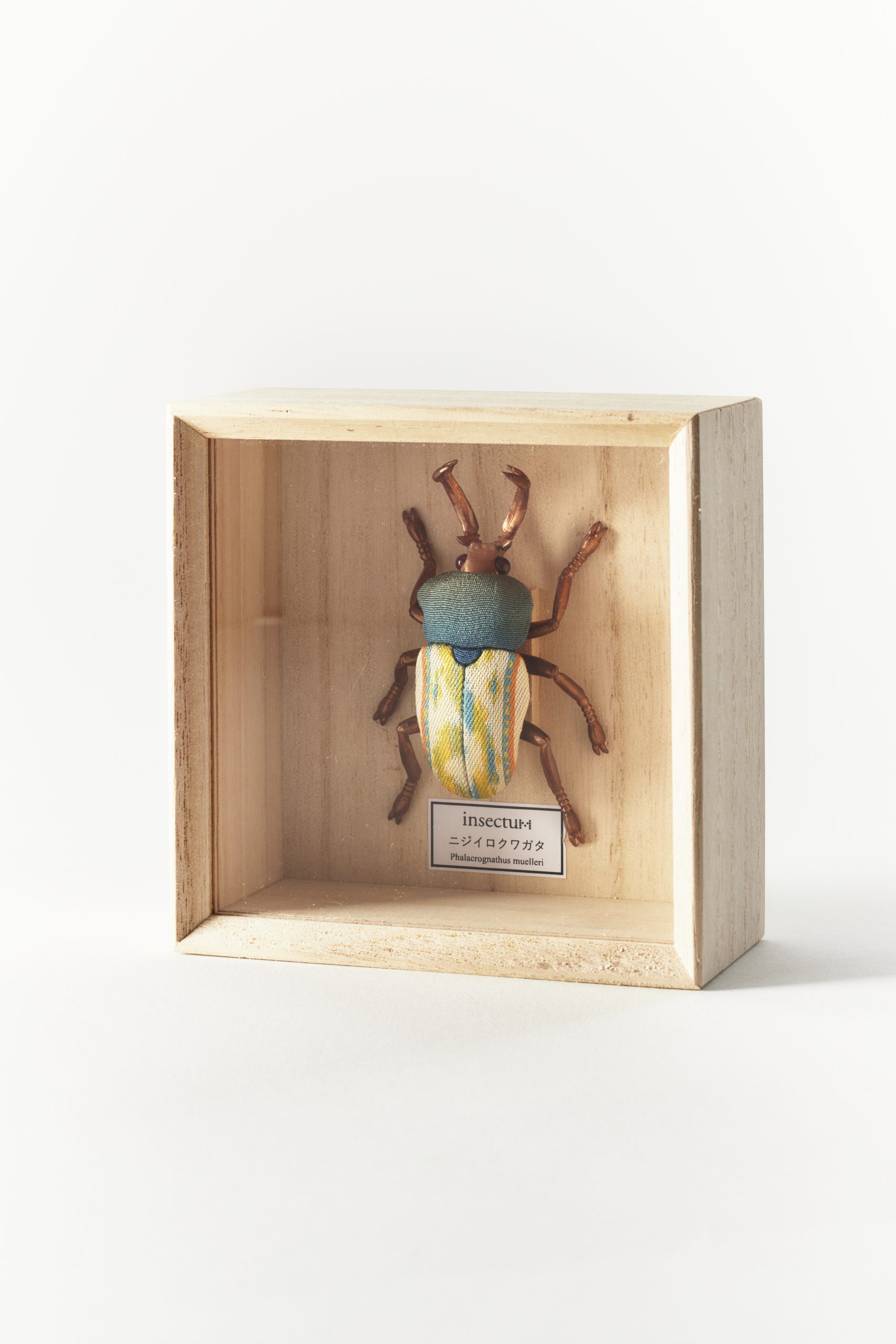 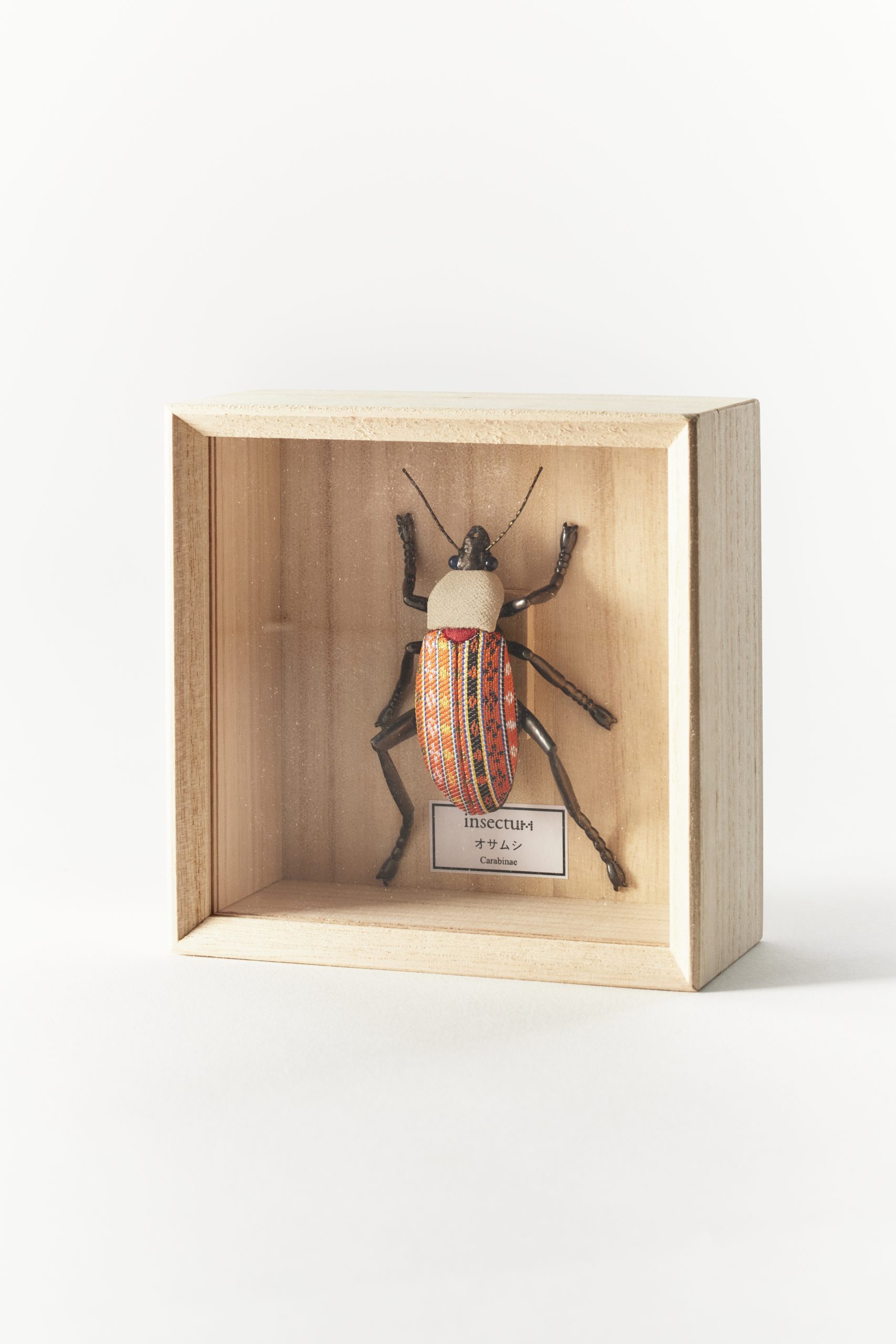 The insectum series is comprised of insect-like objects
born by combining the traditional technology
behind kimekomi dolls
from the Edo period with
today’s digital fabrication technology
(for manufacture based on digital data).

Featuring realistically reproduced legs, antennas,
and other body parts using 3D printers
and other advanced technology,
the insects wear eye-catching costumes
made of cloth with colorful patterns,
based on the kimekomi technique.
The process culminates in the production of
what can be termed “artistic insect specimens.”

Edo kimekomi dolls are
“dressed” by tucking the cut fabric edges
into grooves carved into their bodies.
The designer Kohei Chubachi hit upon
the idea of making insect objects
by the resemblance of the surface
and groove composition to the backs of beetles
and other insects covered with shells.

Mitsumasa (Koikko) Matsuzaki,
a seasoned artisan in the field of Edo kimekomi dolls
and the third head of Matsuzaki Dolls,
tried a number of different approaches to
making the base for the insect backs.
With some advice from Chubachi,
he settled on the current form,
which involved his first-ever use of a 3D printer.
He said, however, that it was exceedingly difficult for him
to execute the kimekomi technique
on the small backs made of hard resin.

The insectum series was born of the meeting
between traditional technology and advanced technology.
In spite of their small size,
the figures radiate a presence
like that of exquisite works of art,
and are bound to fill those
who see them with genuine amazement.