The history of the kumihimo (braided cord) introduced to Japan via the Silk Road stretches back 1,400 years. As it spread throughout the continent together with Buddhism, it became an essential part of Japanese culture as decorations for costumes of nobles, as items of elegance on the swords of samurai warriors, and for tying the obis onto kimonos.

The company Domyo, which was founded in 1652, has continued to preserve the dyeing and hand-weaving traditions for kumihimo (braided cords), as well as discovering new ways of utilizing them. 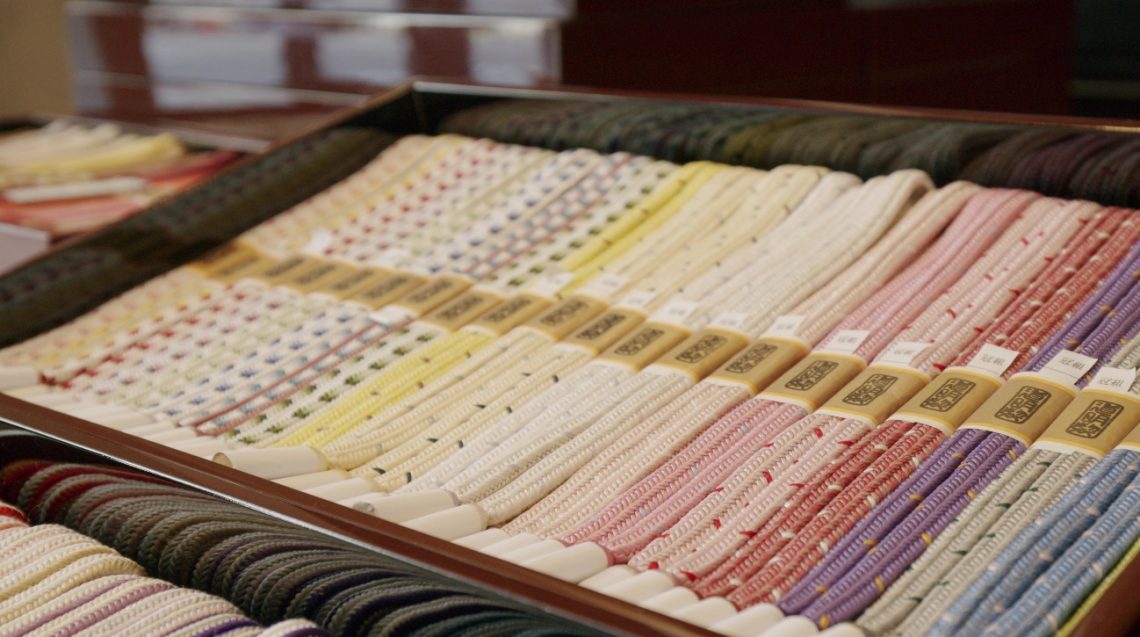 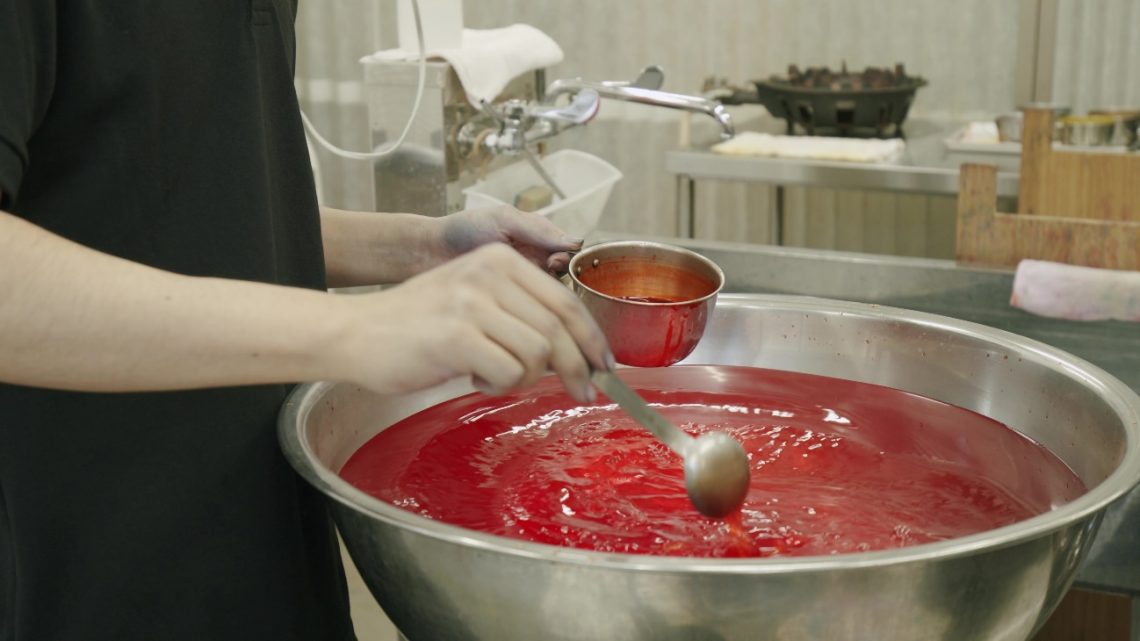 There are no specific recipes for formulating the colors. The craftsmen adjust the contents while cross-referencing them against samples in accordance with various elements, from the weather on that day through to their own physical condition, and then decide on how long the kumihimo cords should be submerged in the dye. 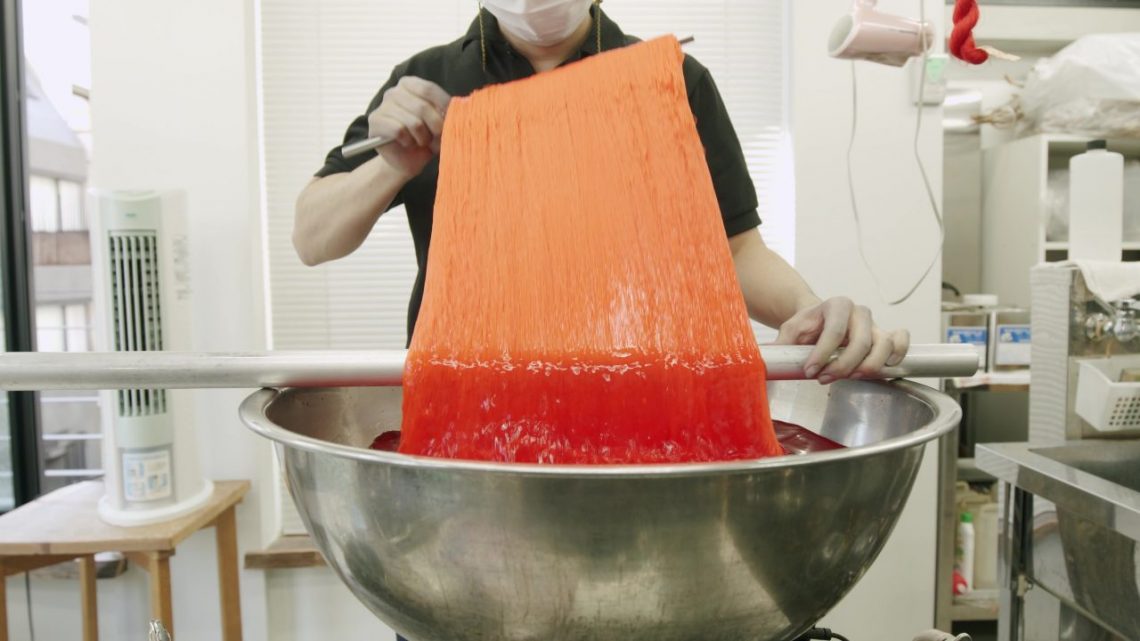 After drying and warping the yarn, it is then wound onto reels and attached to the weaving block, where the craftsmen slowly weave it into cords. Some of the craftsmen learned their trade in kumihimo lessons, over the course of more than fifty years, and others were selected after sitting examinations and gaining skills that are equal to the craftsmen. 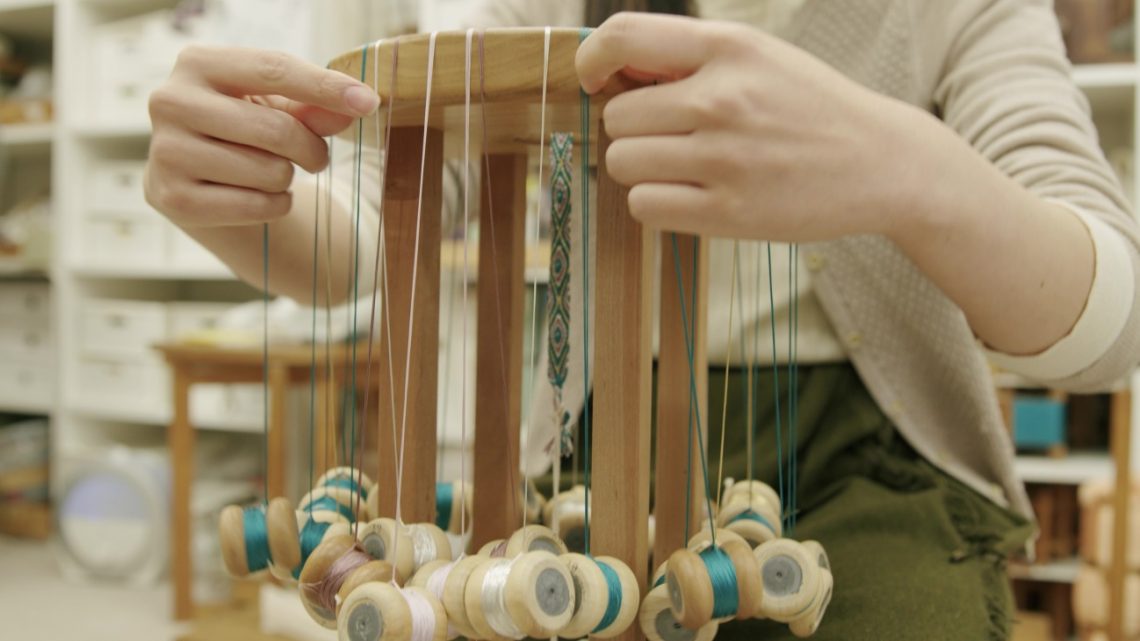 The people who come up with the kumihimo designs are employees involved in all of the processes from production through to sales. Inspired by scenery, events, and art from all eras and countries that have come to their attention, they cover every nook and cranny within their own field of specialty to create a new world within each cord. 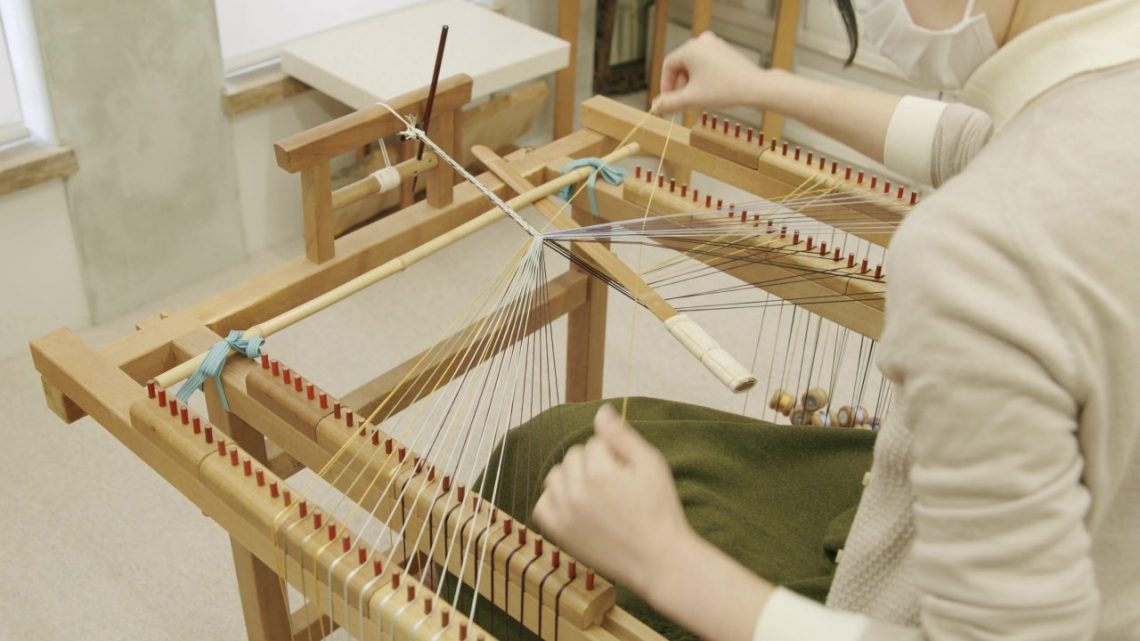 The cords braided by the craftsmen do not stop at the decorative cords used for securing kimono obis in place.

They have expanded their interests into making the best use of the skills they have accumulated in the production of traditional kumihimo cords in the sale of new products targeting western accessories, such as neckties, earrings, broaches and bracelets, which are sold in DOMYO, a brand specializing in western accessories that was opened in 2015. 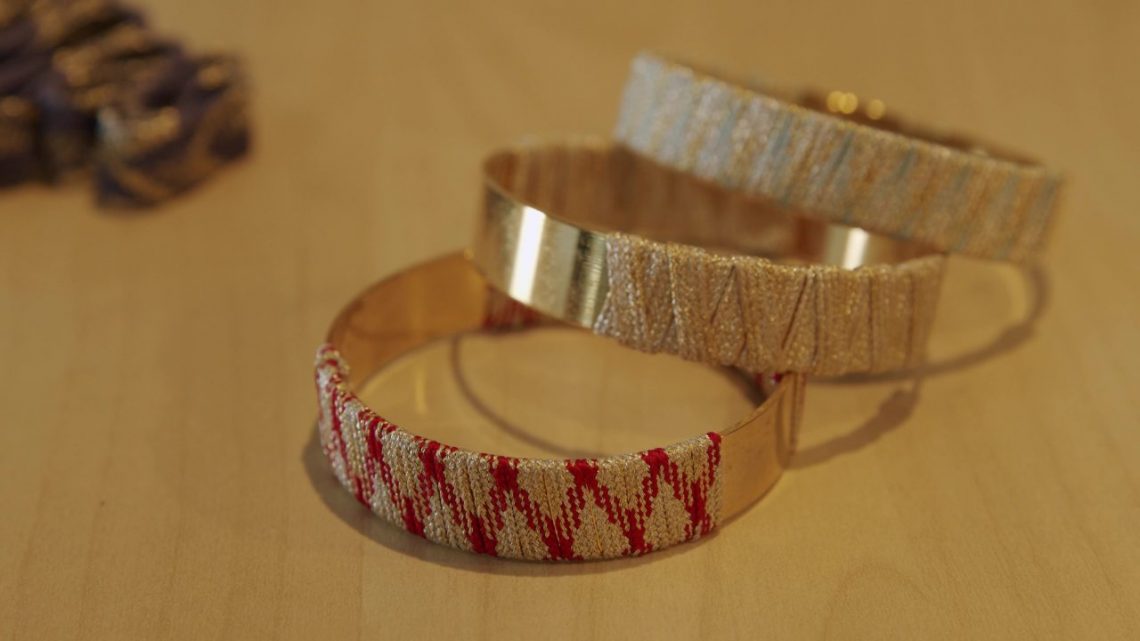 As the markets globalize, Japan can be viewed as a single region within the world. I believe that we will arrive at a situation in which specific items from Japan will spread around the world in the same way as when specific items spread around Japan from regional localities in the past.”

It is in this way that president Kiichiro Domyo is viewing the future.

A single trend that has been established for more than a thousand years by countless craftsmen has come to roost as Domyo kumihimo braided cords at Uenoikenohata in Tokyo, and whereas they have been used as colorful decorations for daily life up until now, they are about to depart on a journey throughout the world. 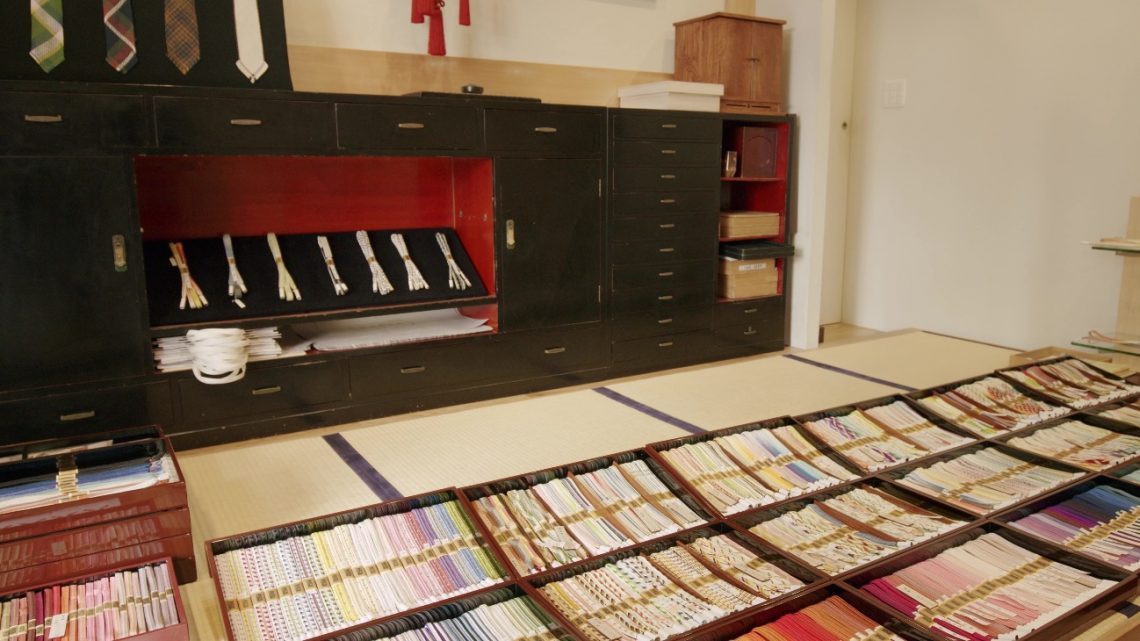