“Traditional crafts are for everyday use. They have no meaning if they are not used.” 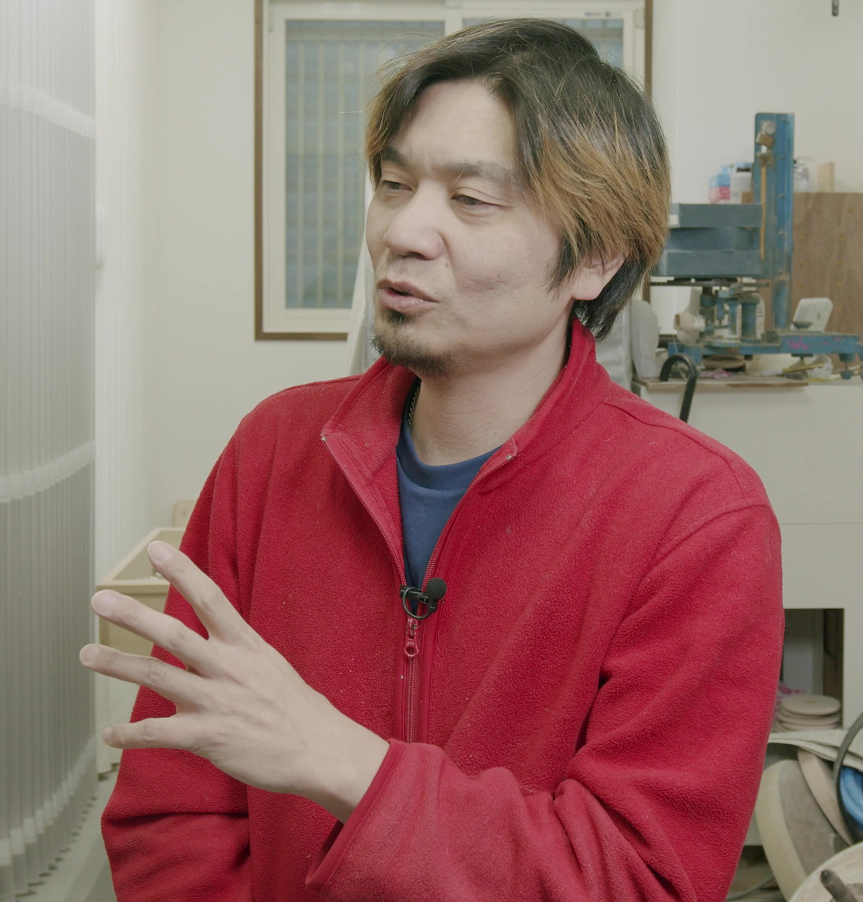 Traditional crafts are not produced for the purpose of viewing in the same way as art. They are produced so that we can enjoy better lifestyles. Storing them away out of a fear of breaking expensive items is in itself a waste. I believe that it is quite natural to use them on a daily basis.

If you just want a vessel to drink from, then a plastic cup will serve the purpose. Having said that, I’m sure everybody has experienced the fact that alcohol tastes completely different when drunk from a plastic cup and from a fine glass product. 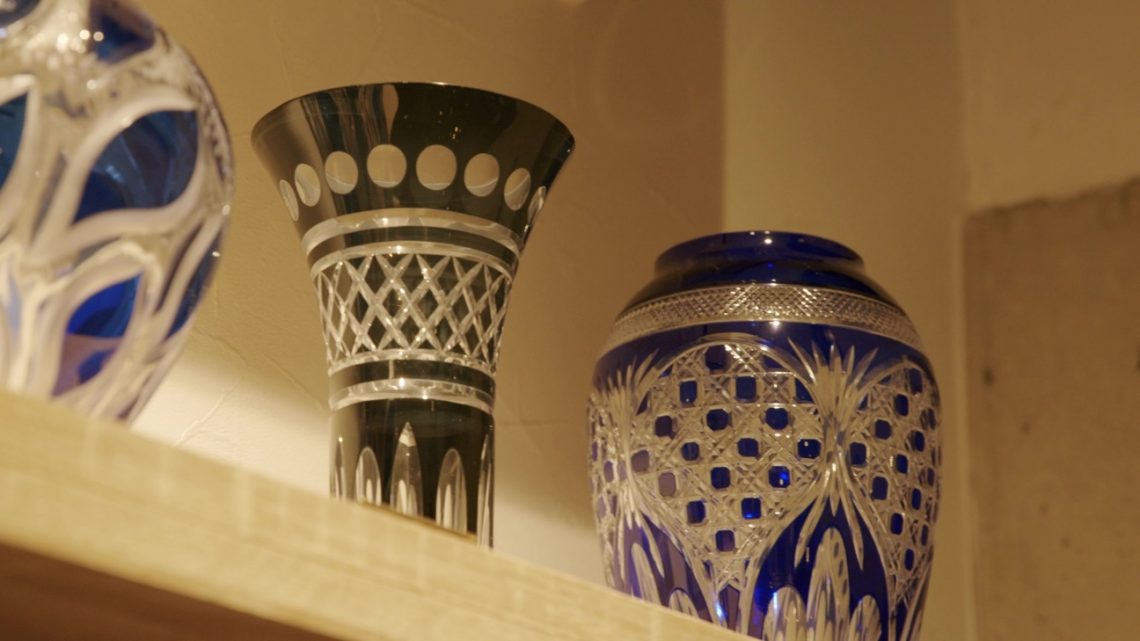 It has been scientifically proven in experiments that the sense of taste is affected by what can be seen, heard and felt. Beautiful designs and colors that delight the eyes and the feel of fine items in the hands and on the lips are all elements that go to create the sense of taste.

It is because of this that I believe that everyone should introduce fine articles into their everyday lifestyles to turn every day into a pleasant experience.

This craftsman is firm in this belief. 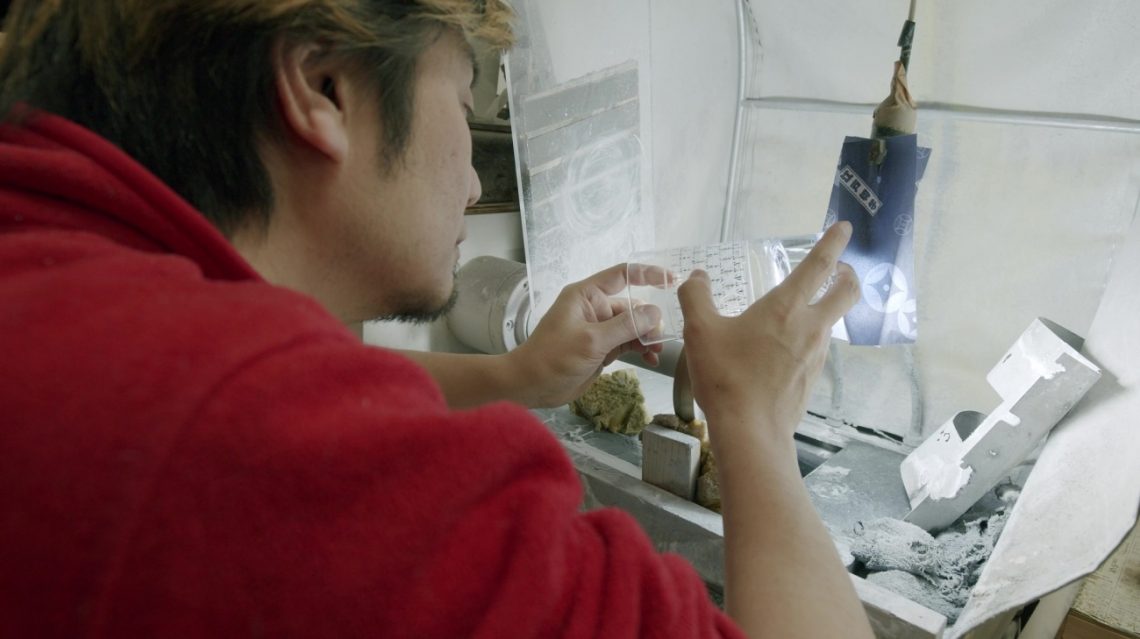 Shimizu first came into contact with the Edo Kiriko style of glass cutting when he was in the second grade at junior high school. He was fascinated by watching Edo Kiriko demonstrations during an event held at a department store, and went to watch it every day. He had a vague feeling that one day he wanted to become a craftsman, and when the man giving the demonstration jokingly asked him if he wanted to study under him, Shimizu took him at his word and became an apprentice under him after graduating from high school. 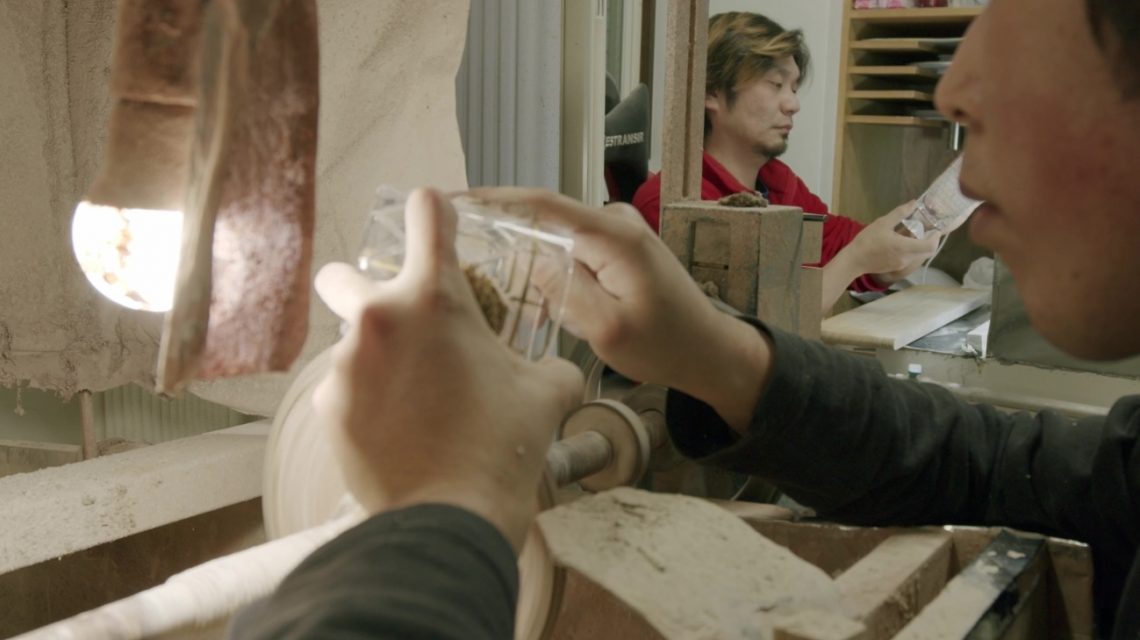 The first skill he learned was hand polishing. This involves using both the hands and the eyes to carefully polish the cut surfaces, and it is a task that takes time. This young man, who was charmed by Edo Kiriko in his youth, learned each of the techniques involved one by one, and after studying for around a dozen years, he finally became independent and set up his own workshop and store. 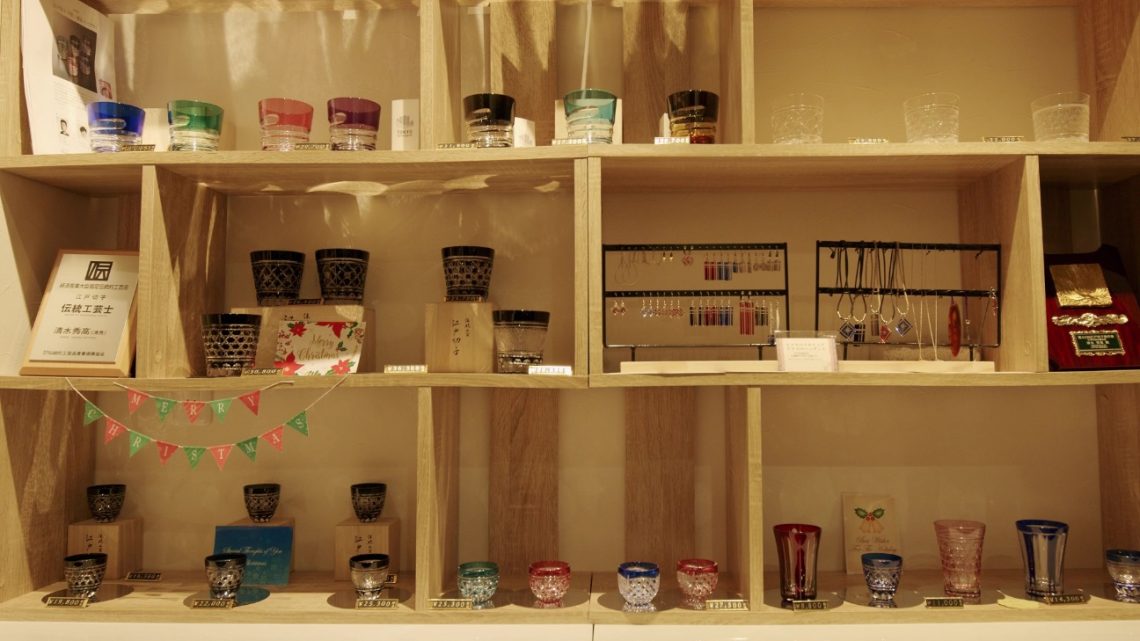 Approximately thirty percent of the people Shimizu encounters in his daily life have never heard of Edo Kiriko. In order to reach the hearts of these people, he continues to make the best possible use of the hand-polishing skills he has mastered to discover new designs.

Teaching people about Edo Kiriko and other traditional crafts so that they become familiar with them and use them on a daily basis to improve their lifestyles.

A future in which this becomes the norm is what Hidetaka Shimizu currently has his eye on.