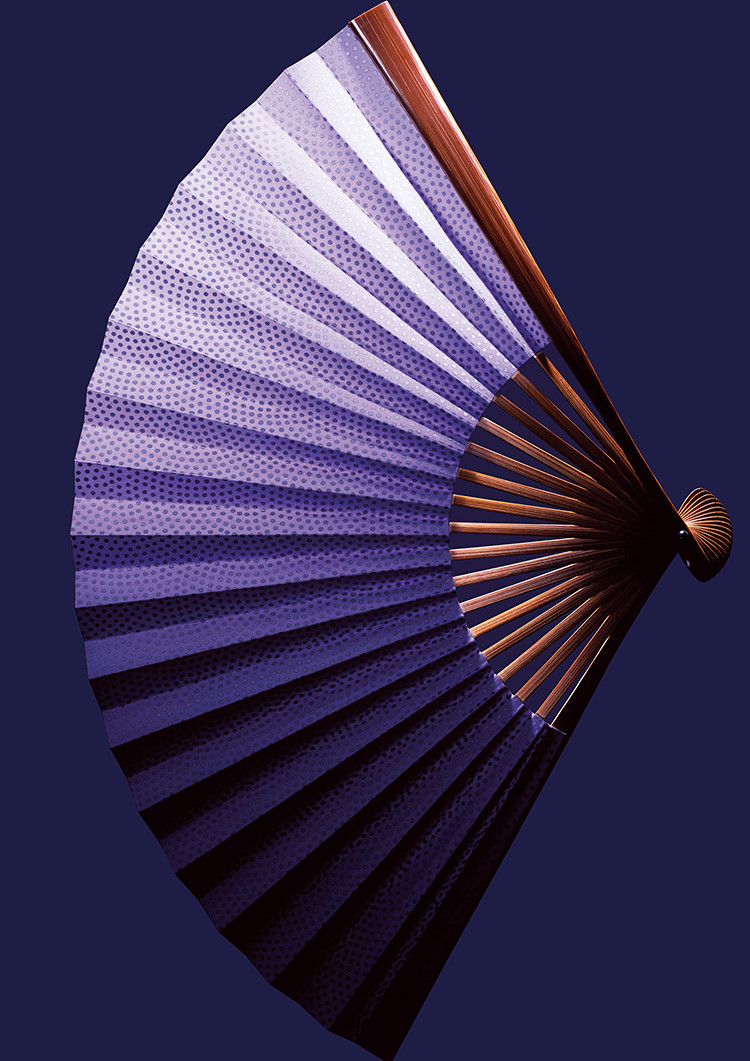 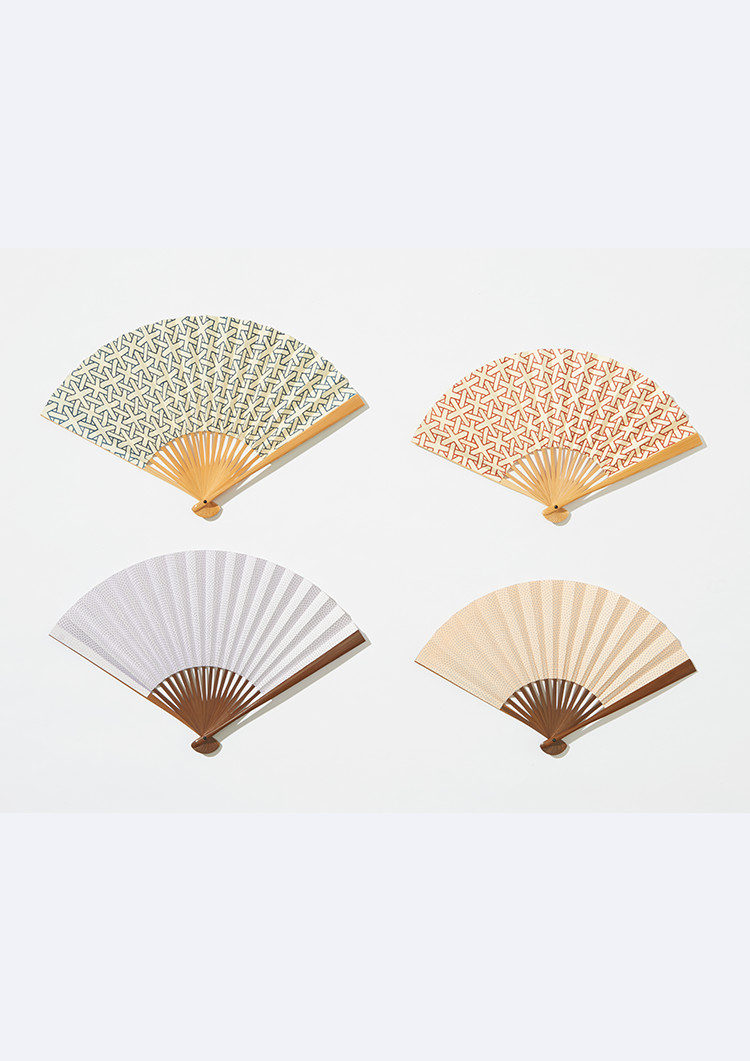 Unfold the sensu fan, and a stylish Edo pattern appears. “Bishamon-koushi” is a pattern taken after the Bishamonten (Vaisravana) of Kagurazaka, Tokyo. “Samé-komon” (shark pattern) is a typical komon pattern. Unlike the colourful and glamorous designs of Kyoto Sensu, the Edo Sensu with its “iki” and refined appearance is cool and graceful. The brisk snapping sound it makes when folded is also cool. There are about thirty ways to make a sensu fan. And unlike the divided tasks among different craftsmen required in Kyoto Sensu, every task for producing an Edo Sensu is performed by just one craftsman. And that brisk sound can only be created through years of performing each task meticulously. Today there are only a handful of truly skilled sensu craftsmen. The current generation is the fifth at Unkindo Fukatsu Sensuten (fan shop). She inherits the proven skills and aesthetics. Even the Edo patterns are finished with colours to match today’s tastes. And when the fan rib material changes to either white bamboo, Karaki dyed bamboo, smoked bamboo or black-dyed bamboo for instance, the entire appearance of the sensu changes even if with the same pattern. Despite being a tool for inducing airflow, more profound ways are hidden for Edo Sensu to be enjoyed.