The sound ‘pa-chin’ is the mark of diligent work.

Just by holding the sensu (fan), is flaws and strengths are revealed. The current owner of the Unkin-do Fukatsu Sensuten traditonal fan shop is Yoshiko Fukatsu. This she inherited from her father Kouzou Fukatsu, a noted maker of ‘maiogi’ fans for dancing, as used by the kabuki actors Tamasaburo Bando and Tokizo Nakamura. One famous teacher of dance is said to have remarked of Kouzou’s maiogi “by holding them the dancer’s poise becomes good, and their skill in dance improves by several levels.” Yoshiko Fukatsu learnt the skill of making sensu from her father, and is now the fifth generation leader of Unkin-do Fukatsu Sensuten. She undertakes all of the around thirty processes required to make each fan, on her own. The quality in the sound when a sensu is shut, is evidence of the time spent on each process, and the devotion of the craftsperson to their task. The quality of Yoshiko’s work is found of course in the tight fit of the folds, but also in the clean lines of the surface. Picture designs for the fans are taken from the artwork of Yoshiko’s uncle, the Japanese painter Ryuzo Ikegami. Patterns such as Sanja Ami, Bishamon Goshi, Same Komon at others, express the style and aesthetic of old Edo. To these classic designs, each generation of sensu maker has brought subtle innovations to colour and design placement that reflect their era. Today Fukatsu also has an interest in collaborations with craftspeople and artists in other fields, all with the aim to spread the appeal of Edo Sensu across all age brackets and sexes, and to the wider world. 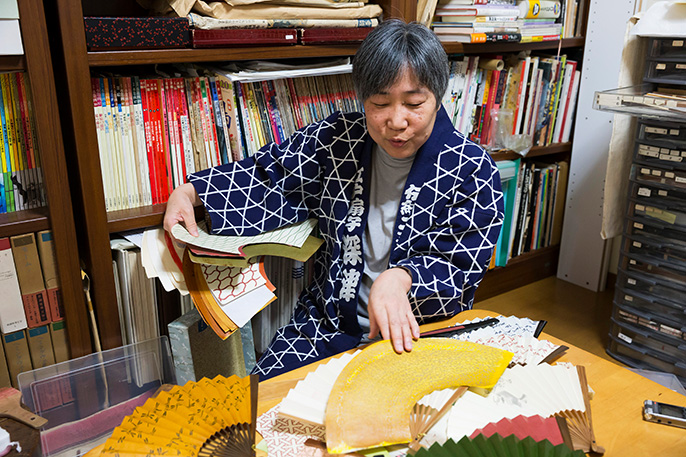 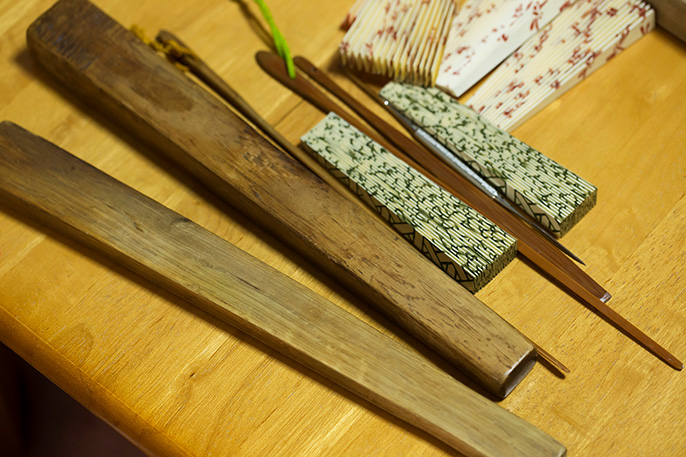 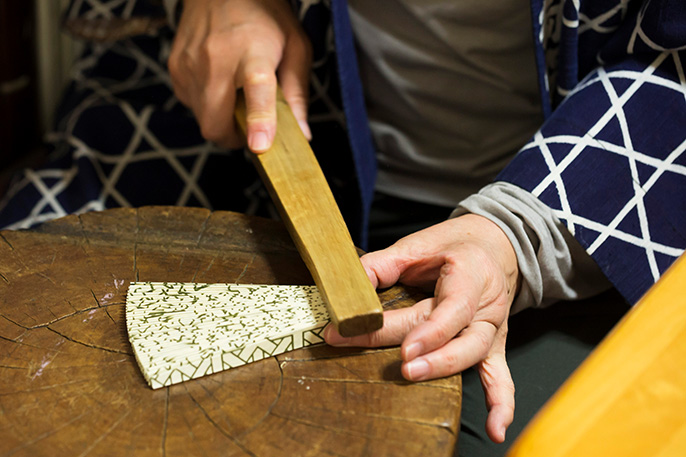 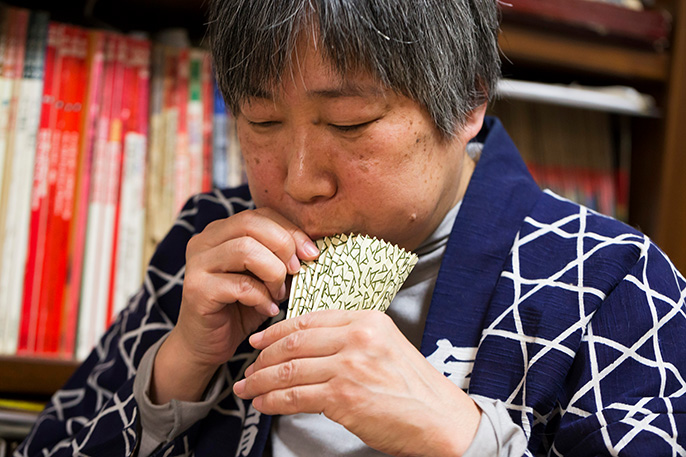 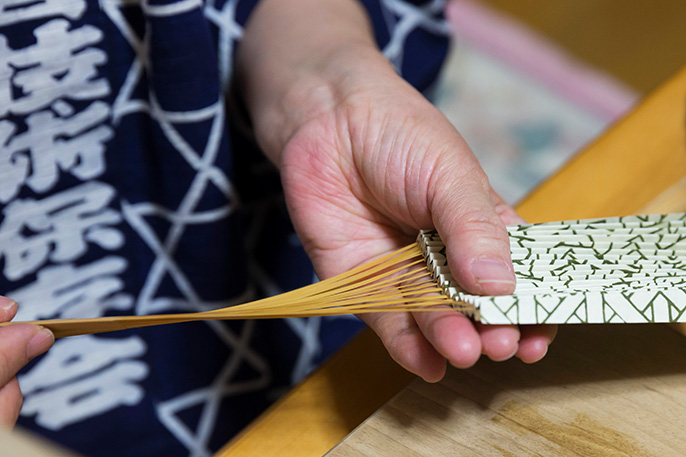 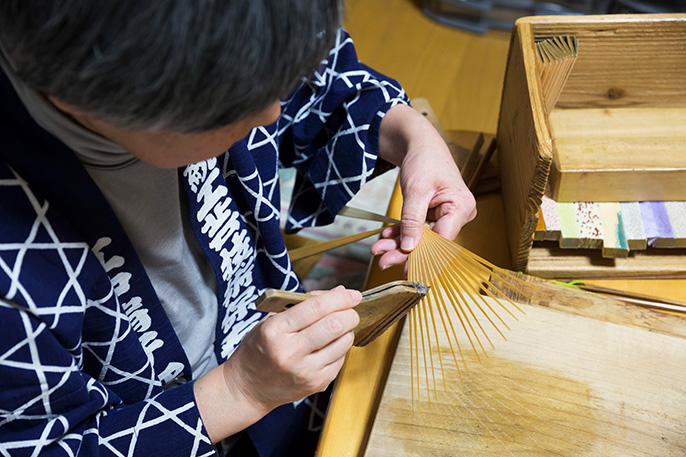