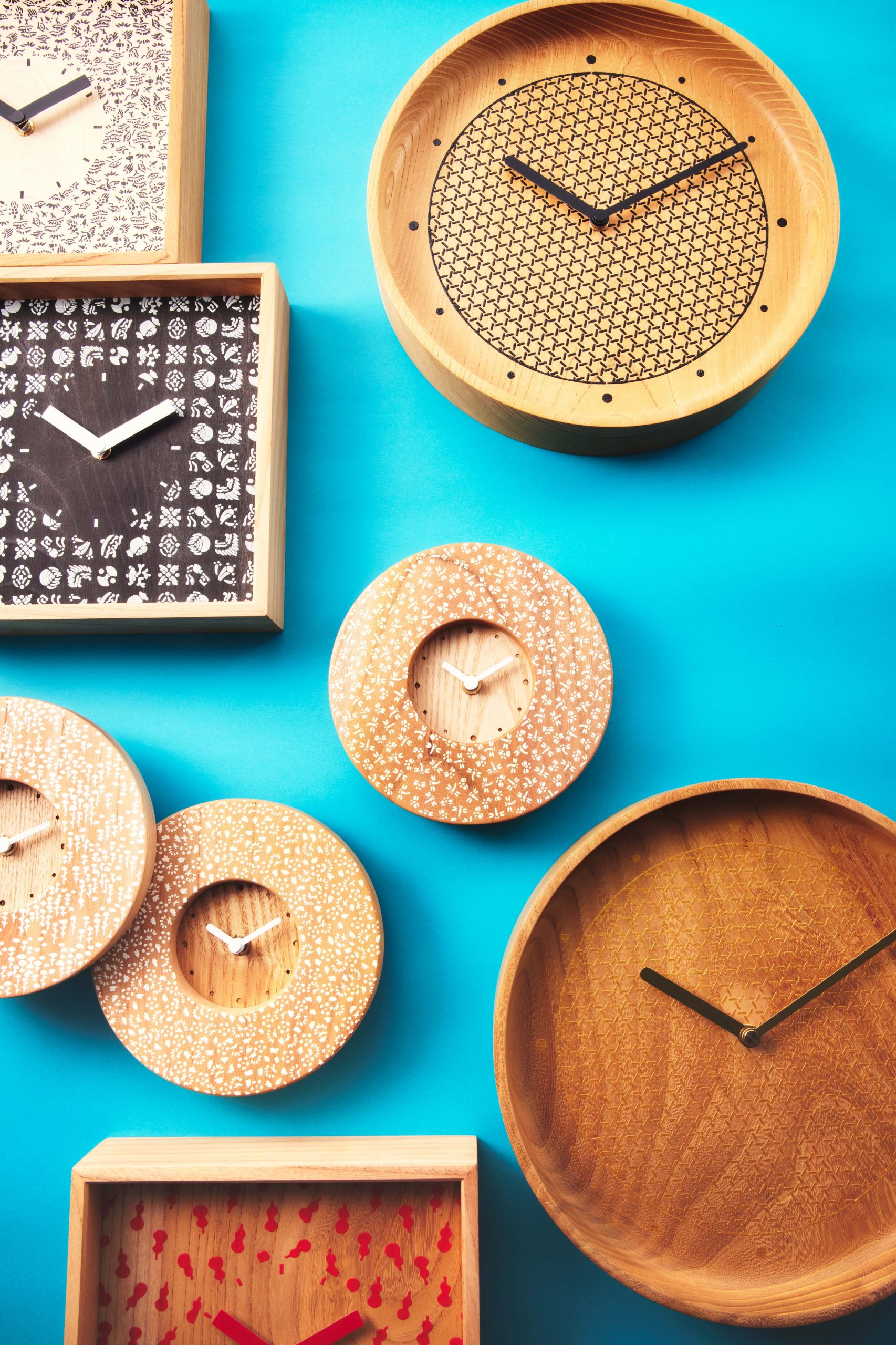 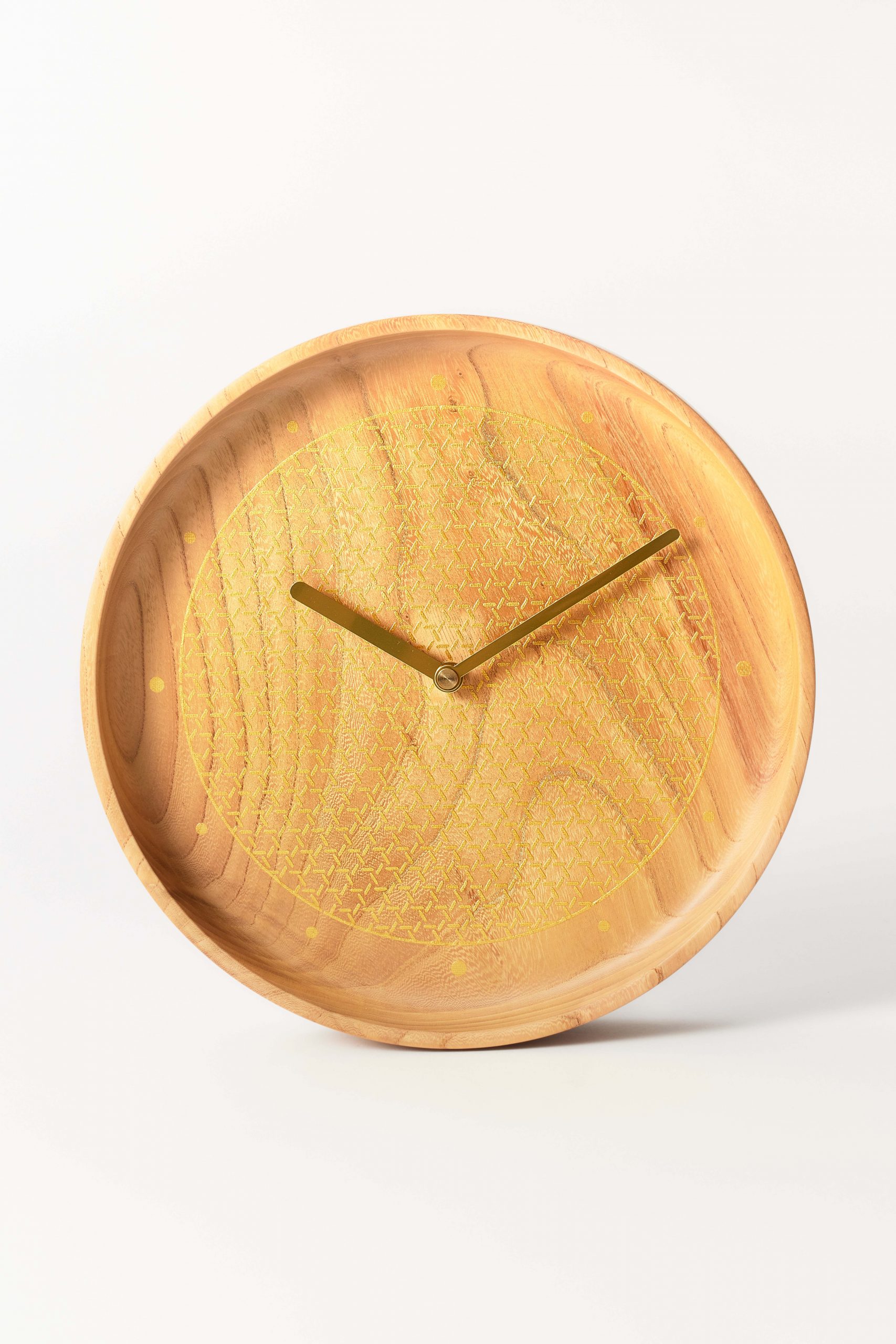 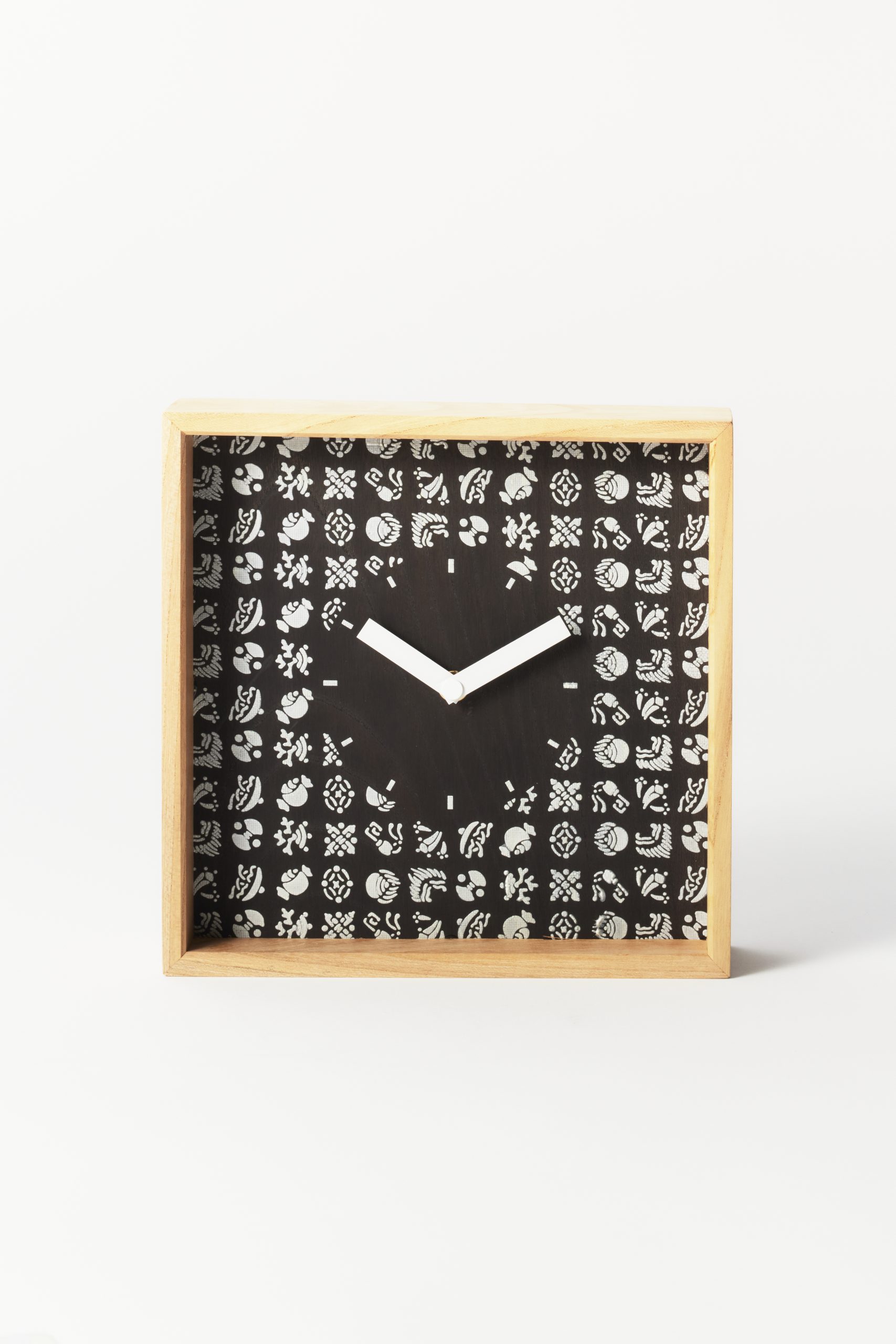 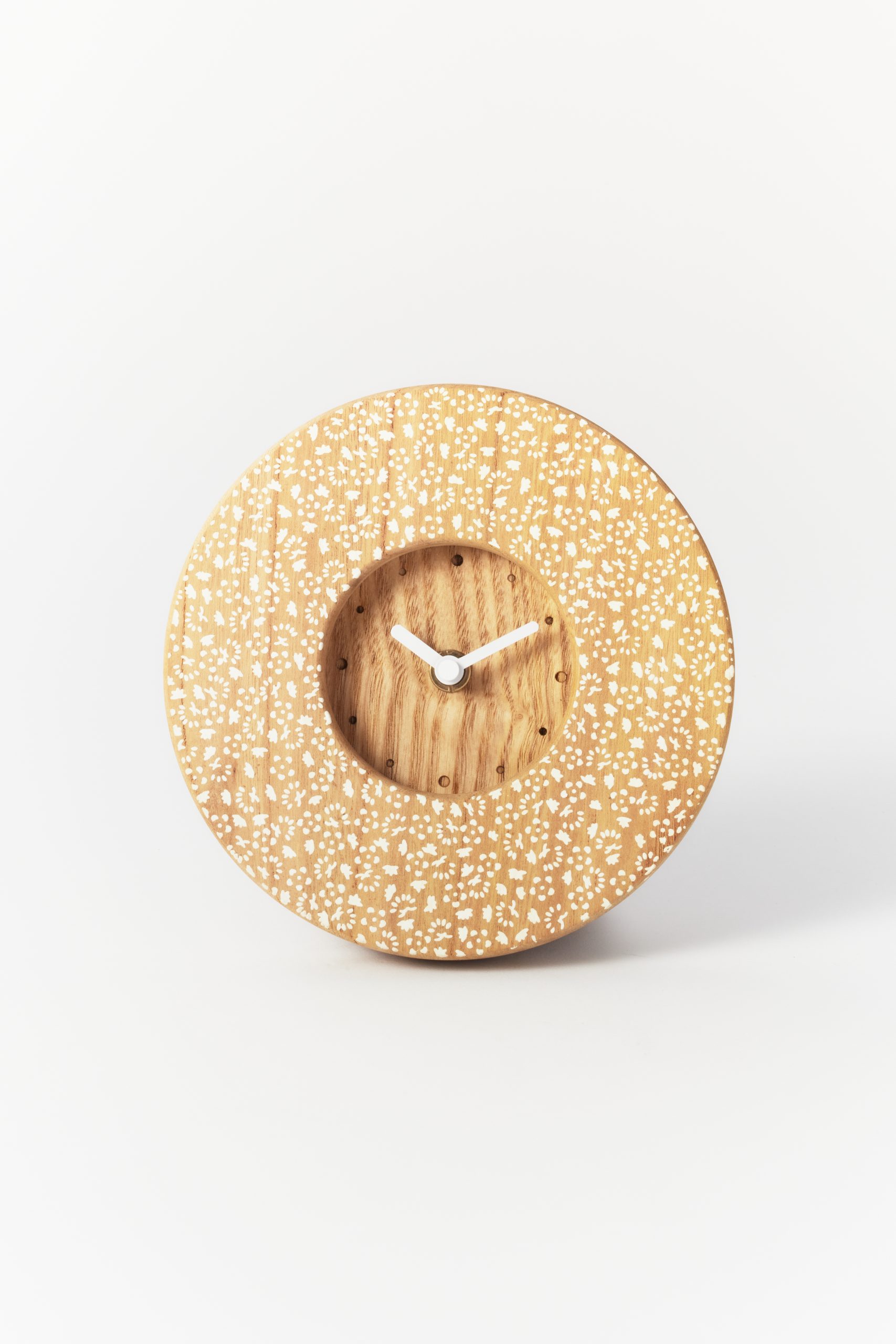 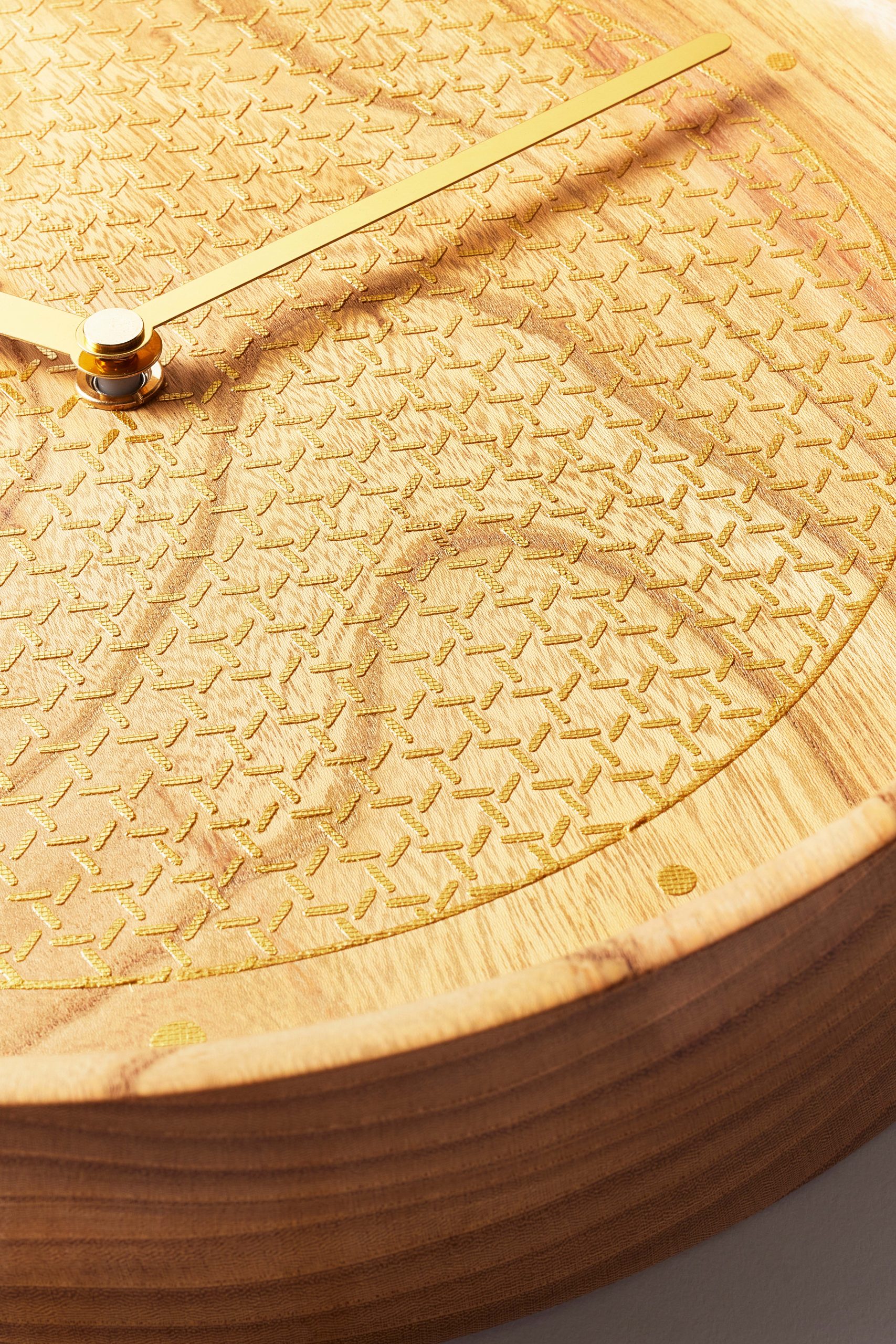 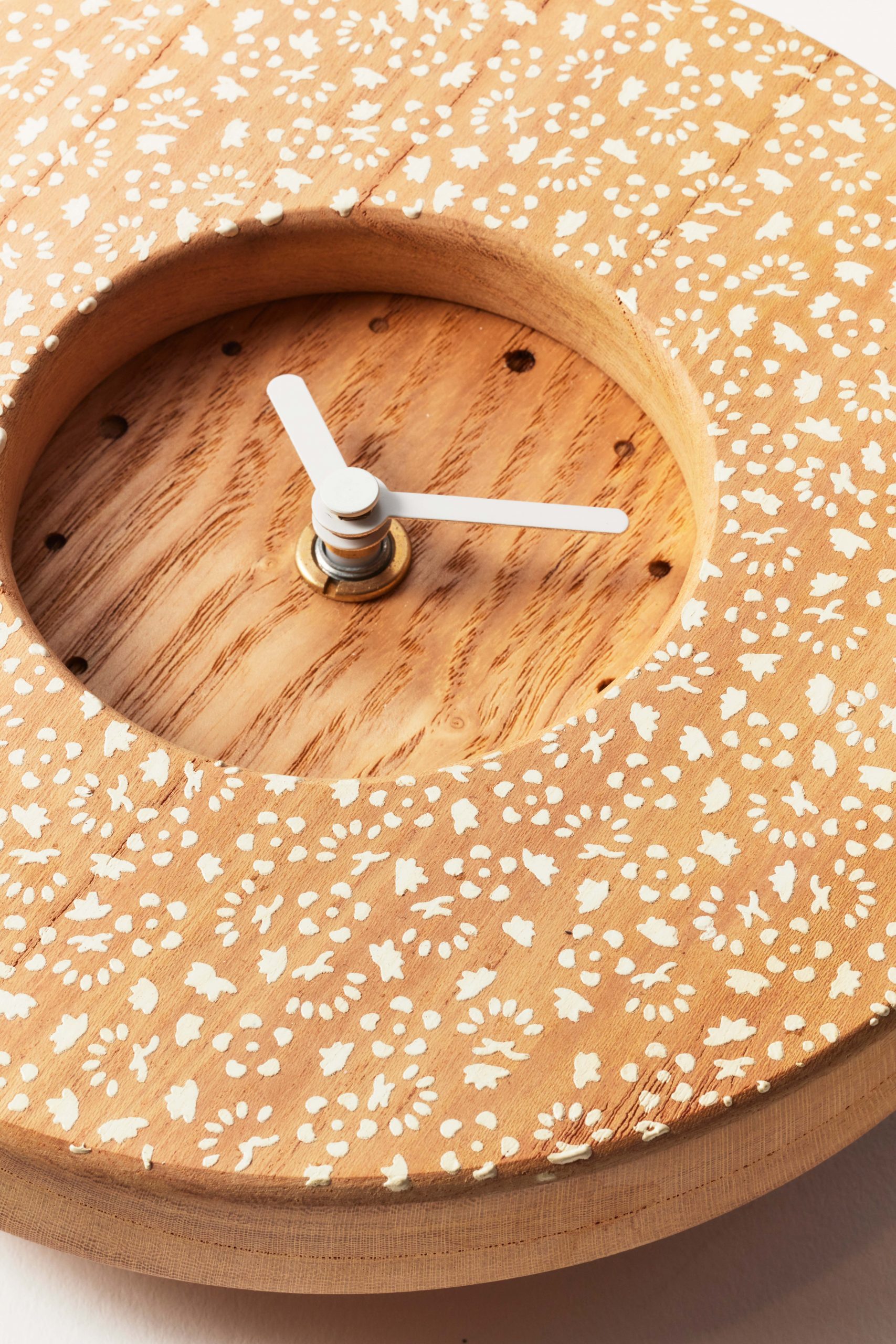 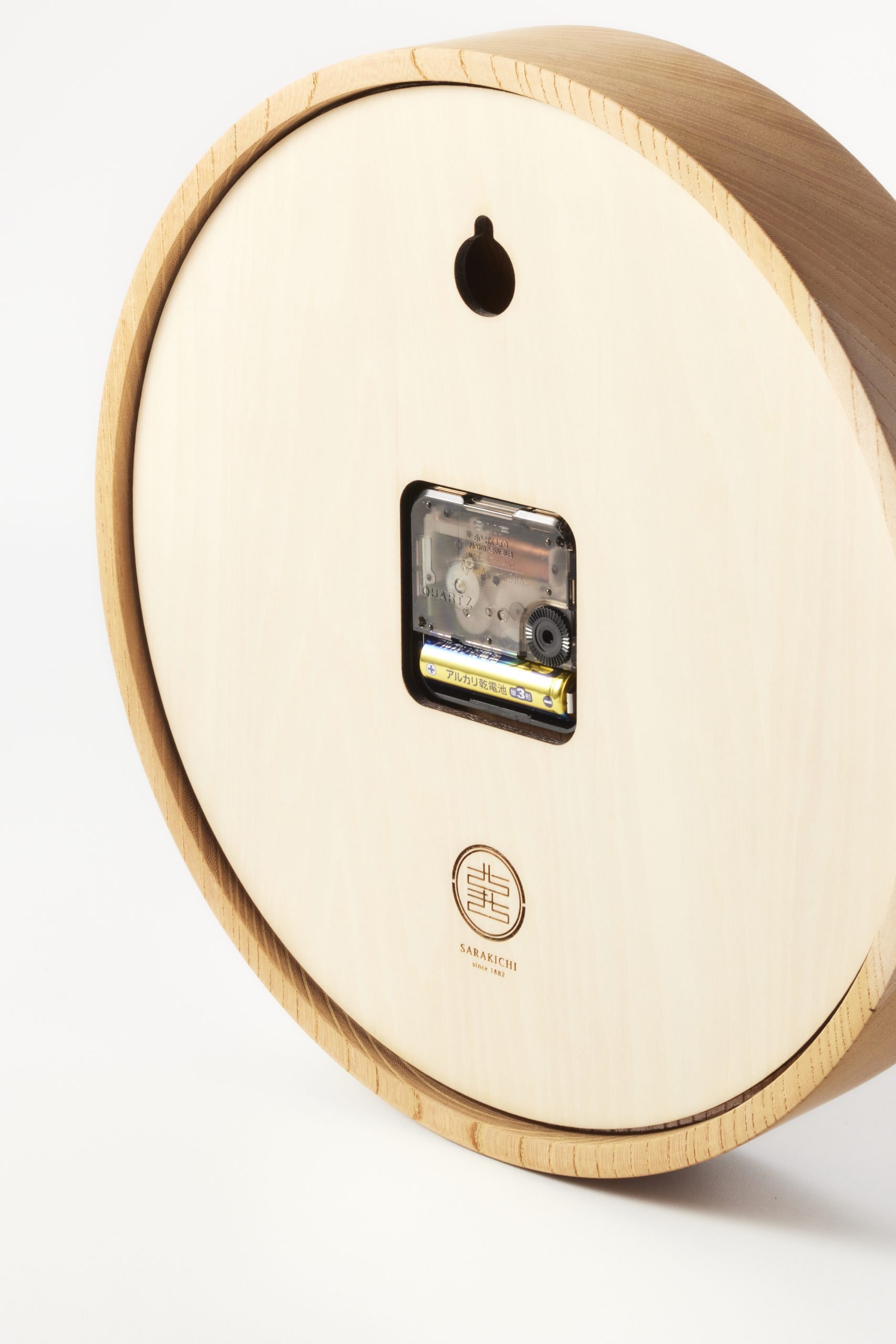 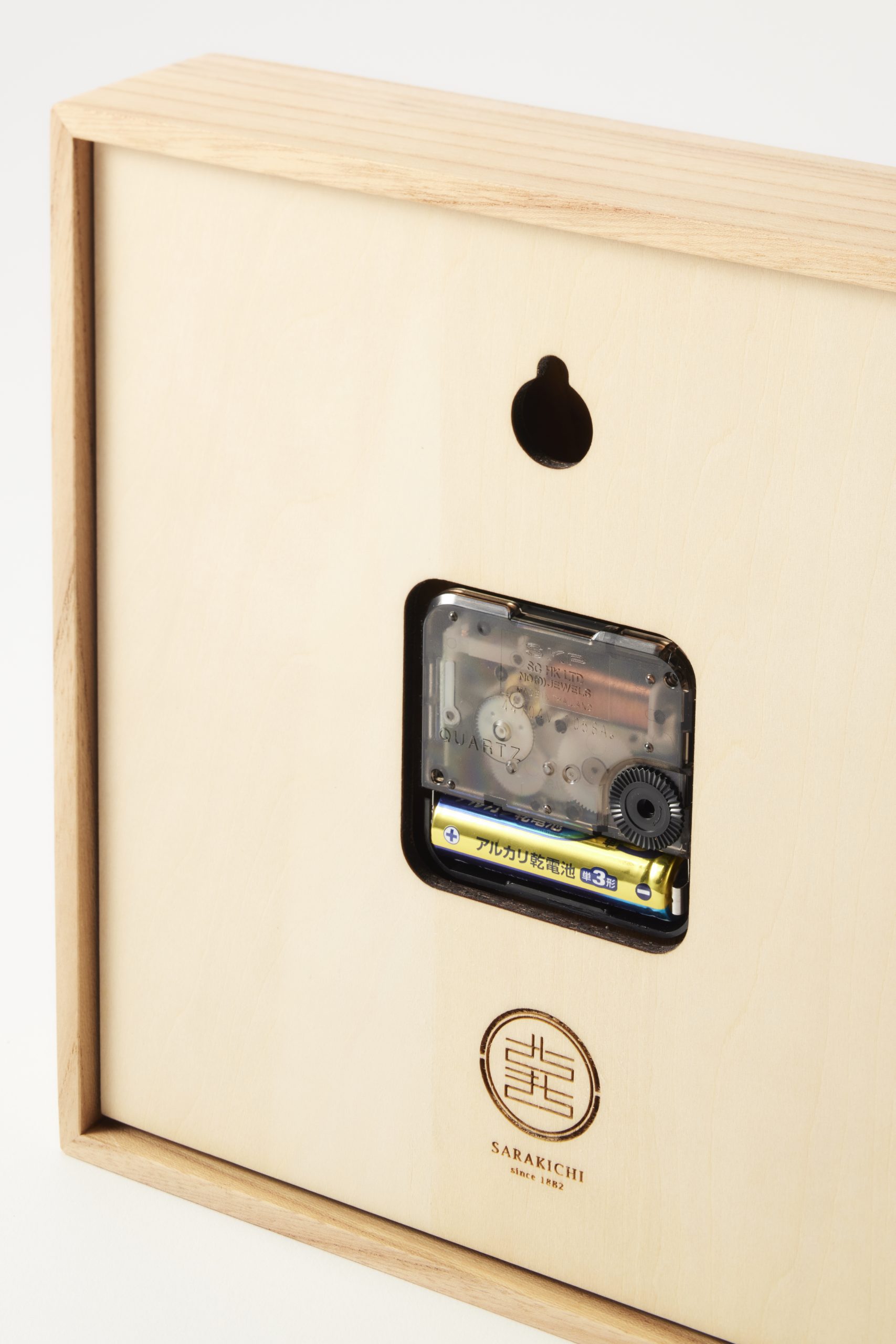 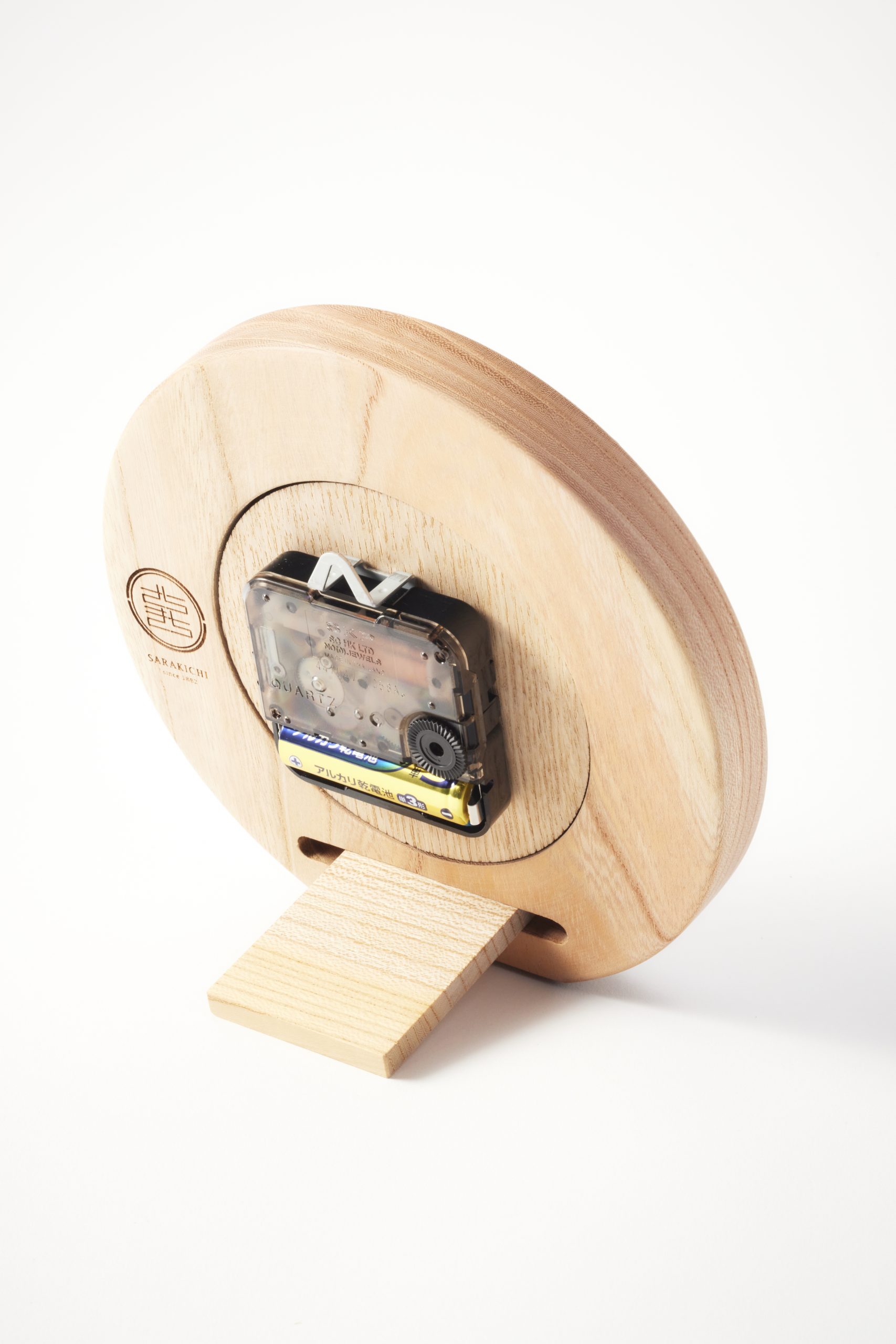 Edo Komon (fine printed patterns) reportedly originated
with the dyed patterns on the Kamishimo suits
of samurai on ceremonial occasions.
The patterns, which are so fine that the fabric appears
to have none from a distance,
were used on kimono to casually add a fashionable note.
By around the middle of the Edo period,
even common people had clothes with komon.
KOMON WOOD CLOCK is a decorative clock
produced by Tomita Senkogei,
which is still carrying on the stylish bent
of the people of Edo and presenting it
in forms closely attuned to modern living.

On the clock face,
which is made of the finest domestically-grown natural wood,
artisans make traditional Edo Komon patterns by printing them
one at a time, by hand.
Precisely because of their delicacy and fineness,
the patterns match any interior.
There are three types of clock design:
MIYABI, which emphasizes the texture of the wood;
GAKU, which puts the komon patterns in a wooden frame,
as if they were a work of art,
and KOBANA, which has a cute, round form.
To go with these respective clock designs,
Tomita Senkogei dug into the assortment of
tens of thousands of Ise paper patterns
it inherited and chose classics
such as Nobana (wild flowers),
Shochikubai (the trio of pine, bamboo, and plum trees),
Kagome (a woven pattern), Hyotan (gourds),
and Takara-zukushi
(Collections of figures symbolize health and good fortune).

Atsushi Tomita, the fifth head of Tomita Senkogei,
said KOMON WOOD CLOCK is infused with his hope
that people would spend some leisurely interludes
with it instead of being harried,
feeling pressed for time,
and counting each day in seconds.
It is the kind of clock
that will soothe those who incidentally glance at it
when they feel the movement of their biological clock
or sense the slant of sunlight.