Ward Indigo of Europe, Indian Indigo of India. There are different indigos around the world. Japan Blue might be the name given to the prized, deep colour achieved by the leaves of tadeai indigo. The fermented leaves of this plant create the ‘sukumo’ which is main element for dyeing. The main production region for these leaves is in Tokushima in west Japan. There not many specialists involved in growing the plant, with only 700 bales produced per year weighing 50kg each. Within this limited production, 50 of the bales are supplied annually to the Kosoen ‘Aizome’ (indigo dye) works. Kosoen can be found in a mountain hamlet in the outer western Tokyo region of Ome. In its storerooms wait fermenting ‘sukumo’ resting with lye, sake, bran, and lime. Eventually, a foam known as ‘indigo flowers’ will appear on the surface of the liquid, indicated that the time for dyeing has arrived. This normally takes around two weeks. The process needed to make this liquid for dyeing is called the natural indigo fermentation method, and it is practiced by very workshops. Kosoen was established in 1919, and now in its third generation, is led by Hiroshi Murata. He began his work in natural dyeing in the first year of the Heisei era (1989), and says ‘I believe that this kind of craftsmanship will once again have its day.’ This hope, and his belief in the quality of his work, is what drives Murata to seek to increase the fans of ‘Japan blue’ both at home and overseas. The Edo era centre of excellence in handmade indigo dye, Ome is once again receiving the attention it deserves. 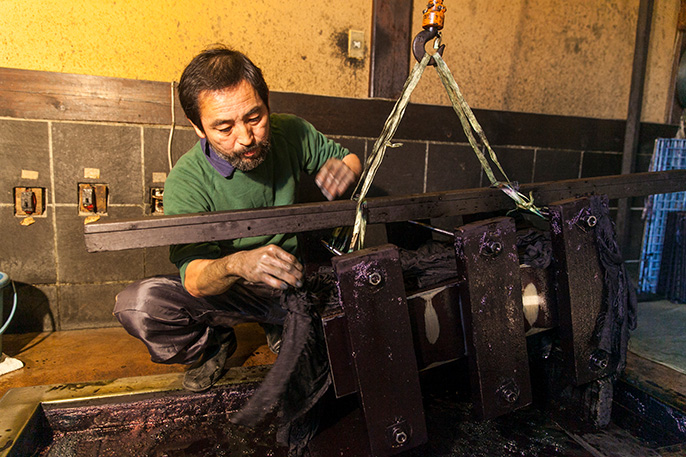 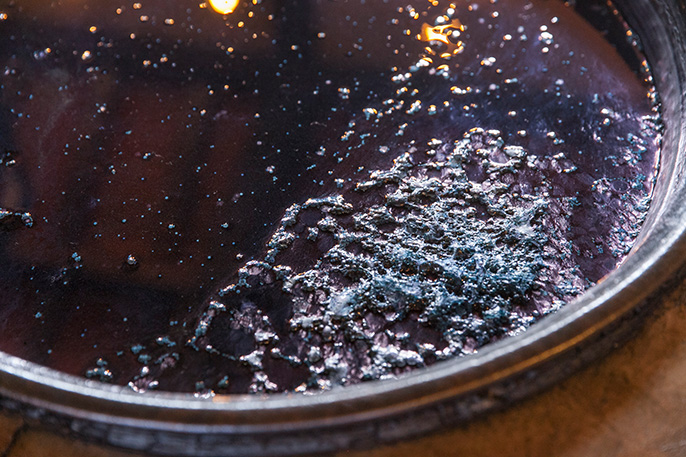 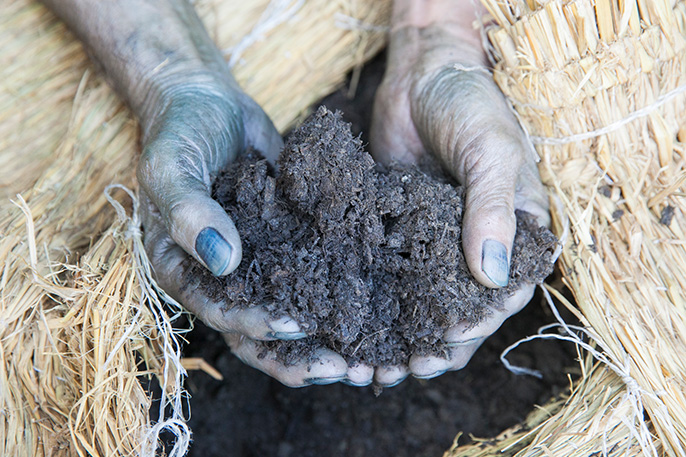 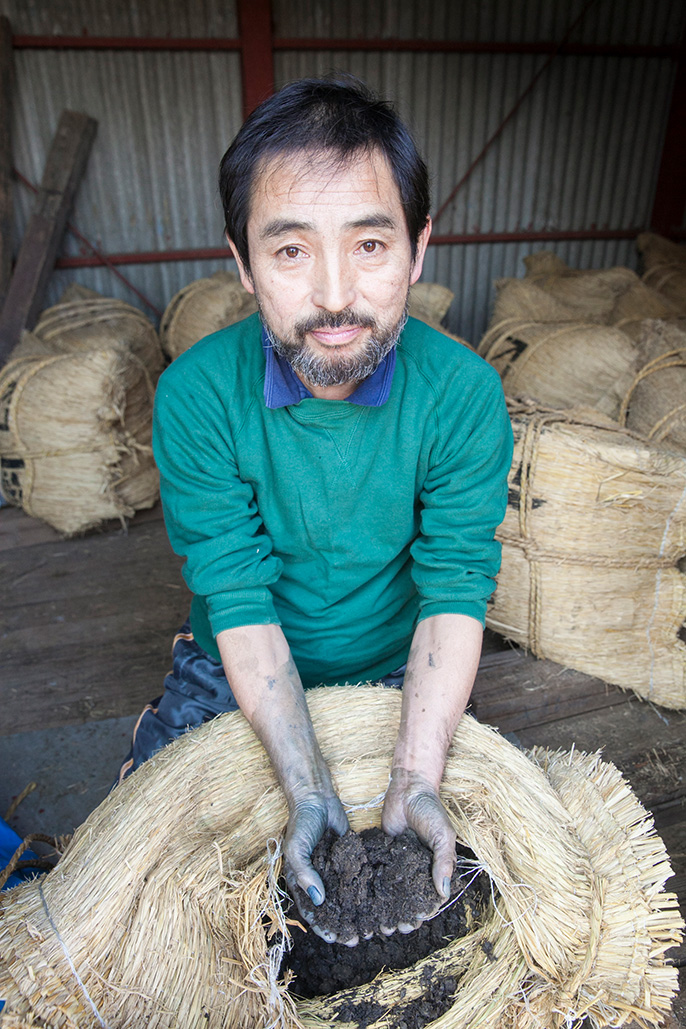 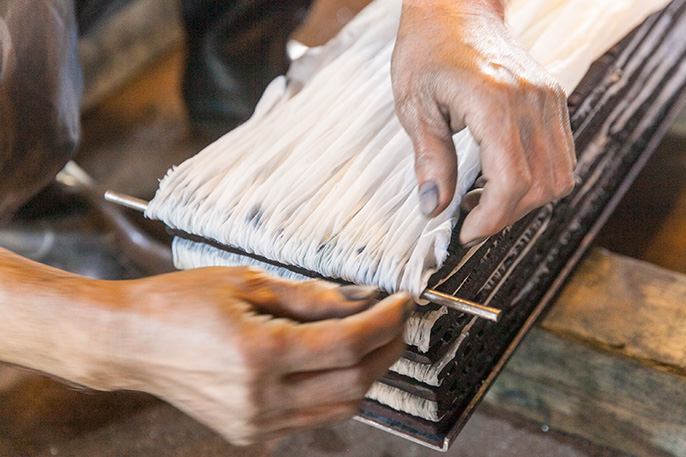 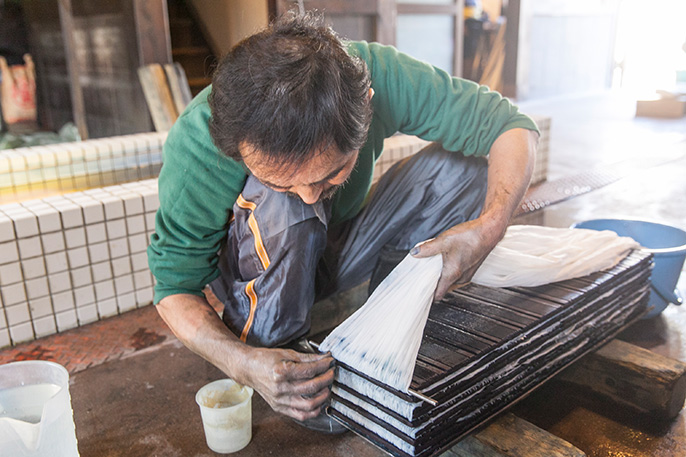 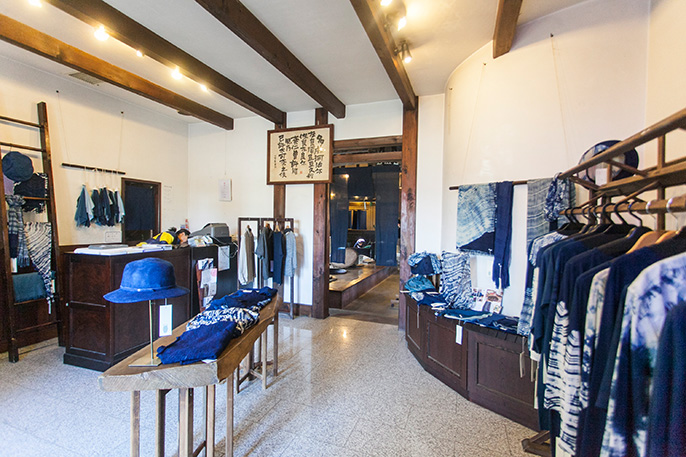