A Style that is Overflowing with Personality.

In the Tsukada Koubou father and son are working together in crafting Edo Kimekomi Ningyo, a Japanese style doll. The founding year of the workshop is 1973, when the current family head Mr Eishun Tsukada went independent. However, there exists a hidden genealogy. The ancestors from Mr Tsukada’s mother’s side, the Nagawa family, were a family of doll makers dating back to 1841. With 18 years Mr Tsukada became a disciple of his uncle Shunzan Nagawa, a fifth generation doll maker. After five years of training, Mr Tsukada went independent, though in order to learn moulding techniques, he also studied under the doll maker Kinya Maeda. ‘The most important thing when making a doll, is the overall balance’, these are the words of Mr Tsukada. Determining the balance of the doll’s head and body, and drawing the face, where the expression changes with one stroke of the brush. Going through the whole process, from creating the prototype to adding the final finishing touches, a doll with the overall balance pursued by Mr Tsukada emerges. And, focussing on the small details, you can see beautiful handwork without deviation. The style is overflowing with a sense of sincerity and gentleness of personality, not only found in the dolls, but also in Mr Tsukada’s scenery creations using the Kimekomi technique. ‘I want to be a doll maker that brings serenity to people’ Mr Tsukada says, and for this pursuit he continues studying every day. 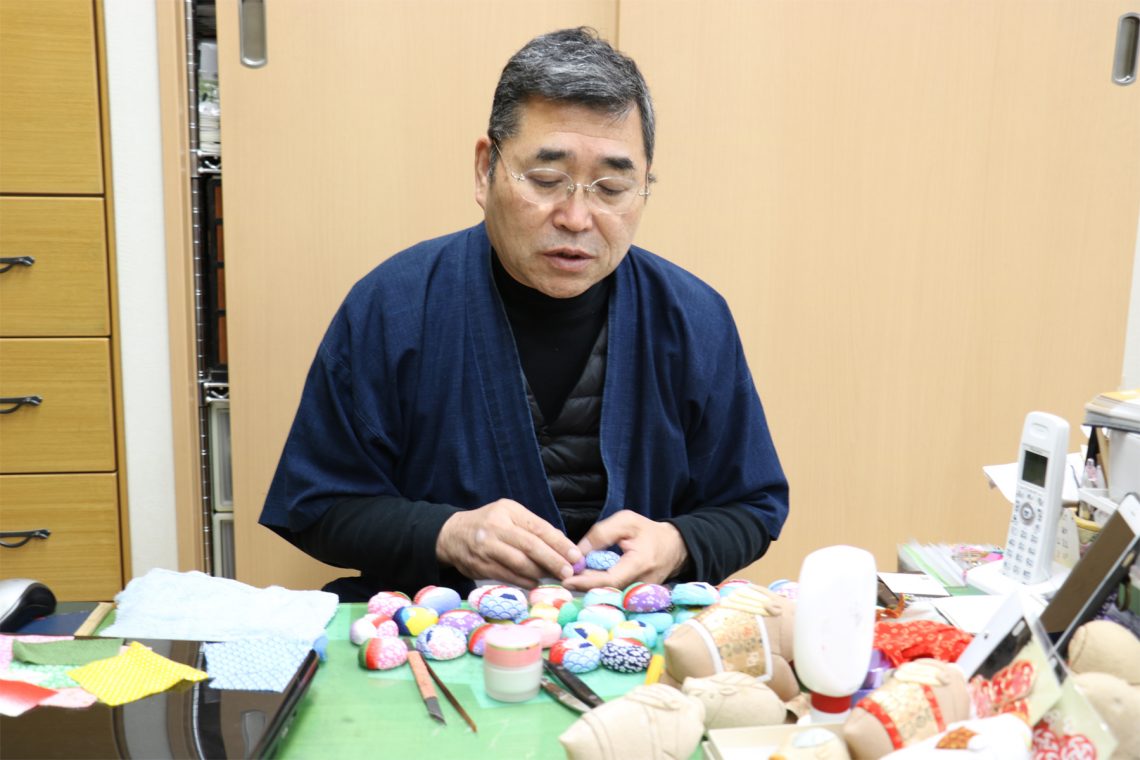 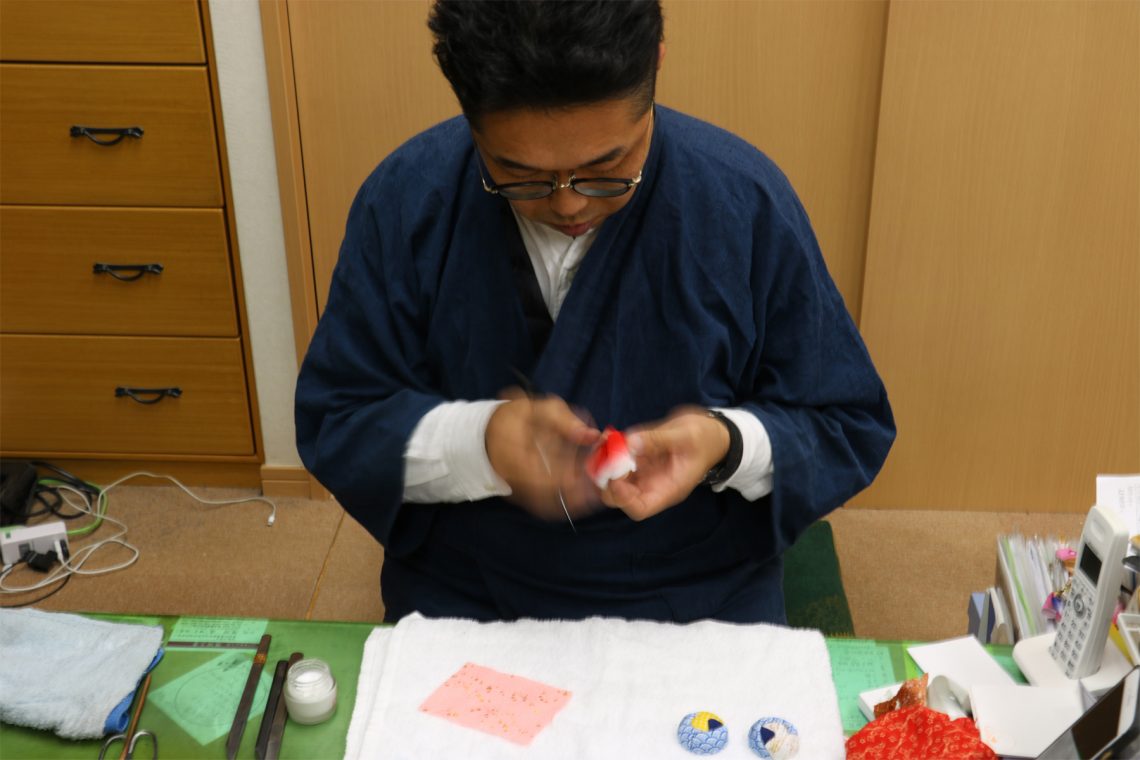 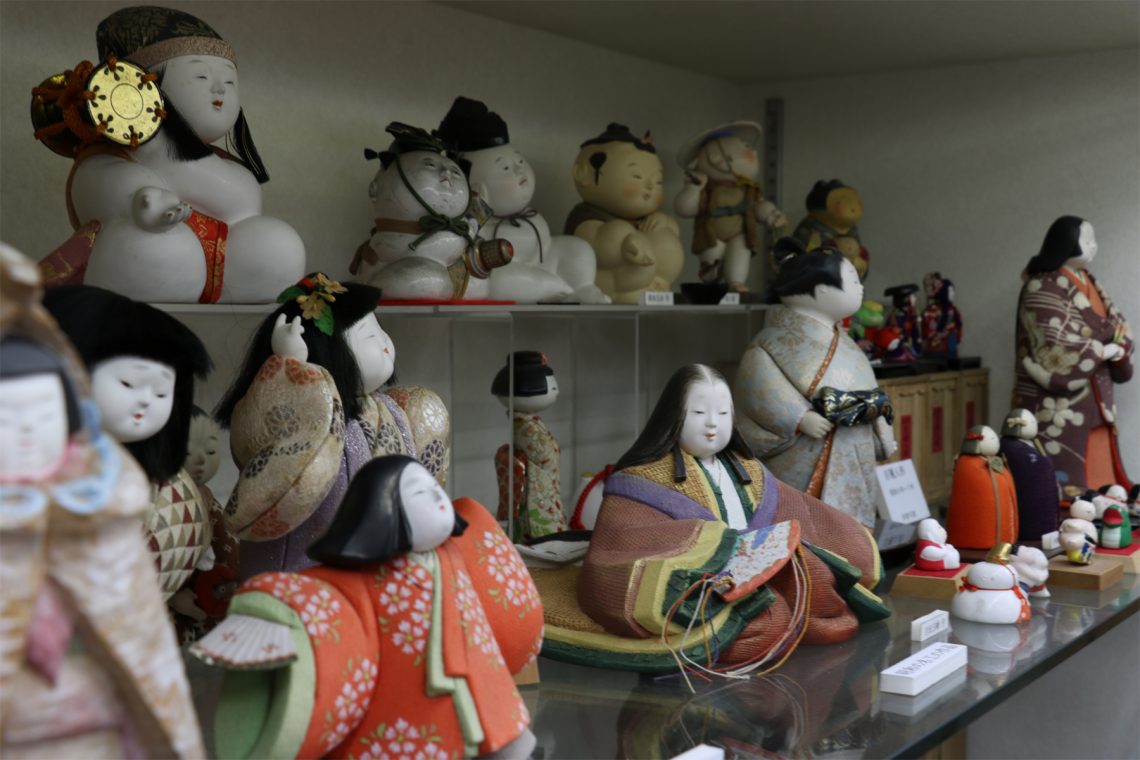 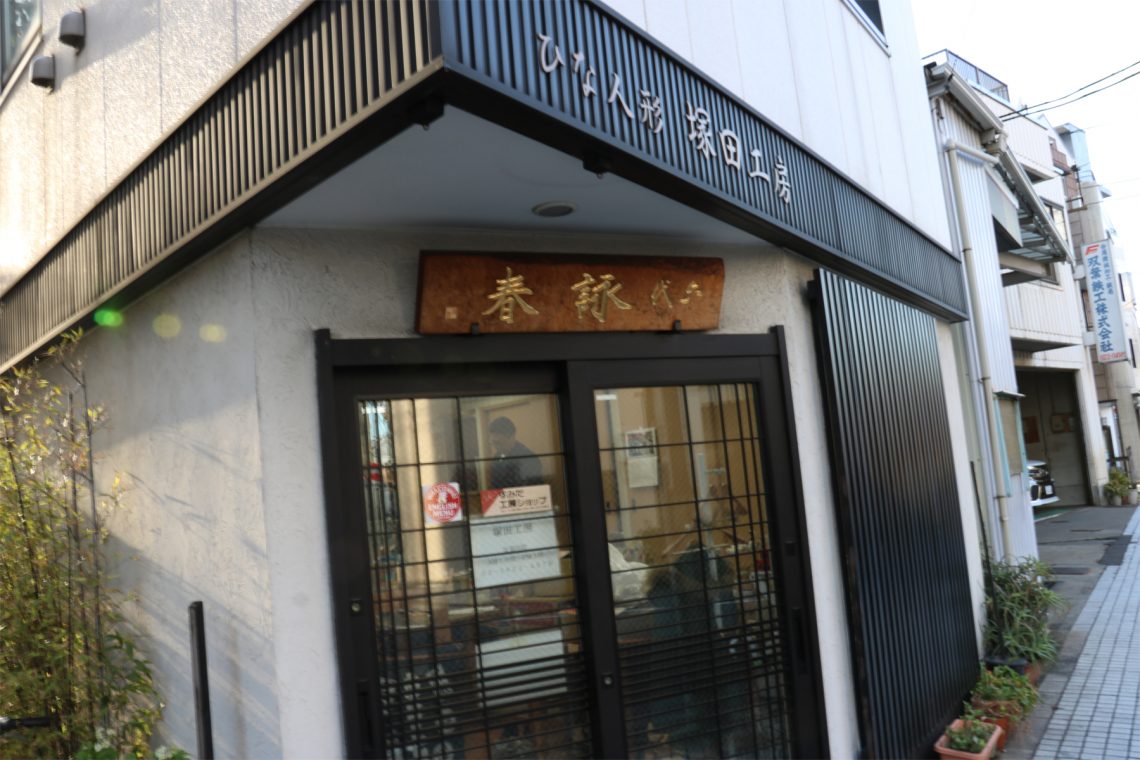