Ever since he was a toddler, Suimon Toshihiro, the 5th generation to run the business of Kijiya Suimon Shoten, has been involved in making hagoita racquets (traditional Japanese battledores) covered with cloth applique-like portraits of traditional Japanese Kabuki theater actors, refining his skills in demanding work that others are unable to do.

The people who can do this kind of work are often unpretentious and affable yet reticent. And, amidst those, Suimon Toshihiro, who also runs the public relations element of the hagoita association, finds hagoita makers to have a talent for unique eloquence. At the year-end hagoita fair, to the great delight of the public, the hagoita makers take great care to explain the tales of the subject matters of the decorative montages on the hagoita racquets. 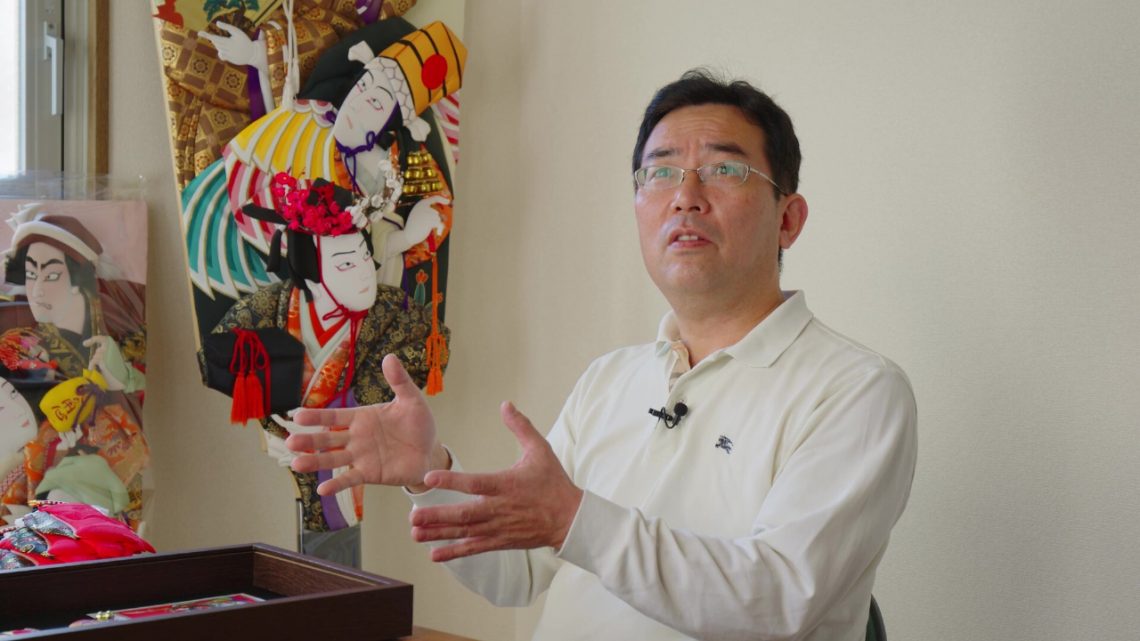 To Suimon Toshihiro, there are two important things to be observed.

One is the preservation of skills required in the traditional craft of hagoita. The other is the learning of history and the background to historical events, so that they can make the hagoita with a real understanding of the historical significance.

Suimon Toshihiro says that it is not a problem to use commercial cutter knives to cut the paper and that the use of polyester cloth instead of pure silk is unavoidable (in other words, modern alternatives are the viable way to go).

To hone the hagoita production skills, the maker must make and make numerous hagoita. Yet, the priorities are wrong if the volume of work needed to master the traditional craft cannot be achieved because we dwell on issues such as the lengthy time required to master knife sharpening and the high cost of many of the classic materials used in the craft.

The materials and tools used in this craft all carry their own individual meaning. The craft people must understand those meanings but be prepared to use modern alternatives (as a way of adapting to survive).

This is how Suimon Toshihiro thinks. 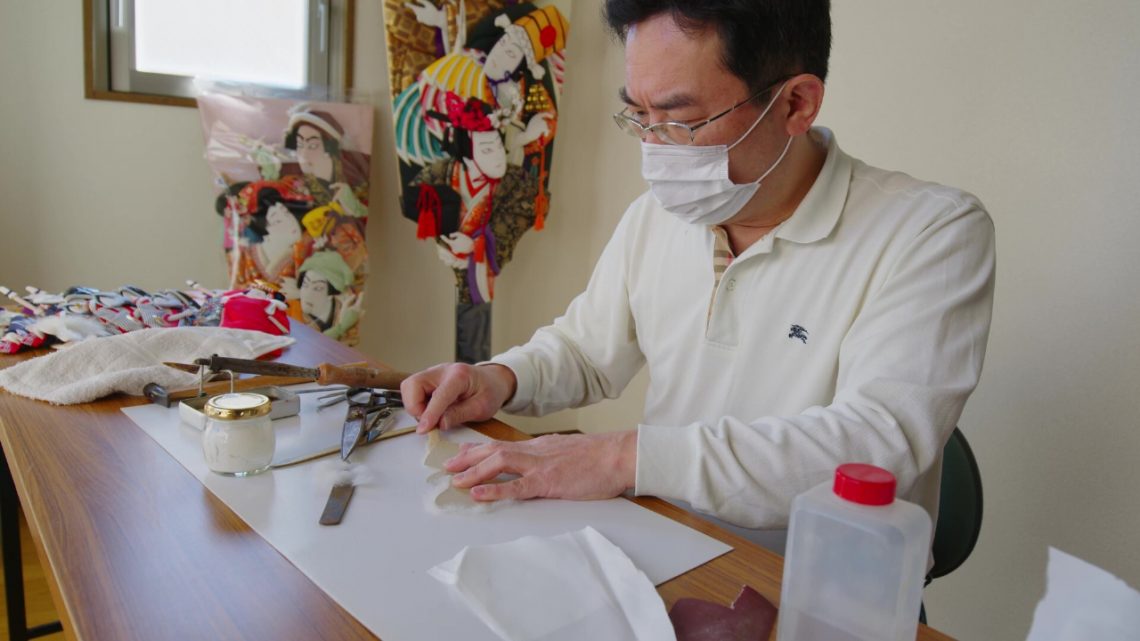 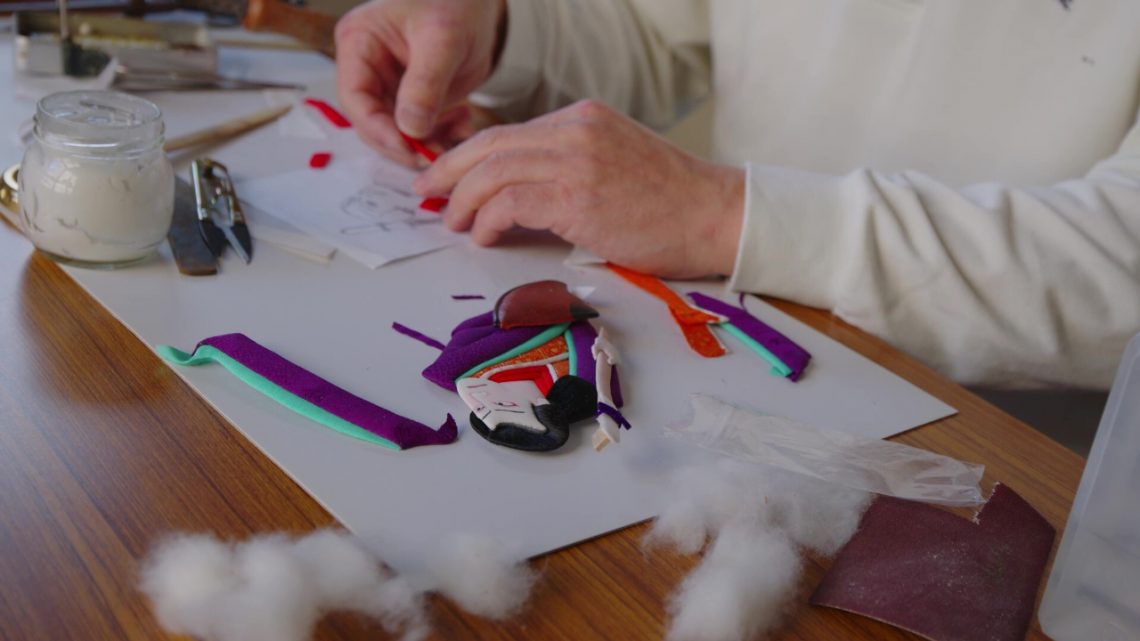 The traditional techniques used in hagoita and sekku-ningyo (festival dolls) are expressive ones, where the hairstyle, the pattern of the kimono and the background color signify the age, occupation, time of day and circumstances of the person (characterized on the battledore or in the doll).

In our art, portraits of the young are depicted with blue shaven foreheads (the younger the bluer) and brown for the elderly (the older the browner). Hence, a thirtyish something lantern-holding Kabuki character, Banzui Chobee, has a blue shaven forehead, whereas the elderly character Kato Kiyomasa has a shaved forehead that is the same color as his skin.

The triplets Matsuomaru (pine), Umeomaru (plum) and Sakuramaru (cherry) who appear in the play Sugawara-denju-tenarai-kagami (Sugawara and the Secrets of Calligraphy) wear kimono with motifs of pine, plum and cherry foliage to denote who is who. Likewise, Matsuomaru’s kimono depicts downcast pine foliage covered in snow to express the sadness of the scene when Matsuomaru has to identify the severed head of an executed child (supposed to be Sugawara’s but in fact Matsuomaru’s own child substituted for Sugawara’s in order to show Matsuomaru’s loyalty to Sugawara).

If hagoita makers do not know the origin and history of such events, their traditional craft loses its cornerstones and crumbles. Likewise, if the audience does not have knowledge of the play’s depiction of events, they too cannot fully appreciate the true charm of the performance. Hence, Suimon Toshihiro believes that it is essential to learn the background to history and historical events. 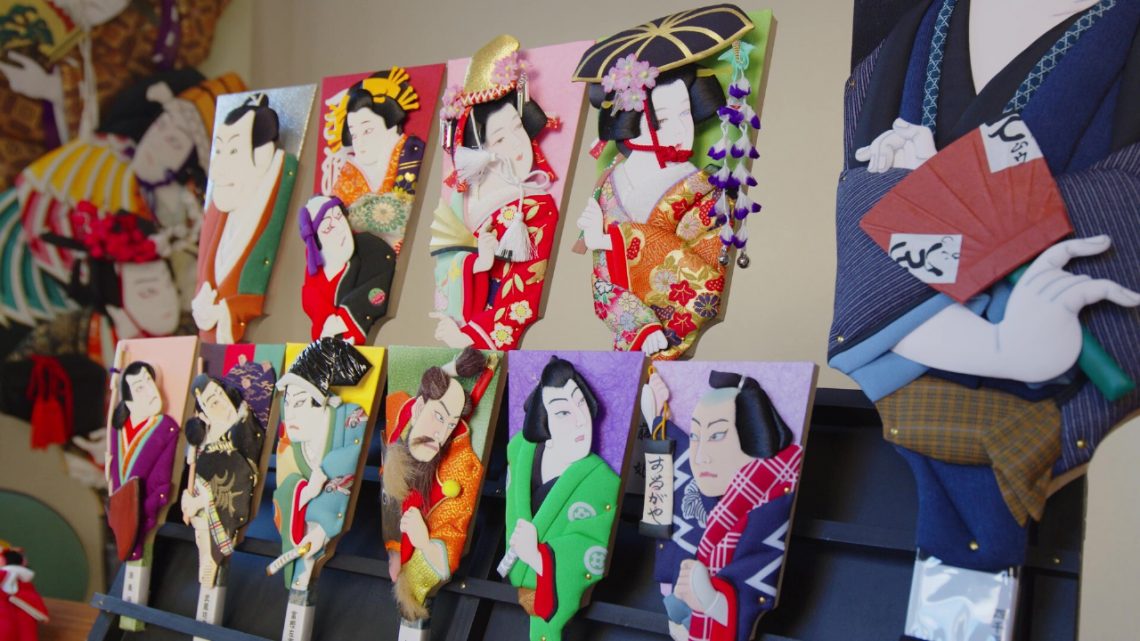 Cherishing that opinion, Toshihiro says, “I am still a newcomer striving to be better on the morrow, so I am painstakingly careful in every part of my work in order to improve myself.” Thus, he devotes himself daily to his work in the hope that he will impress observers of his craft and garner admiration for the intricacy of his techniques from other artisans working in the same field. 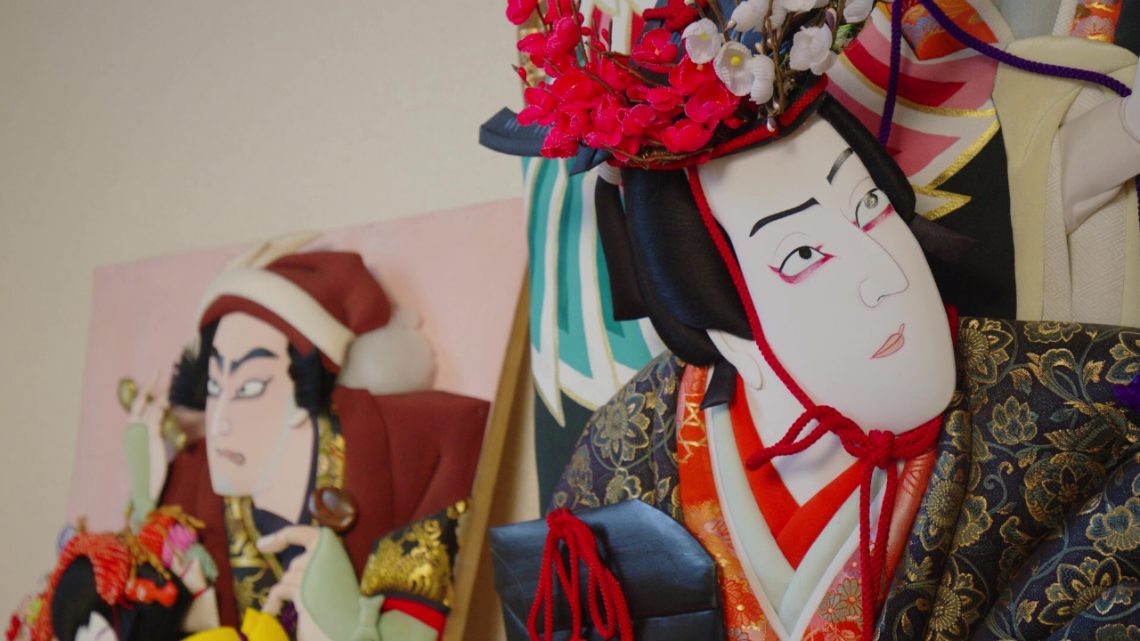