Sashimono joinery, into the present

Without use of a single nail, the sashimono joinery technique creates furniture and items for daily life. Measured precisely and exquisite in its finish, sashimono is strongly built, with clear lines. However, should it need repair, a few hits from the joiner’s hammer can break apart the construction. A deep knowledge of wood, and an ability to activate its qualities are what allow sashimono joiners to achieve these effects. The lead craftsman of Sashimono Masuda, Daisuke Masuda, in a previous job at a furniture makers one day happened across the technique, and was struck instantly. A furniture drawer that the moment before closing appears sucked into the wood. The distance the matter of a few microns, this work is completed not by precision machinery, but by craft. Impressed in this encounter, Masuda was inspired to knock on the door of a famous craftsman in Edo sashimono. After completing an apprenticeship, Masuda went on to establish his own workshop, where he makes his own range of make-up dressers, wardrobes, full length mirrors, tools for tea and much more. Many of these items are used in kabuki or other aspects of Japanese traditional arts. Nevertheless, Masuda is keen to spread the appeal of sashimono beyond this world alone. To make items to bring sashimono into contemporary life, and in so doing to offer others the chance to have a moment of encounter similar to his own. It is with this in mind that he approaches work in his craft. 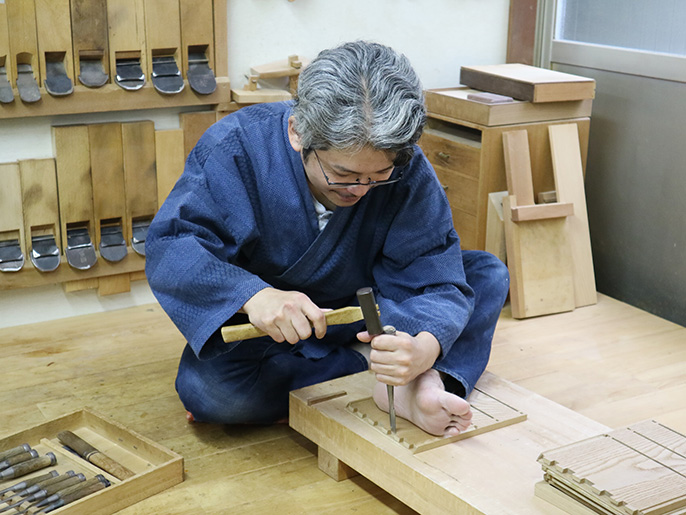 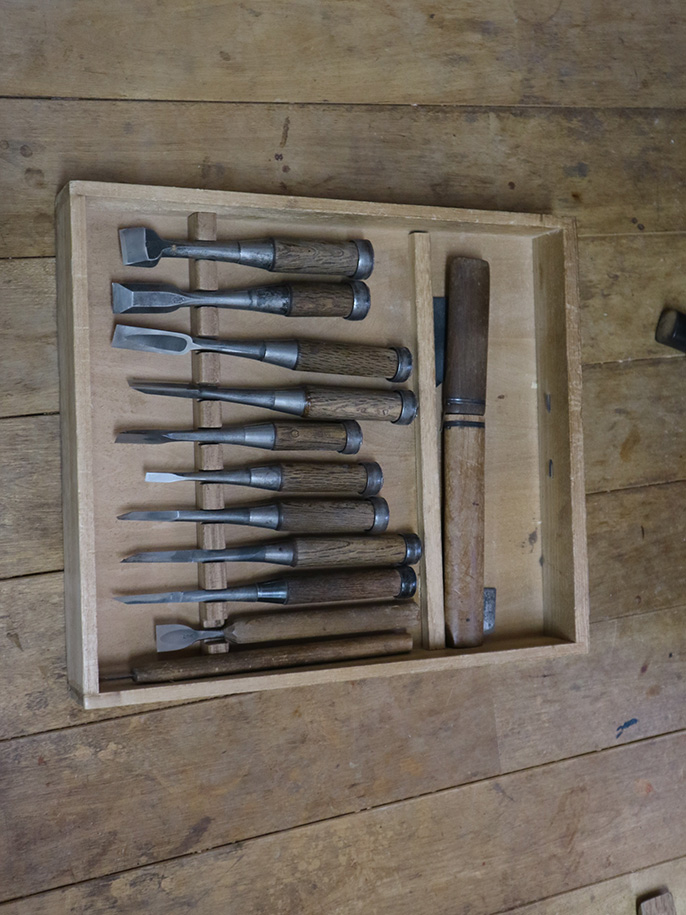 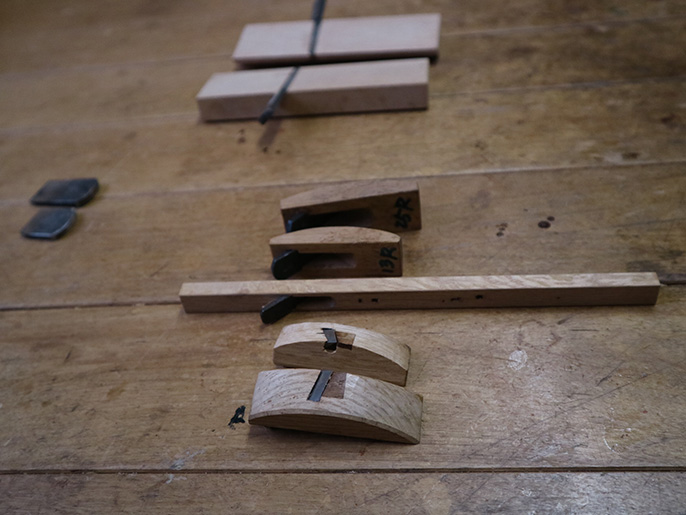 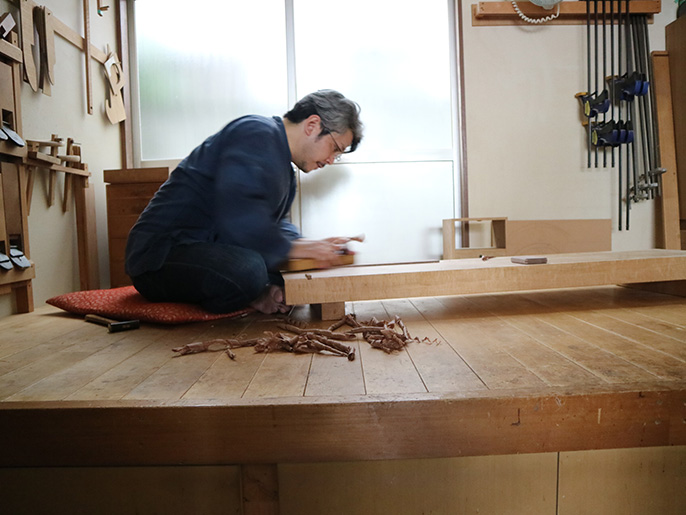 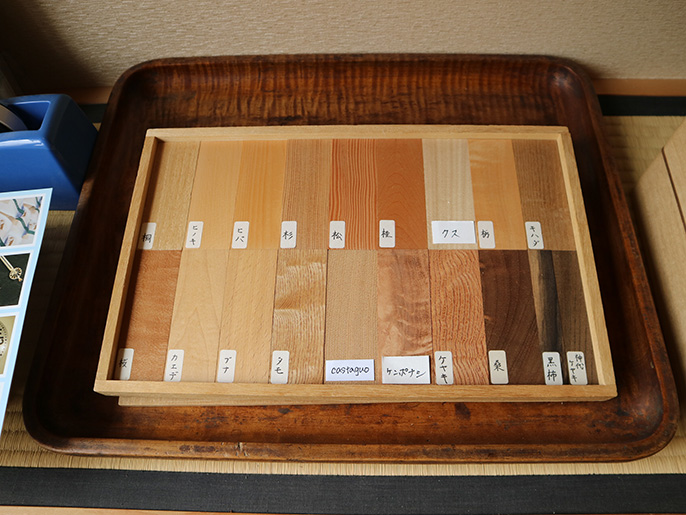 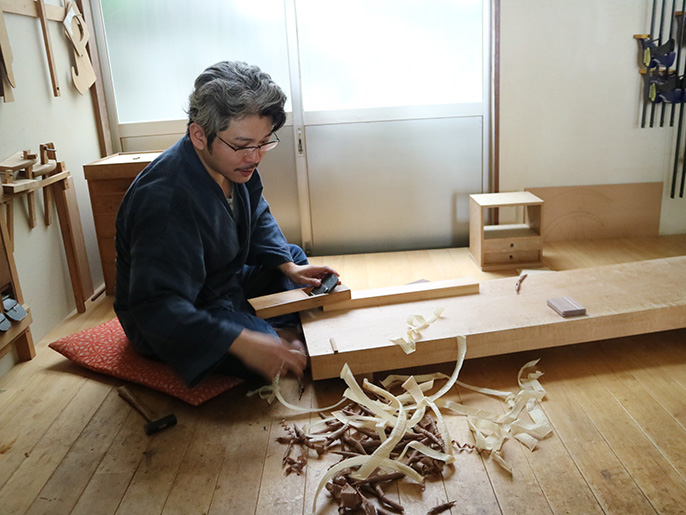