Copperware that Stands the Test of Time.

The Dogin Hoshino Seisakusho is a Copperware Workshop established in 1924. The gin (silver) in the company name apparently stands for this workshop’s first generation craftsman Ginjiro Hoshino. After its establishment the workshop mainly focused on crafting Hibachi (a traditional Japanese heating device using charcoal) parts called Otoshi and Doko. The Otoshi of the Hibachi is a box that is being inserted in the furnace, and the Doko is a basin filled with water to be heated, placed in the middle of the long brazier ash. Both were essential tools in everyday life since the Meiji Period (1868 – 1912) until before the war. With the changing of times the life styles also changed, though the copperware produced by third generation craftsman Tamotsu Hoshino are, once again, essentials of today’s everyday life. Stockpots, teapots, kettles, mugs, egg cookers. Striking and forming the thick copper bullion with a hammer, brazing ends together with silver solder and coating the insides with tin. For the tin coating the copper ware is put on the fire at a temperature where the tin barely melts, silk wadding is then used to evenly distribute the tin. The reason that electroplating is not used, is apparently that this way you can thickly and firmly apply the tin, something you can only do with the proper technique. It is not something anyone can do. The copperware born from genuine handwork, unites the three qualities of usability, durability and beauty. This must be why Mr Hoshino’s copperware is still being used, no matter the period we are in. 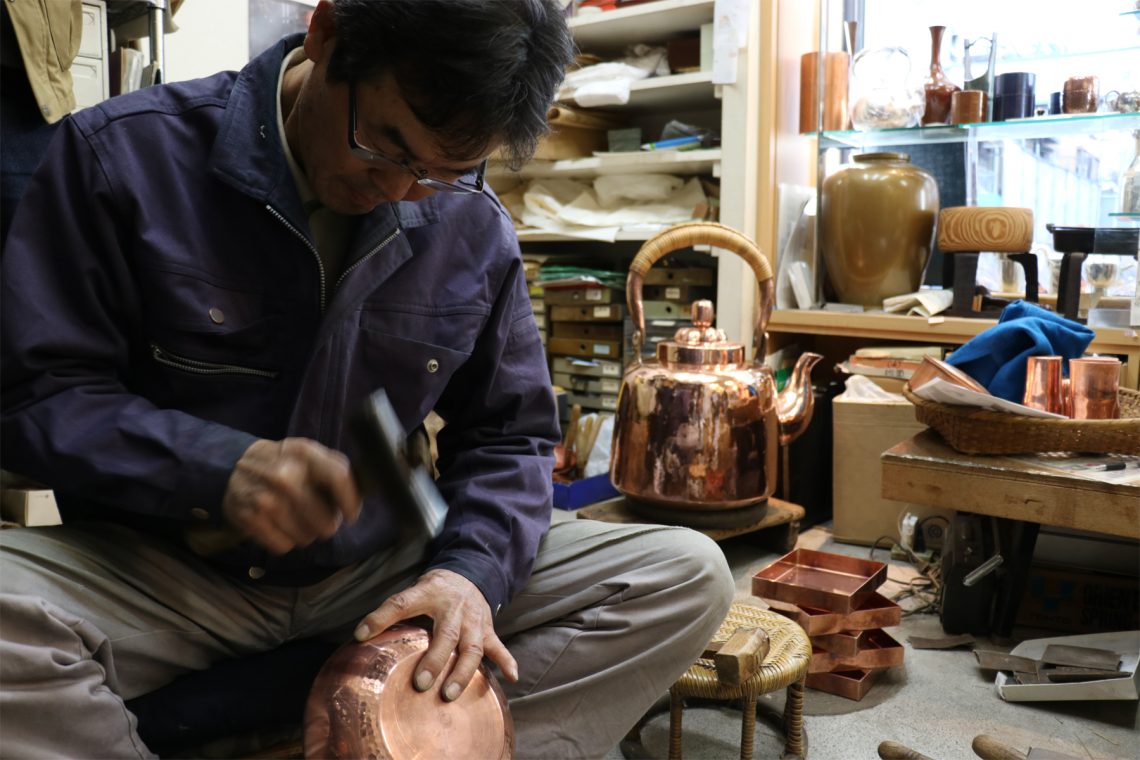 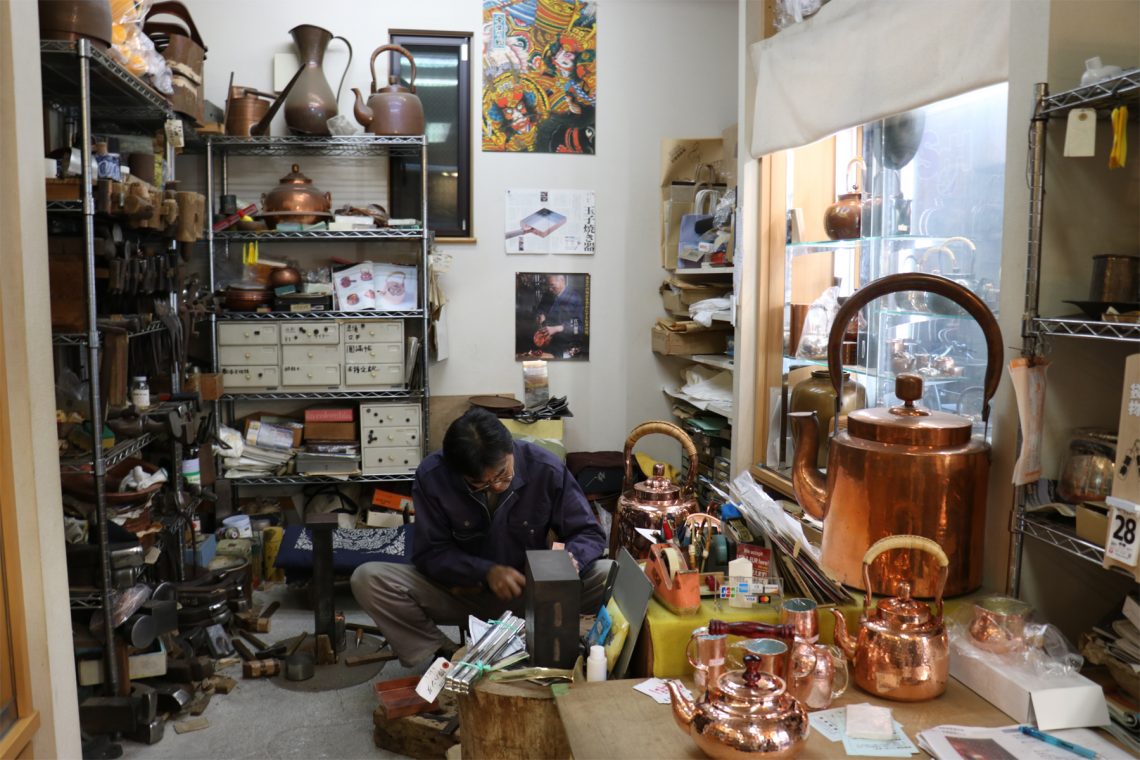 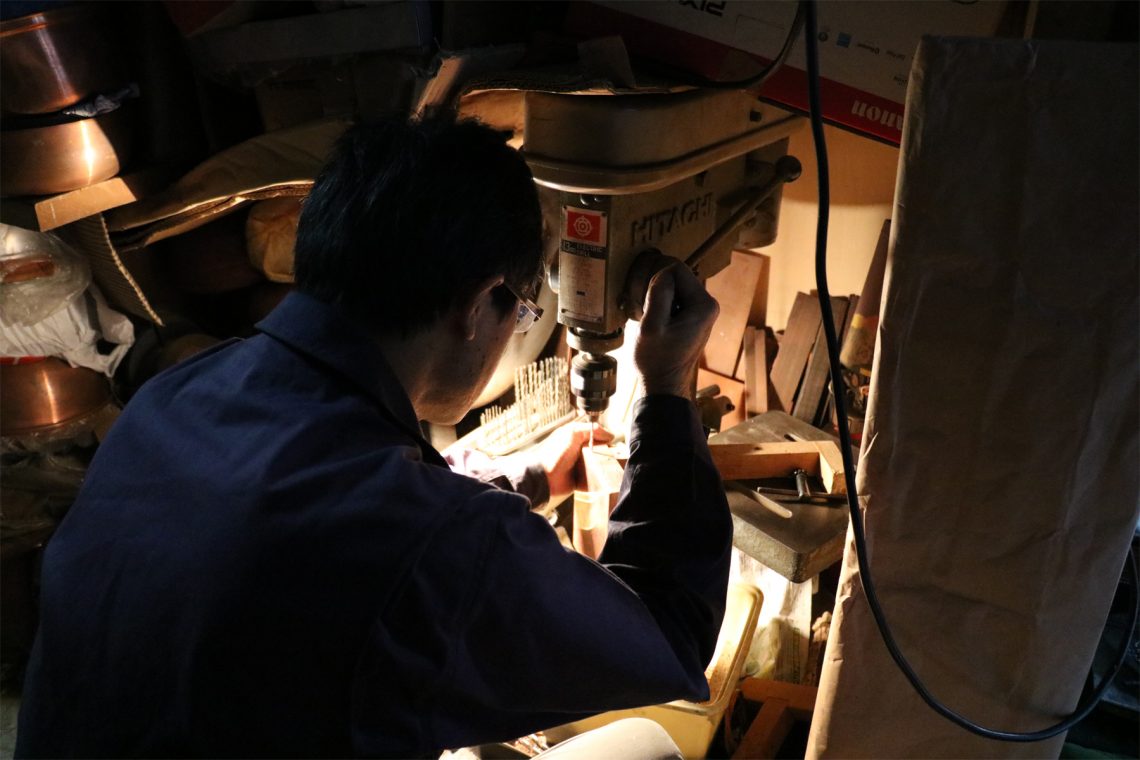 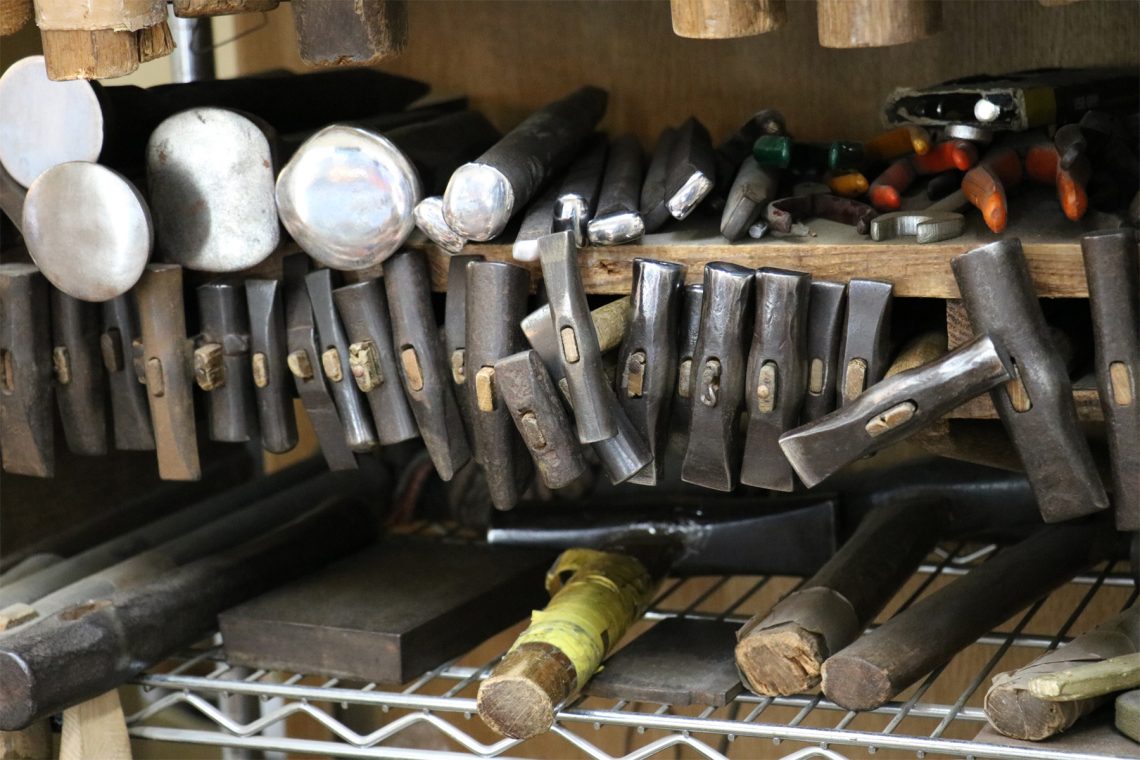 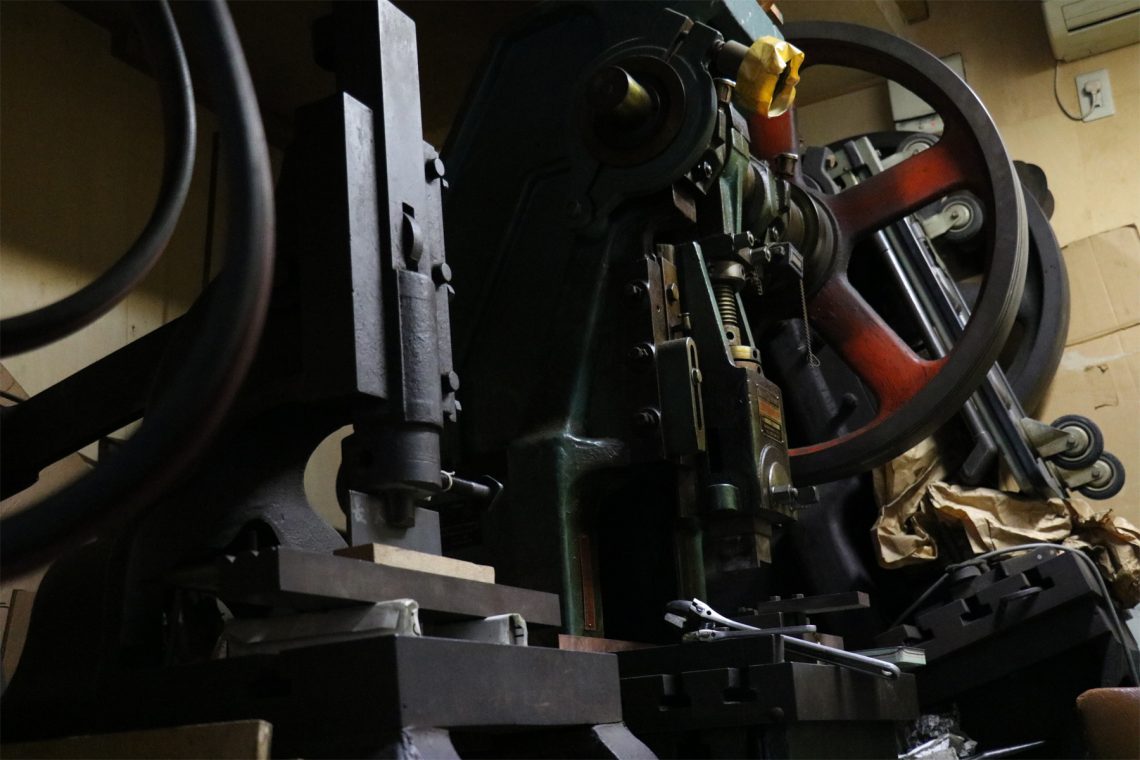 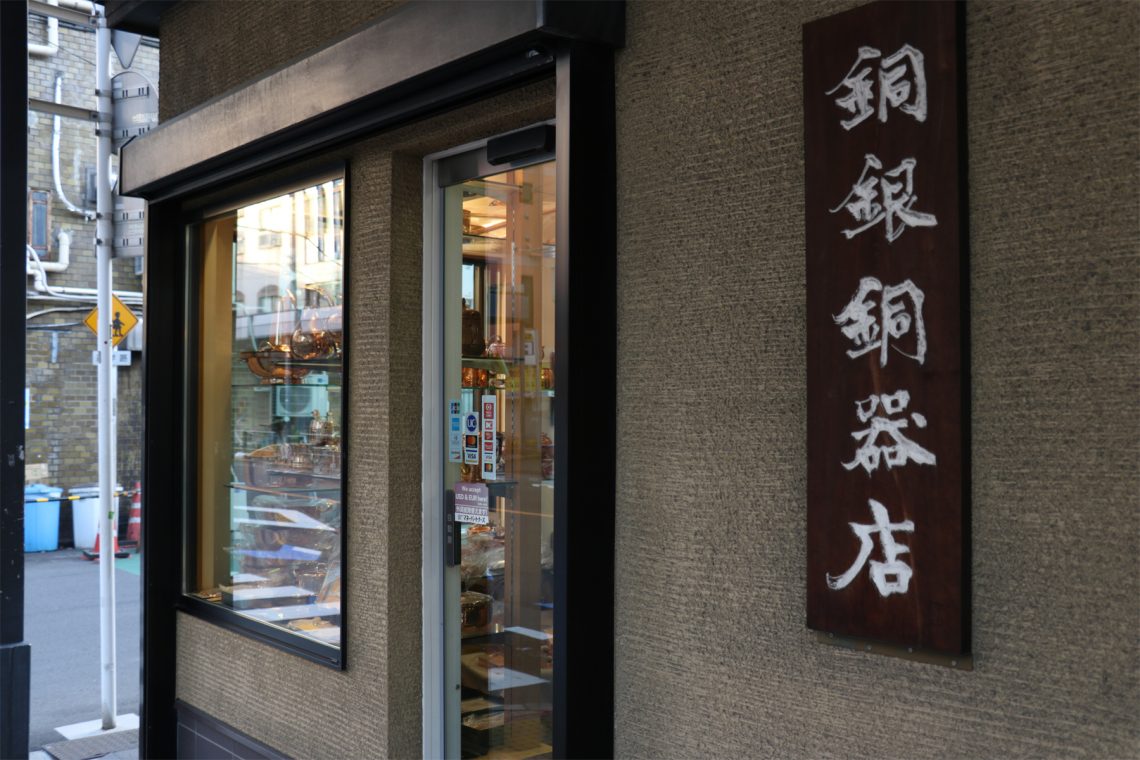