The polished art of lacquerwork, a rare skill, a rare addition to architecture.

In Japanese architecture, there is a role for lacquer craftspeople. This could be lacquerwork applied to pillars, floor level frames, or to shelving. The number who have the skills to do this work has declined to just a few. One is the owner to the Ataka Shikkouten lacquer works, Shintaro Ataka. Since the age of 15, when Shintaro entered the tutorage of his father Giichi, he has worked to add lacquer decorations to buildings. This work includes the Zenkoji temple in Shinshu, Nagano, the Gajoen hotel in Meguro, Tokyo, the National Noh Theatre and the Speaker’s residence of the House of Representatives among other famous buildings. When working in architectural lacquerwork, Ataka must make adjustments to the building’s era of construction, and to the style in which it is made. This requires a deep knowledge of lacquer and a broad array of skills to be able to apply them. All of different shades and techniques: Roiro black, Nashi pear colour, Shunkei orange, the reddish Tamenuri and others. With these different applications the depth and charm of the lacquer mixes with the scale and power of architecture, and leaves a striking impression. A craftsperson of officially recognised quality within the Sumida ward of Tokyo, Ataka also holds the ‘meister’ designation at a Tokyo level. For this reason, he is often called upon to work on buildings of historic importance. One example is the ornate ‘hundred stairs’ gallery area at Meguro’s Gajoen hotel. Ataka’s father was one of the original craftsmen to work at the site, emphasising the rate status of the business today, in its continuity of skill and association with architecture. 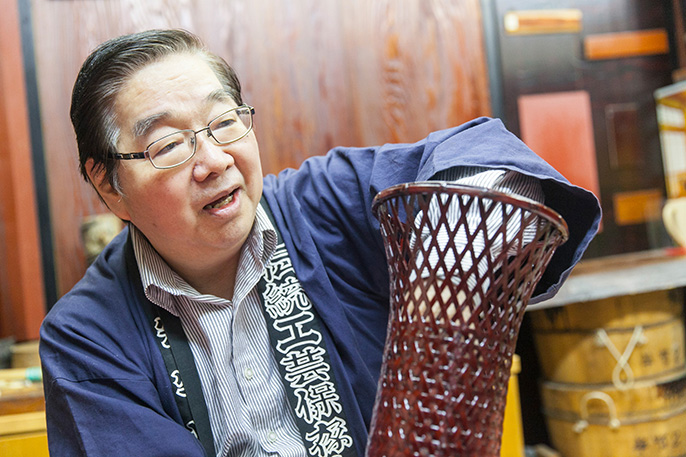 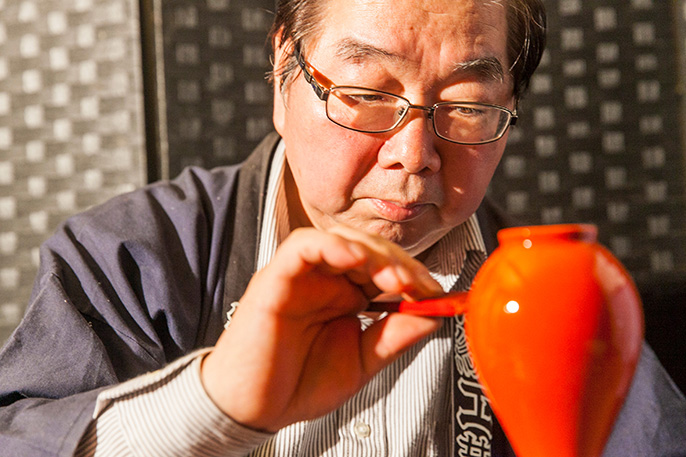 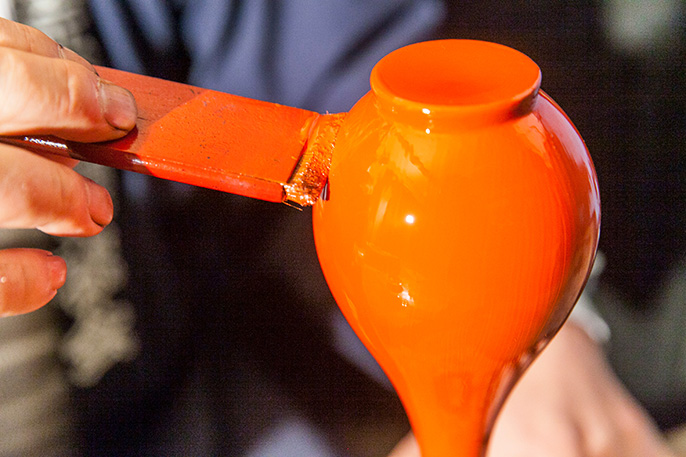 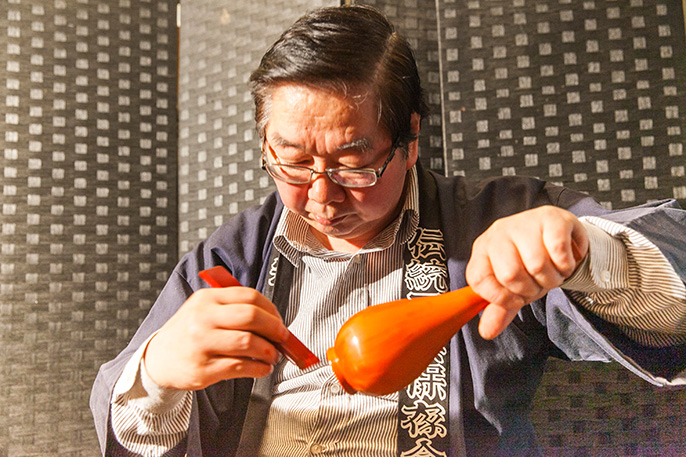 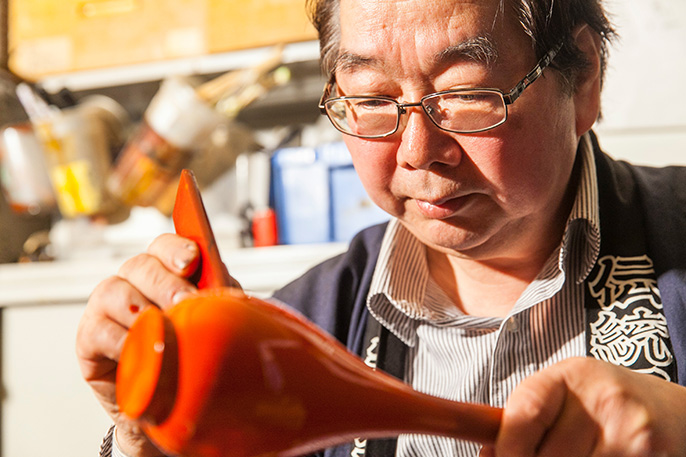 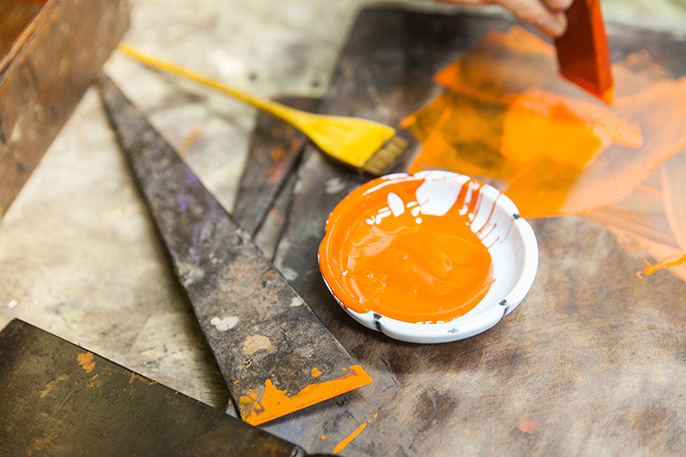 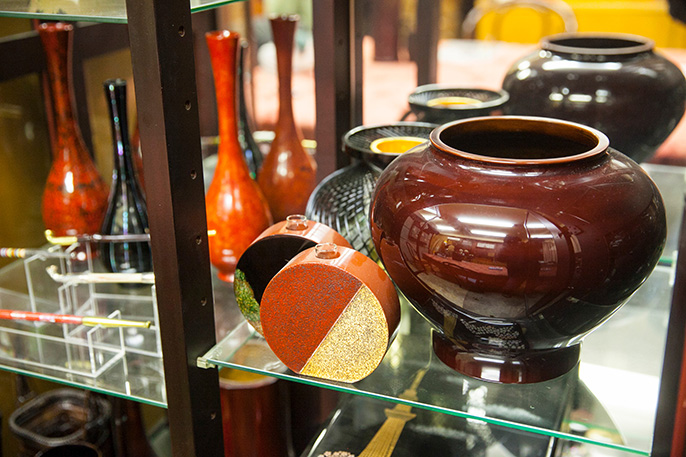