It the pleasure of the time spent playing, and singing along, alone or with friends. Even after karaoke has become known the world over, singing retains a special place in Japanese life. But how was life before karaoke was invented?
Entertaining at a party, or evenings spent singing alone, were all done to the accompaniment of a shamisen.
During the boom periods of quota and minyo traditional songs in the Showa period (1926-1989), there was much demand for shamisen, and long times spent practicing. Less common today, the era of a shamisen in almost every home, is not so long ago. One man who believed this era could come again, and took the bold step to enter the world of shamisen manufacture, is Kimiaki Kono. He is the first generation leader of Sangenshi Kikuoka, an unusual example of a business in this field, not passed through the generations.

Perhaps because he is not steeped in the multi-generational traditions of a shamisen making family, he is able to bring new approaches and ideas to the business. He has for example, tried to move from using stretched animal skin to alternatives for the main body of the shaminisen. He has also developed new tools (kisen) to hold the stretched skin in place. The productivity improvements, and the professional quality sound created as a result of these changes, has led to them slowly becoming standard.
The next challenge for Kono, is to find markets for shamisen overseas. If you travel to Hawaii for example, you might want to purchase ukulele on the way home. He wonders if there is an opportunity for shamisen to acquire a similar status. The innovation of Kimiaki Kono in the field of his instrument, has only just begun. 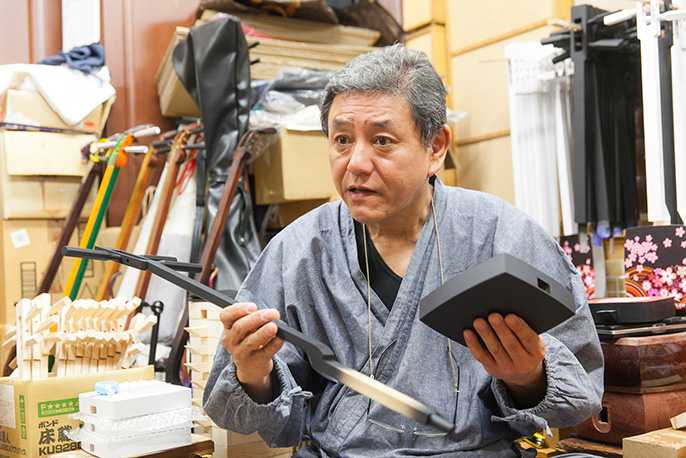 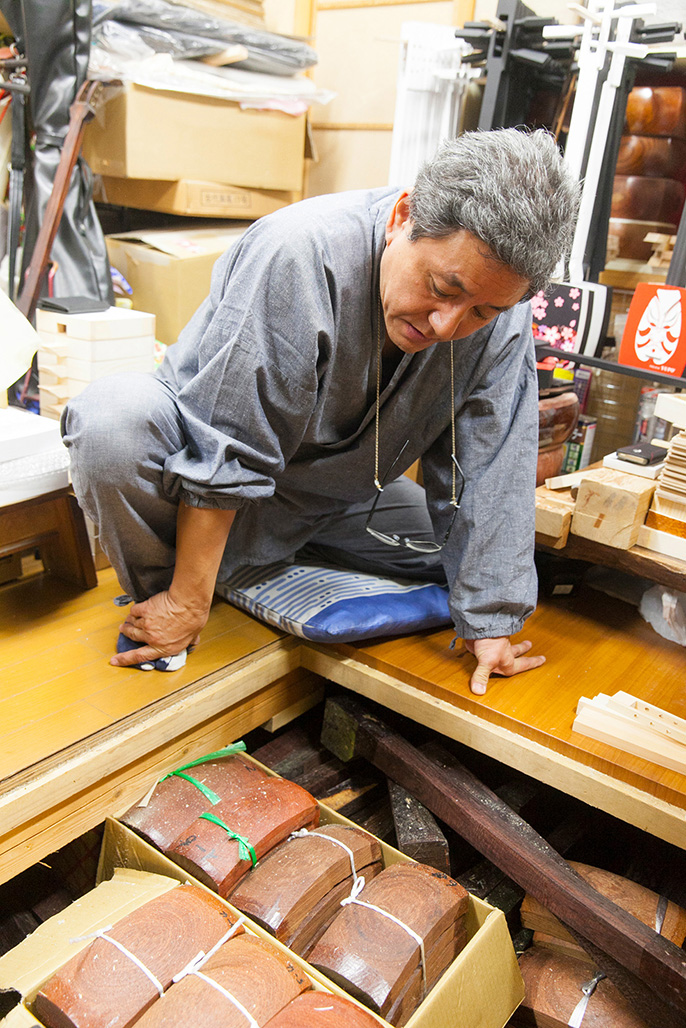 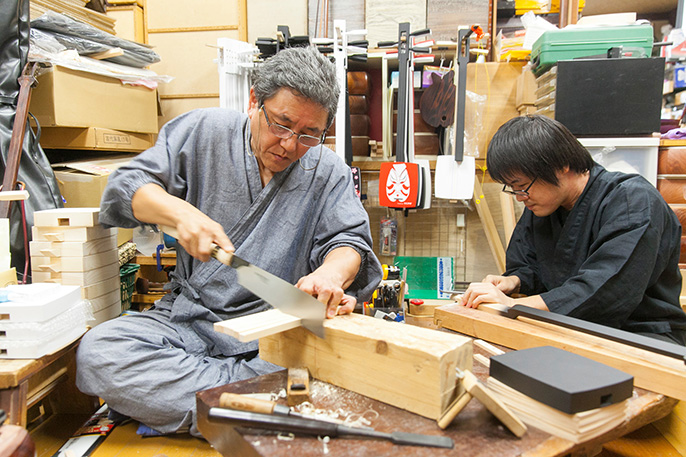 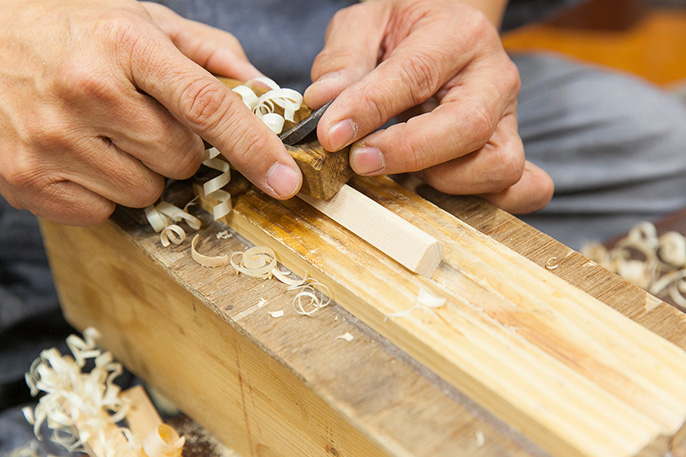 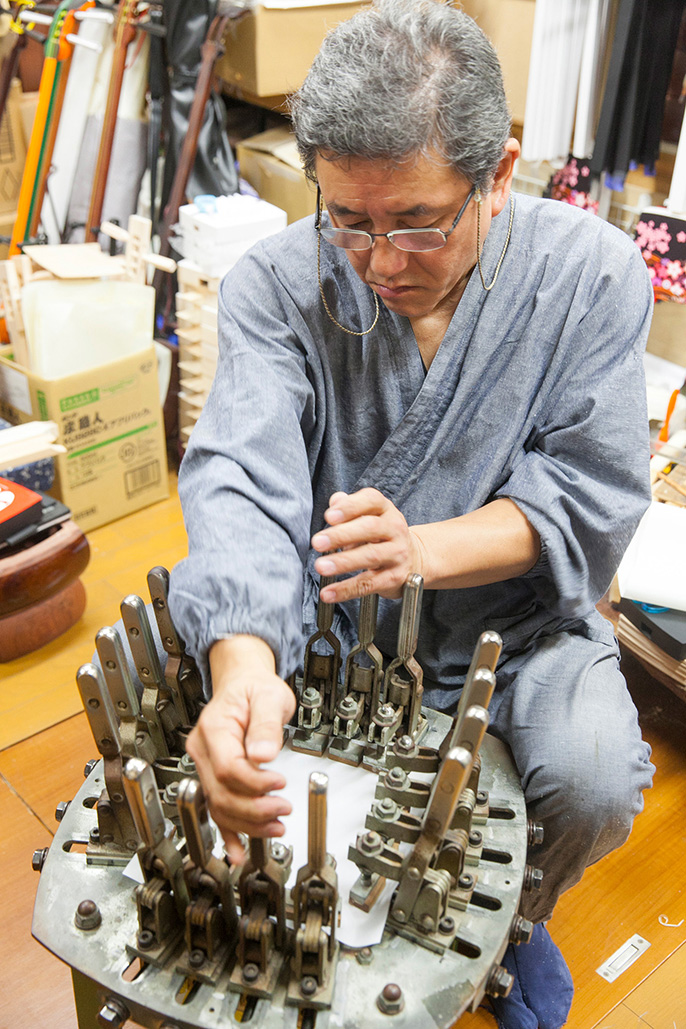 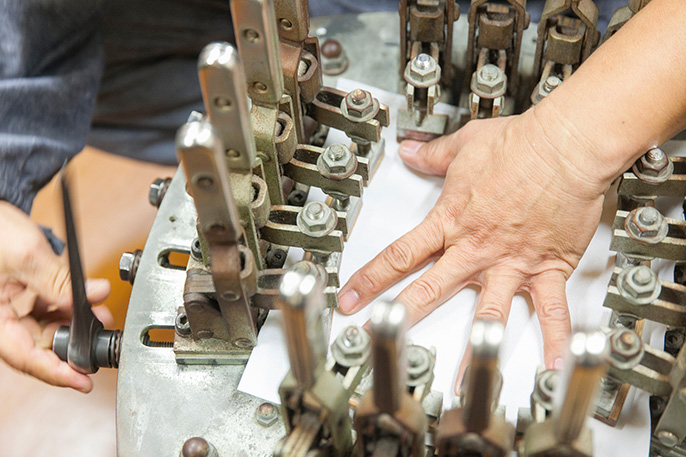