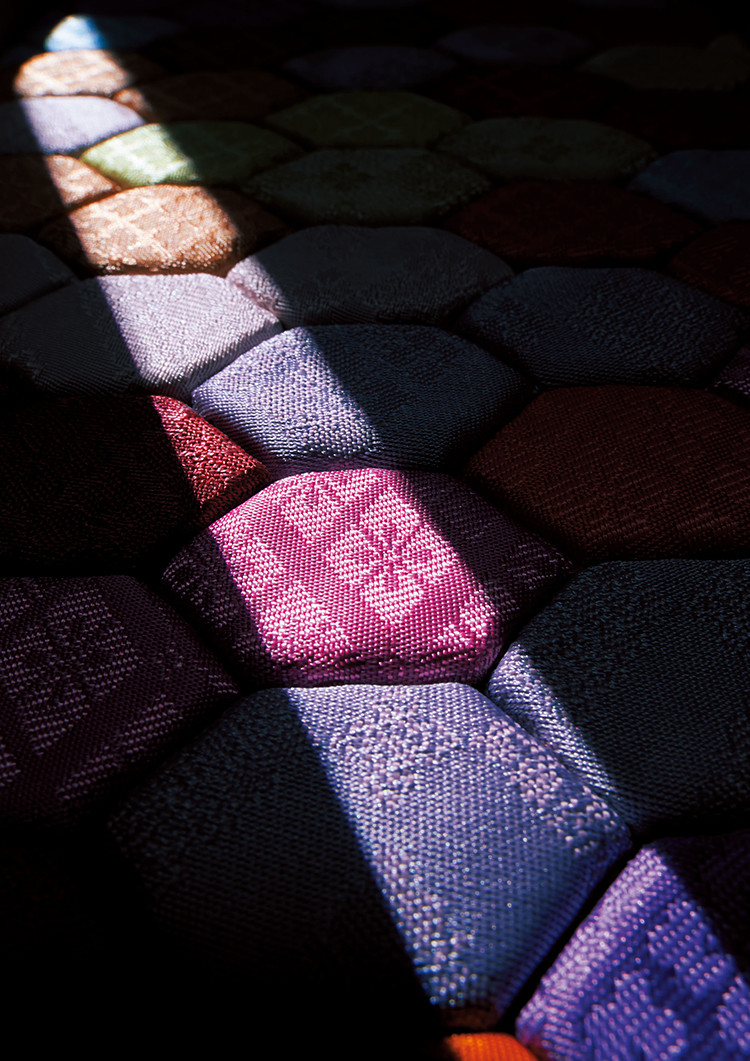 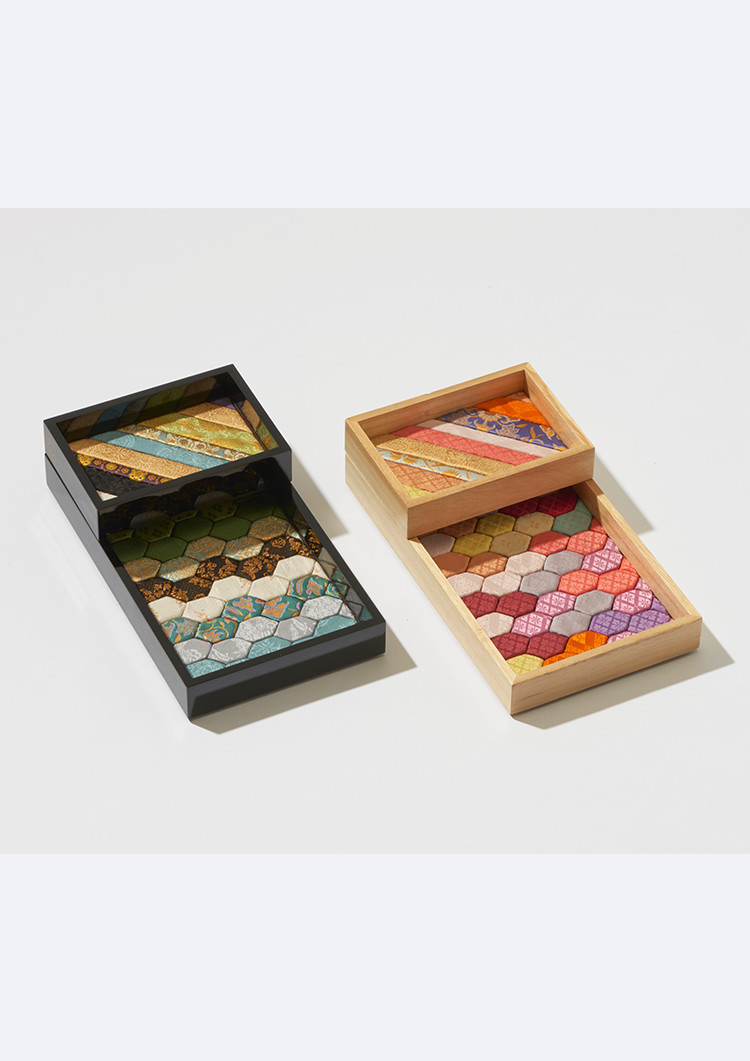 A tray dressed in traditional costume. “Kimekomi Tray”, created using the same technique for Edo Kimekomi dolls known for its Sekku (seasonal festival) dolls, is a decorative tray covered in Nishijin brocade, a textile used to dress Hina dolls for the Girl’s Festival. Normally, Kimekomi dolls are produced by inserting cloth into the grooves carved into a mould called “toso”. However, unlike the doll’s three-dimensional body, the tray is flat. Attempts for inserting the cloth into the flat surface started by searching for a suitable alternative for “toso”. A new material with cushioning properties, which matches the soft silk fabric, and which has the befitting function of protecting precious items, was added to this tray. One that can carefully receive items such as jewellery and watches without damaging them. Kimekomi Tray is available in two sizes and can be stacked on top of each other. Two patterns – “Kikkou” (tortoise shell) and “Stripe” – are also available so their differences can be enjoyed by placing one on top of the other. The frame is finished in Aizu lacquer which comes in two colours – clear for admiring the texture of the paulownia wood, and black. Even the underside is lacquered so it looks beautiful from every angle. Thickness has also been given to the sides so it can be placed upright. In addition to being a tray, it can be used on its own for interior display.