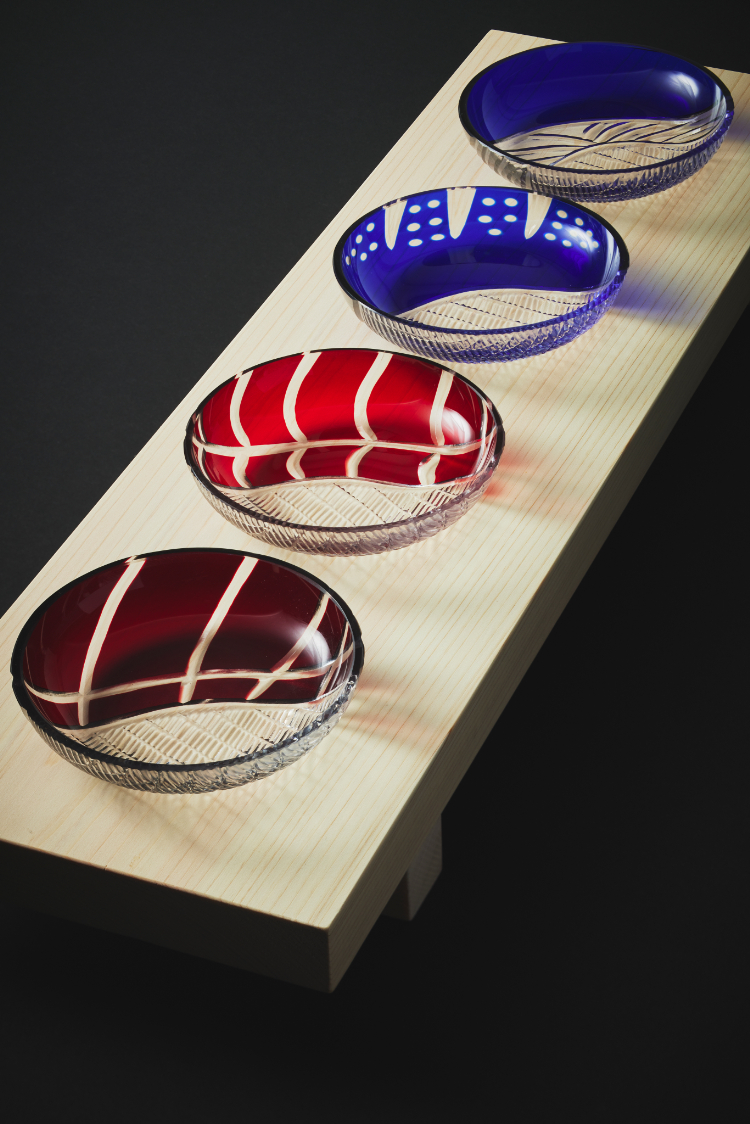 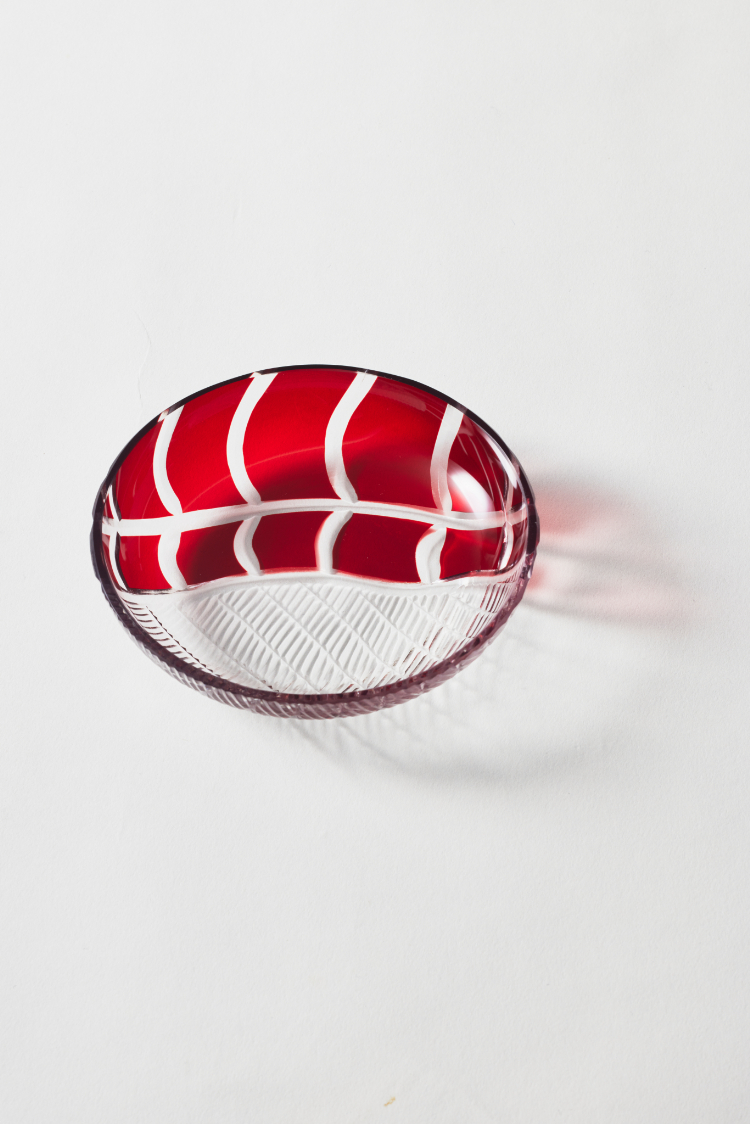 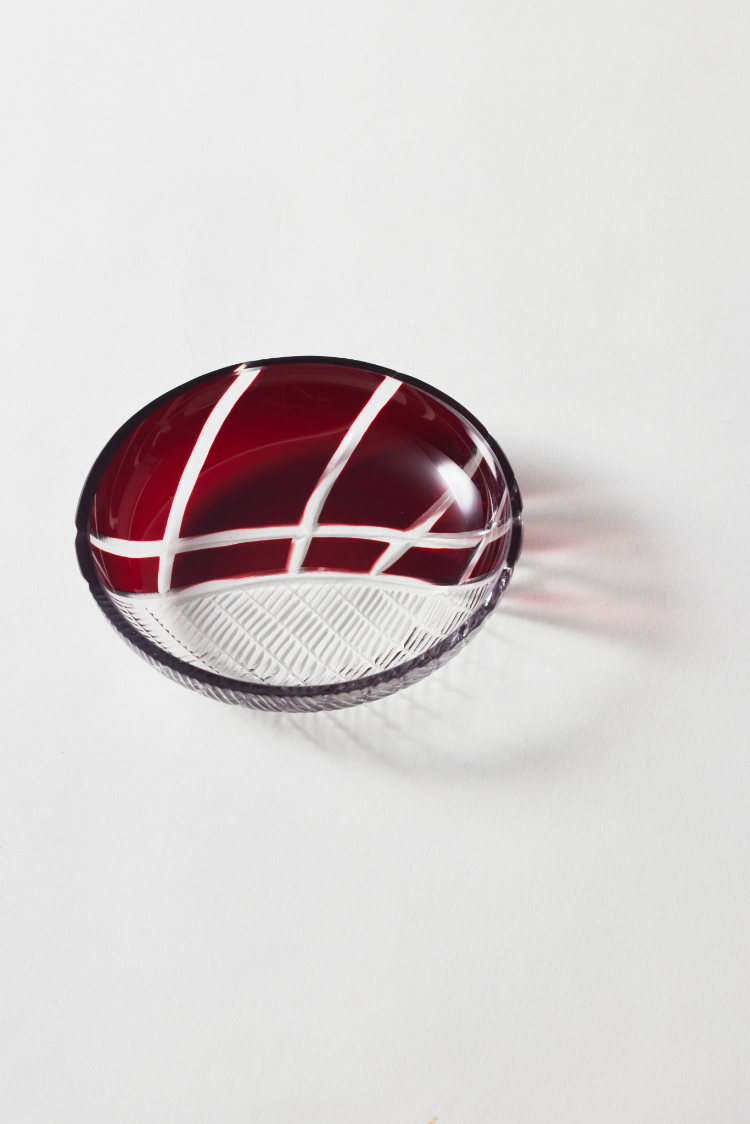 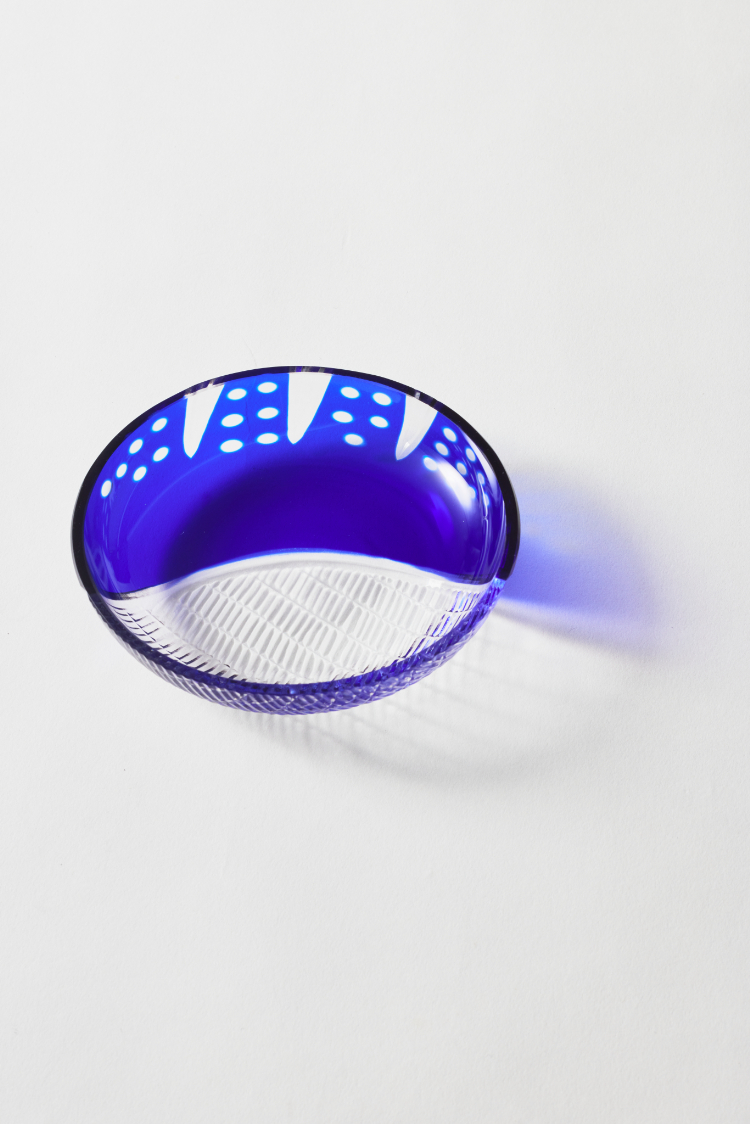 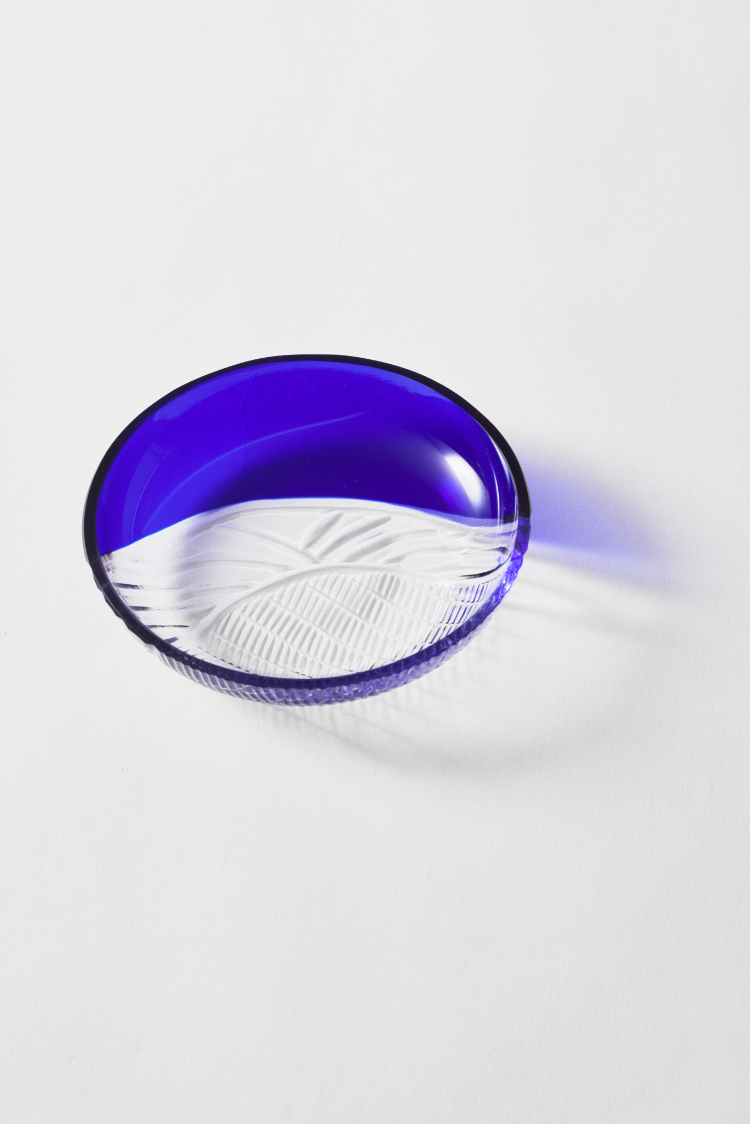 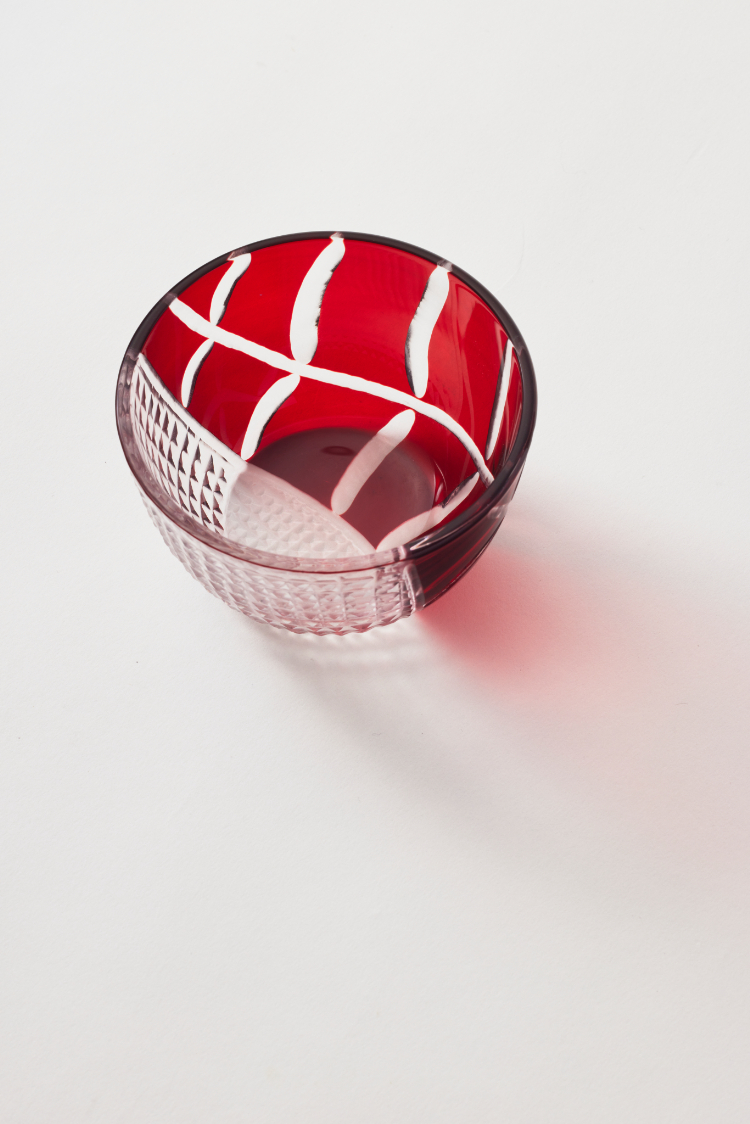 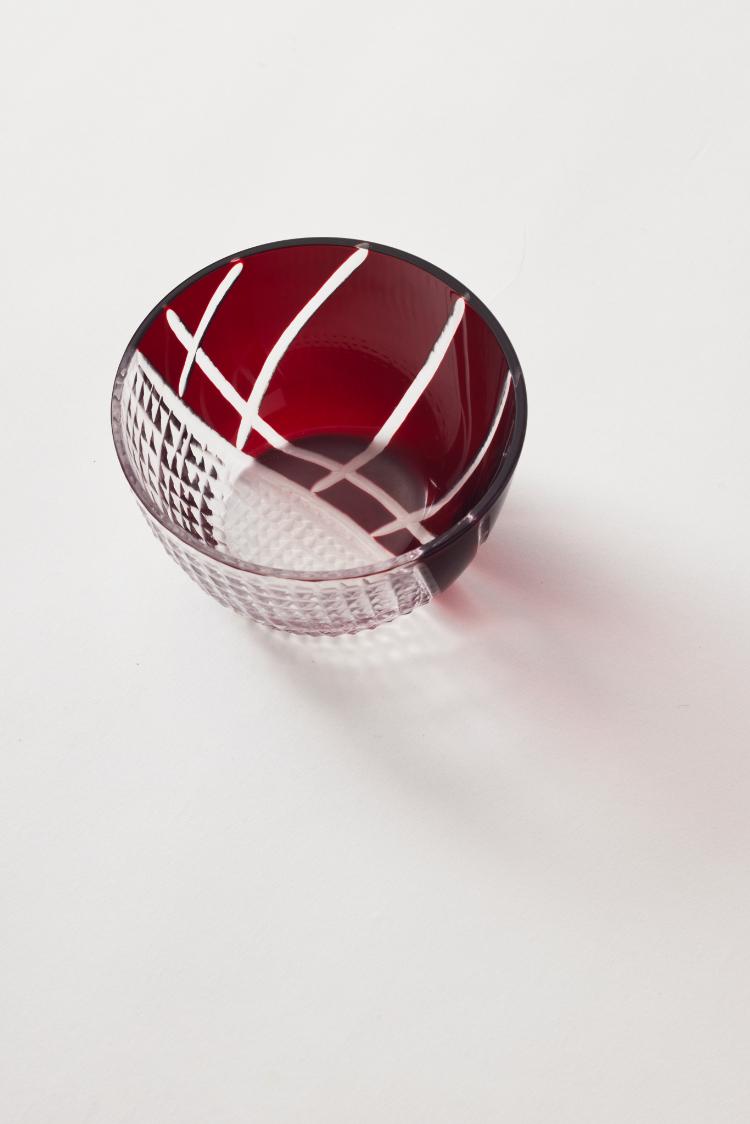 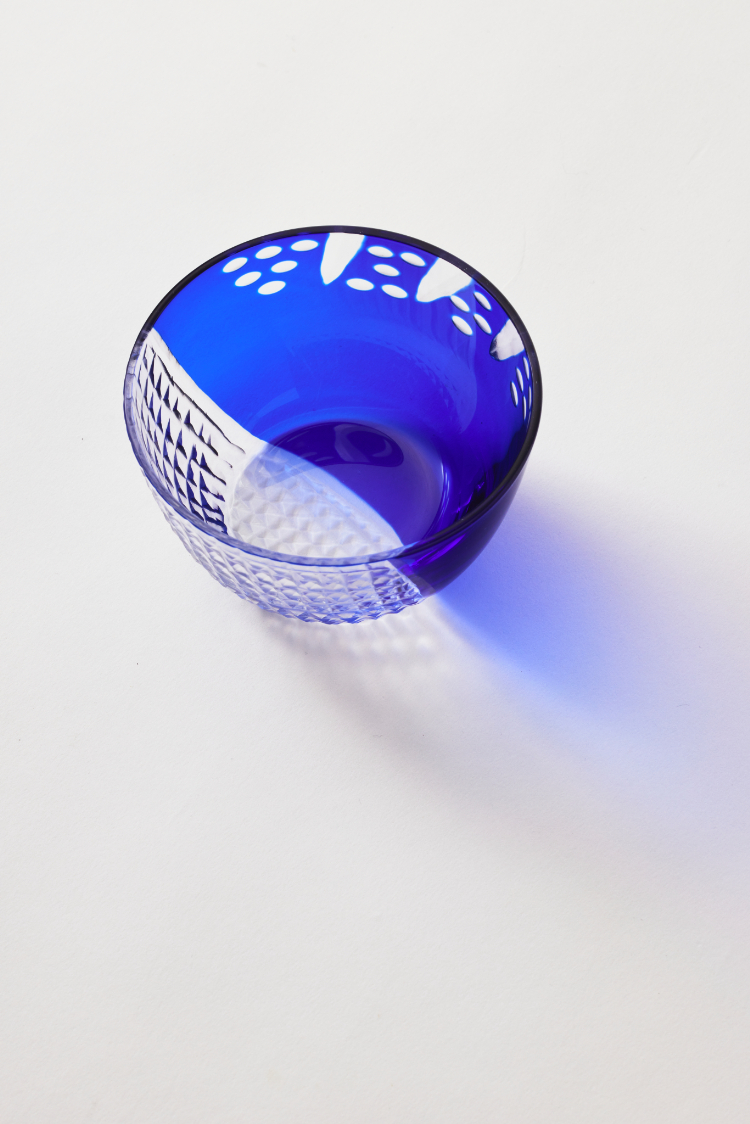 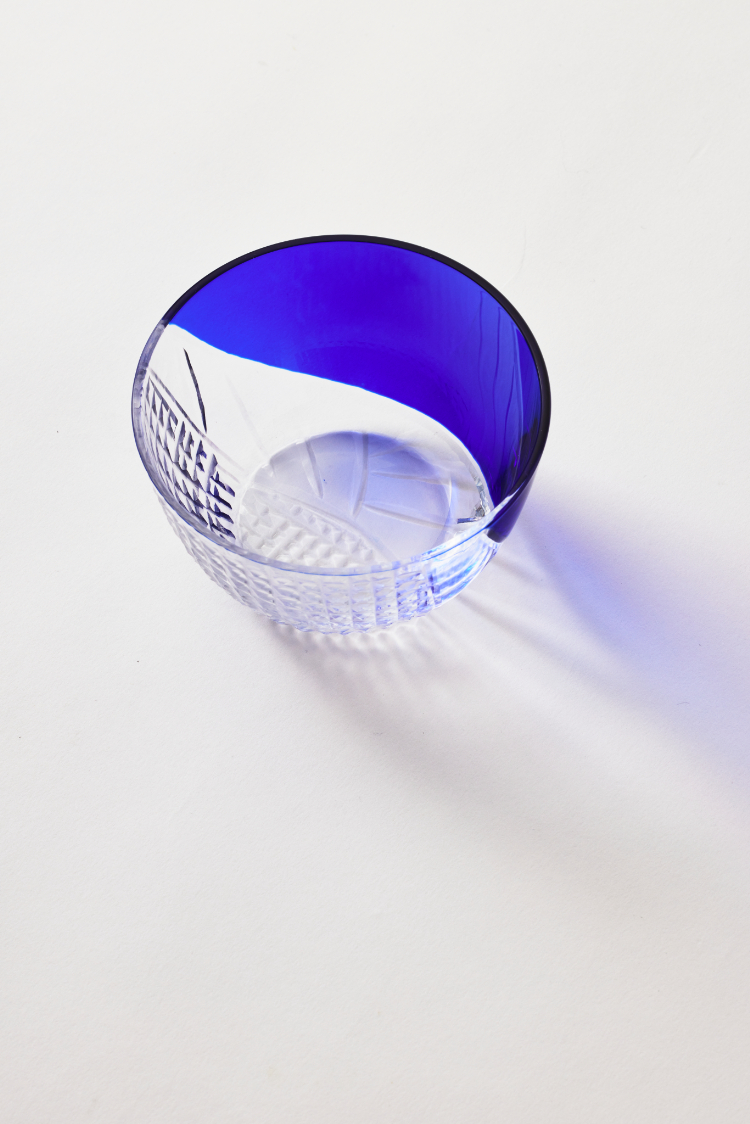 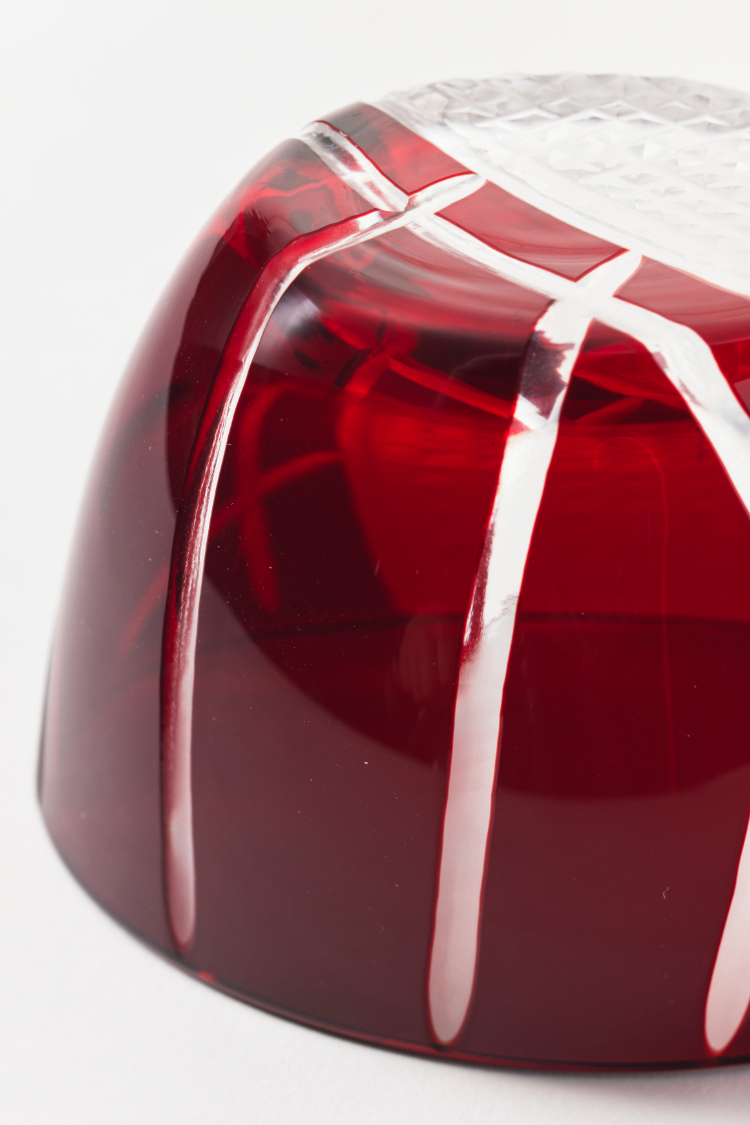 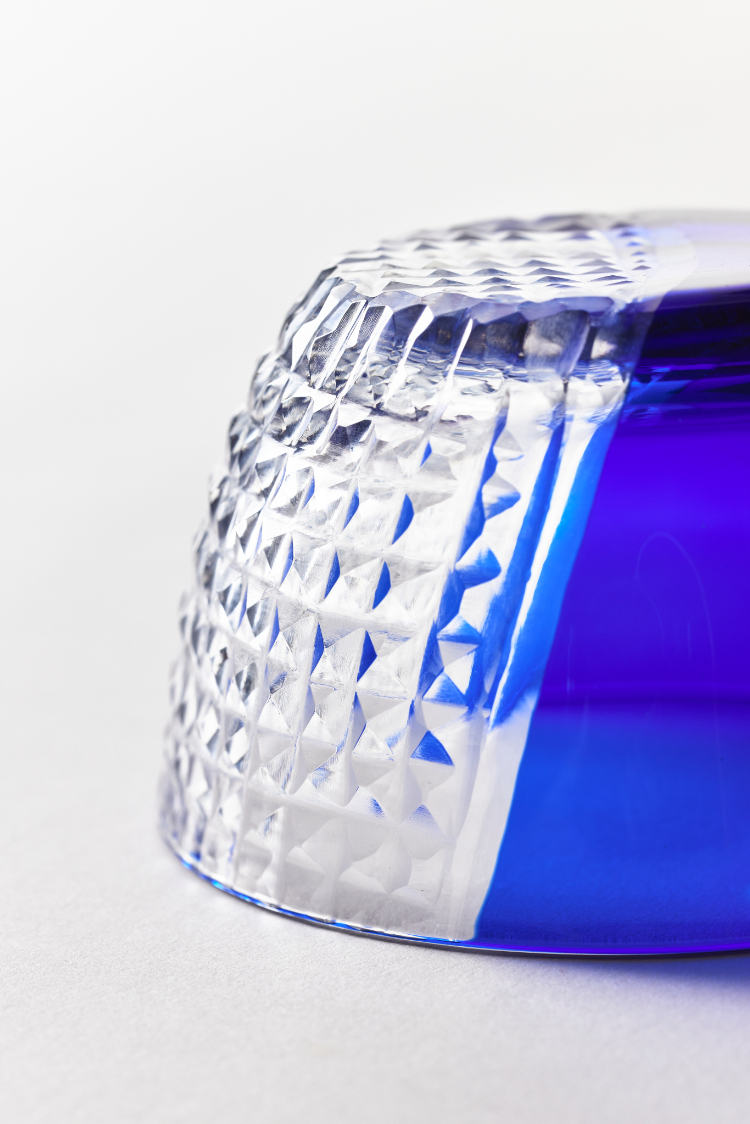 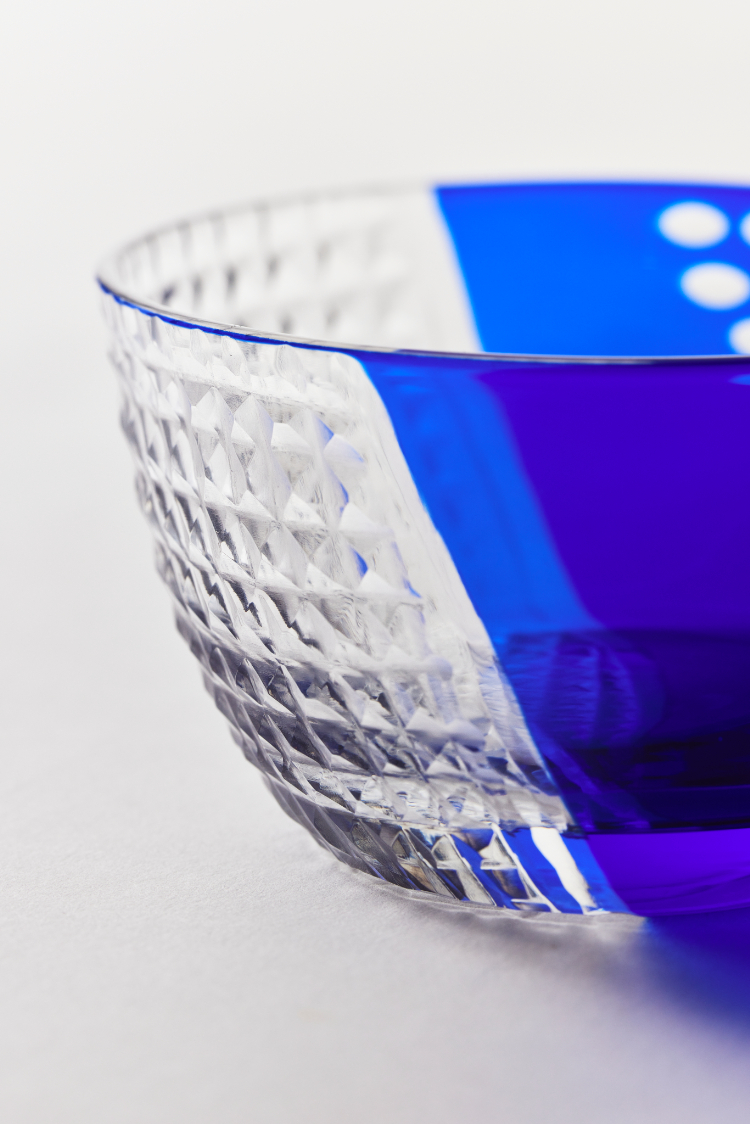 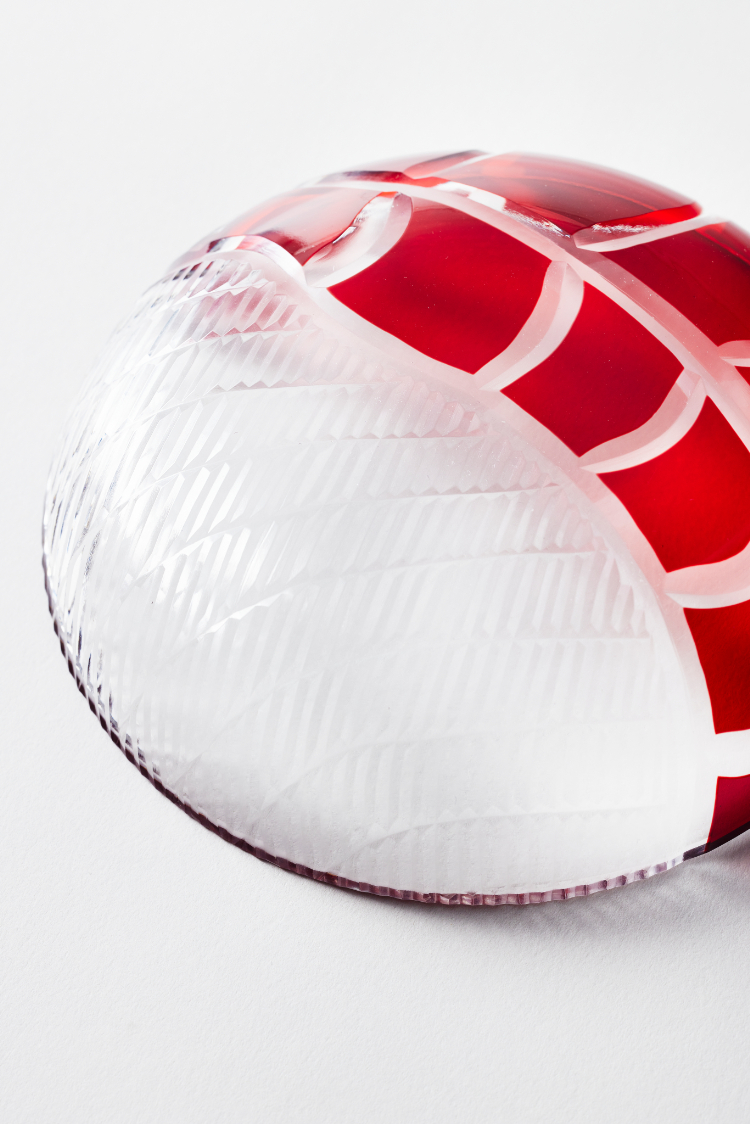 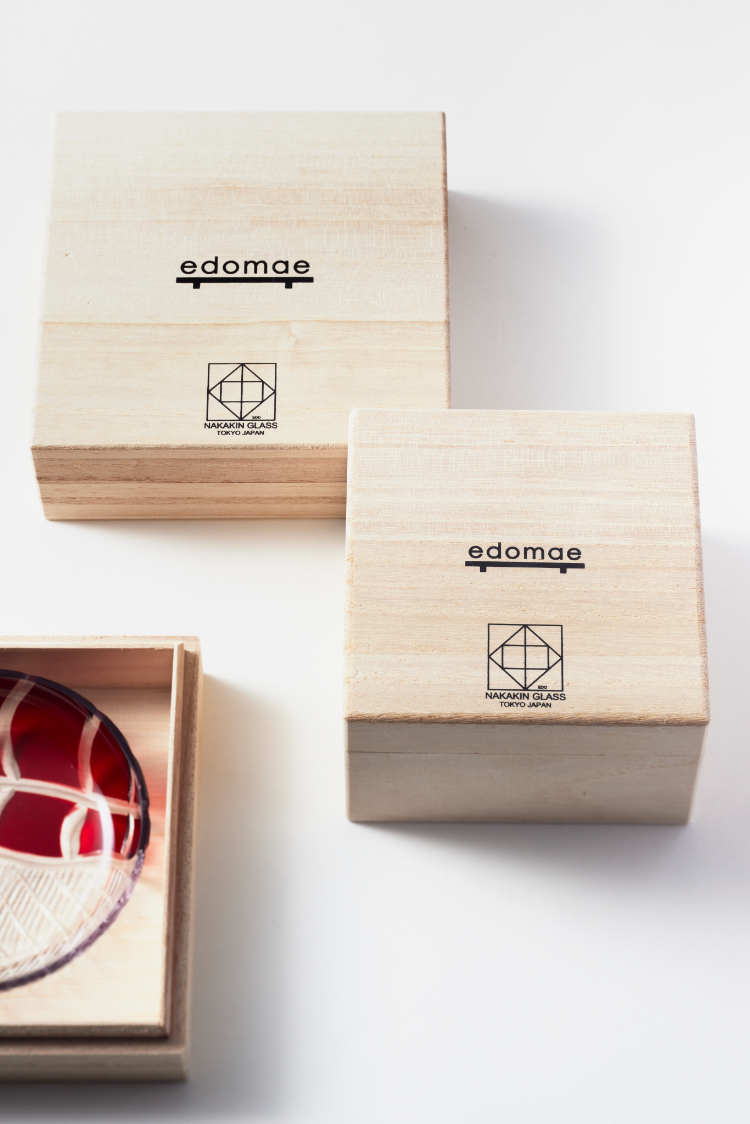 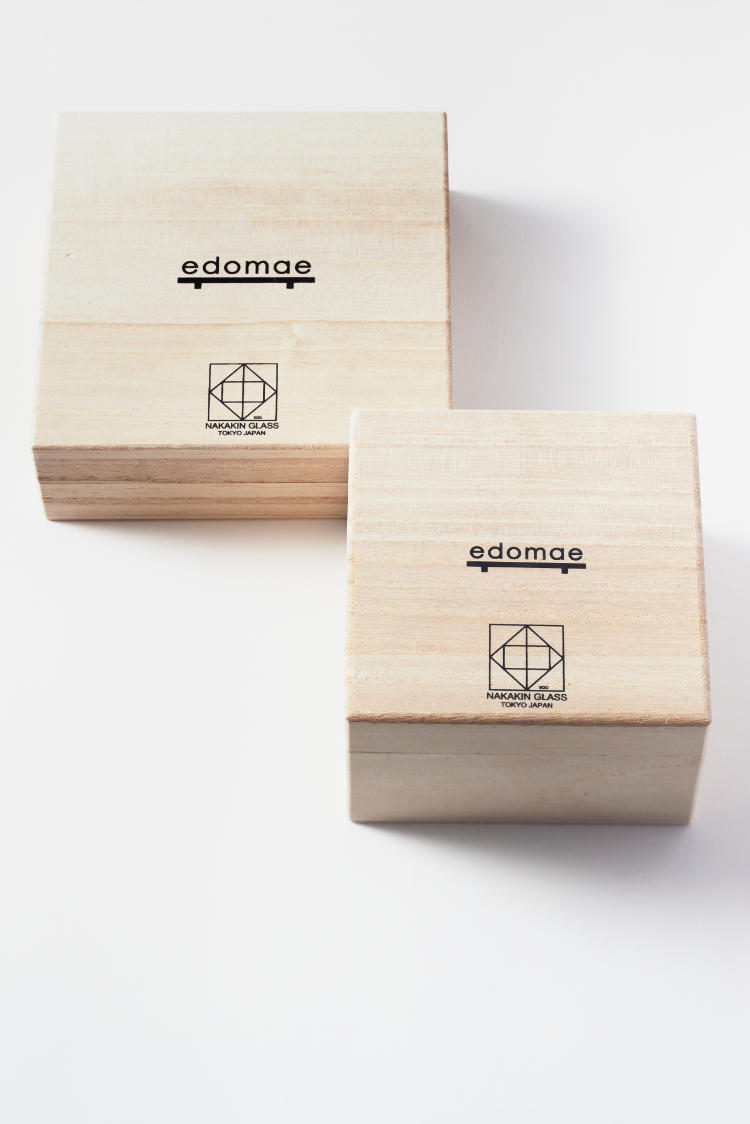 Red is difficult.
“That’s why I chose it,” laughs Michiko Iwabuchi like a young girl.

It all started when everything red in Tokyo was collected together to
produce the “Tokyo Red” design.

Doing the same things as everyone else is boring.
“This is what I’m meant to do,” her inner-craftsperson tells her.

Failing to create a richness in the colored glass
used for the kise covering,
which is between 0.2mm and 0.3mm thick,
would reduce the splendor of
the colors and increase the cost of the raw materials.
Furthermore,
obtaining a copper-red color is difficult,
and many manufacturers have
given up on this.

Non-essential luxury groceries do not sell in this day and age.

There were times in the past that we wondered
whether it was worthwhile
creating the difficult copper-red for use in
the colored kise (covering)
glass, given the additional costs involved.

However, my grandfather strived hard to
achieve a green color without
ever giving up because he wanted to leave it to
future generations.

Iwabuchi refused to give up on the charm on this red,
which she was convinced everybody wanted
and that fascinated her with its beauty as it
was being created.

The first design we decided upon was tuna fish.
Tuna is symbolic of the sushi purveyors of the Edo era.
And when it comes to aozakana (blue-backed fish), the item always
ordered by Tokyoites is kohada (spotted sardine).
The images continued to form in our minds as we then
targeted saba (mackerel) as another aozakana,
and then plump red prawns.

We were also very particular about the rice.
We used a traditional pattern known as nanako and
changed the way in
which the glass was cut to express the rice grains.

A new challenge for us was connecting
the base of the glass with the inner
surface with cut lines.

The conventional method was to separate
the base from the inner surface,
and nobody had ever seen the two surfaces connected
with kiriko cutting before.

The craftsman who advised us on the design was against this.
He thought that adding another stage between the base
and the inner surface would make the kiriko lines
appear to be curved, which risked
making the glasses seem to be poorly made.

Despite this, we placed the emphasis on
the fresh sense of enjoyment
involved in peeking into the glass from the top
and noticing that the lines
were actually connected,
and continued with our efforts in the belief that
this sense of distortion was
in fact a sign of good workmanship.

Iwabuchi grins as she suggests
that this unique concept was possible
because they were not specialists in
only kiriko glass-cutting.

The Edomae Sushi Kiriko small saucers
and sake cups are packed with a sense of fun
that cannot be found in any other Edo kiriko products
available up until now.

These products conceal a sense of beauty
that makes the viewer want to
turn them over to inspect the bottom.