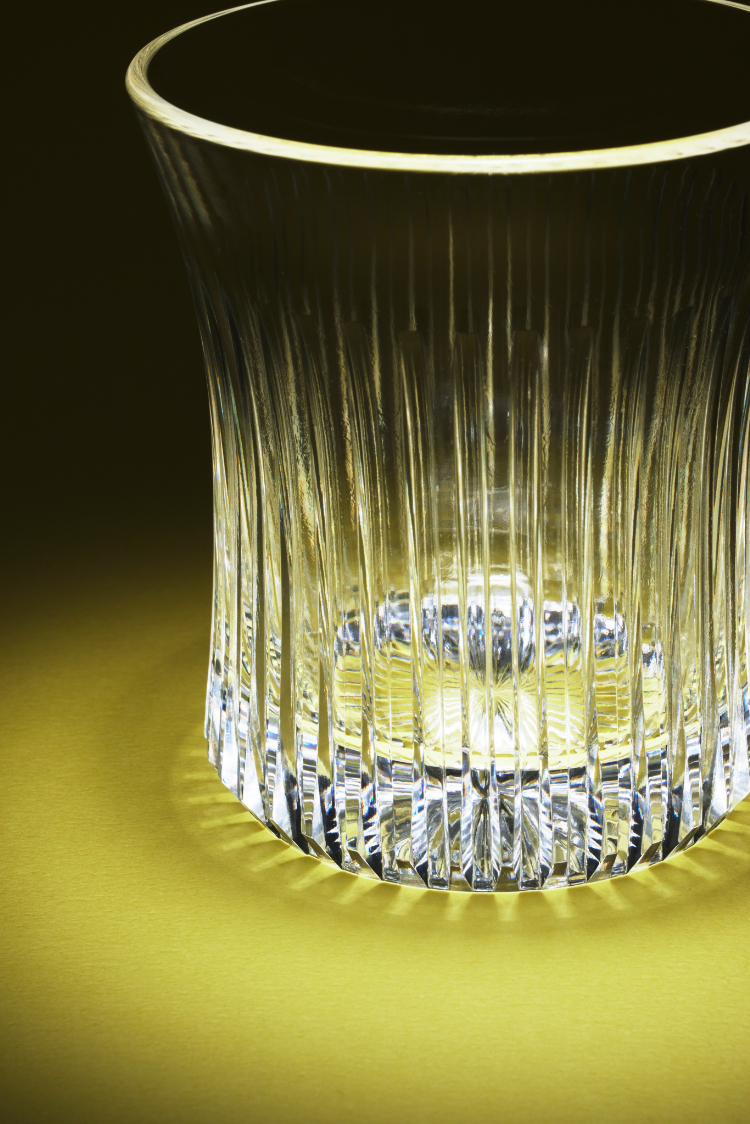 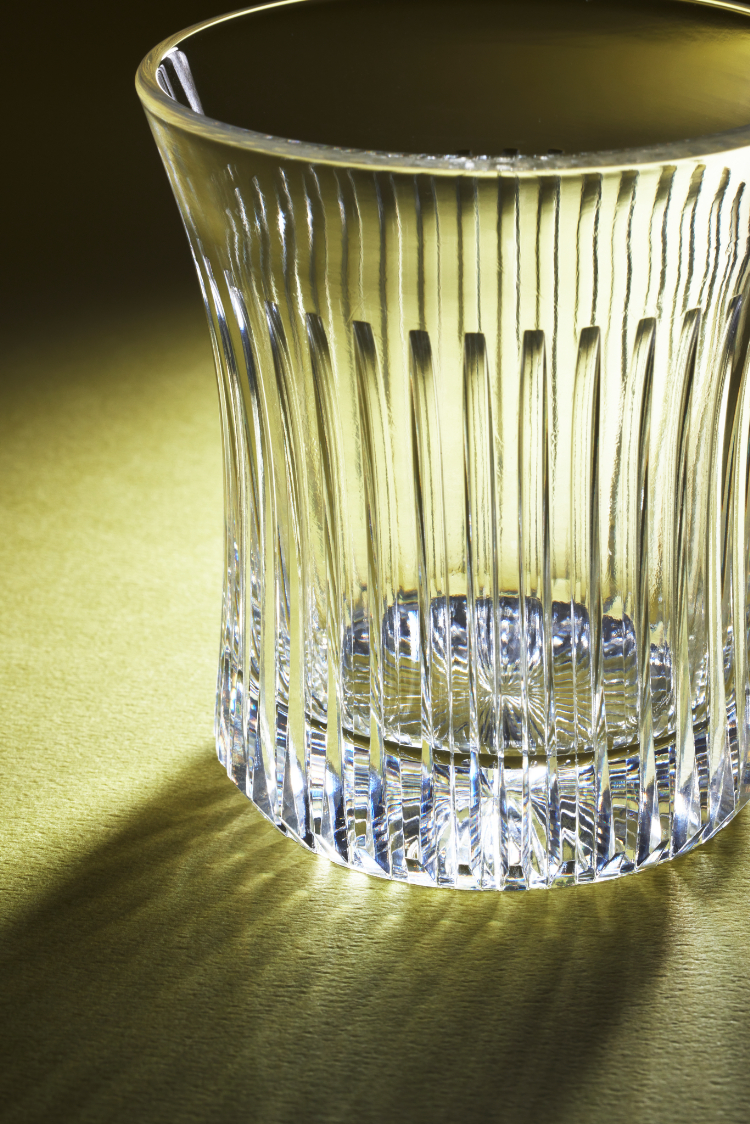 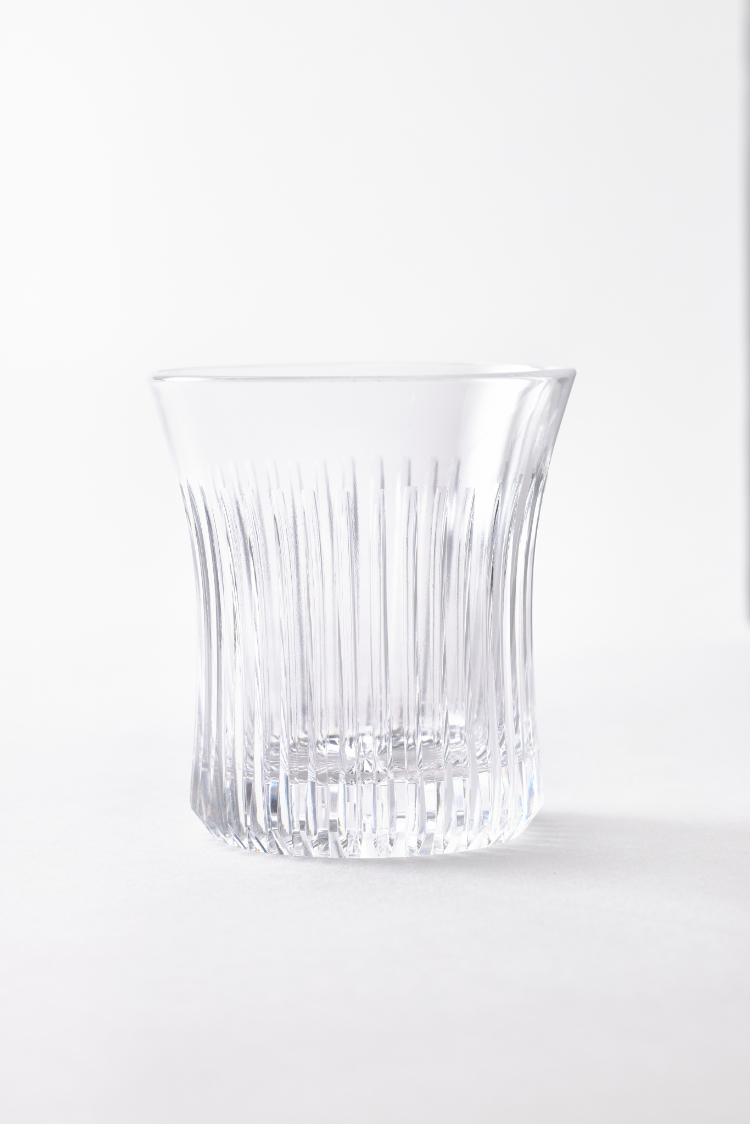 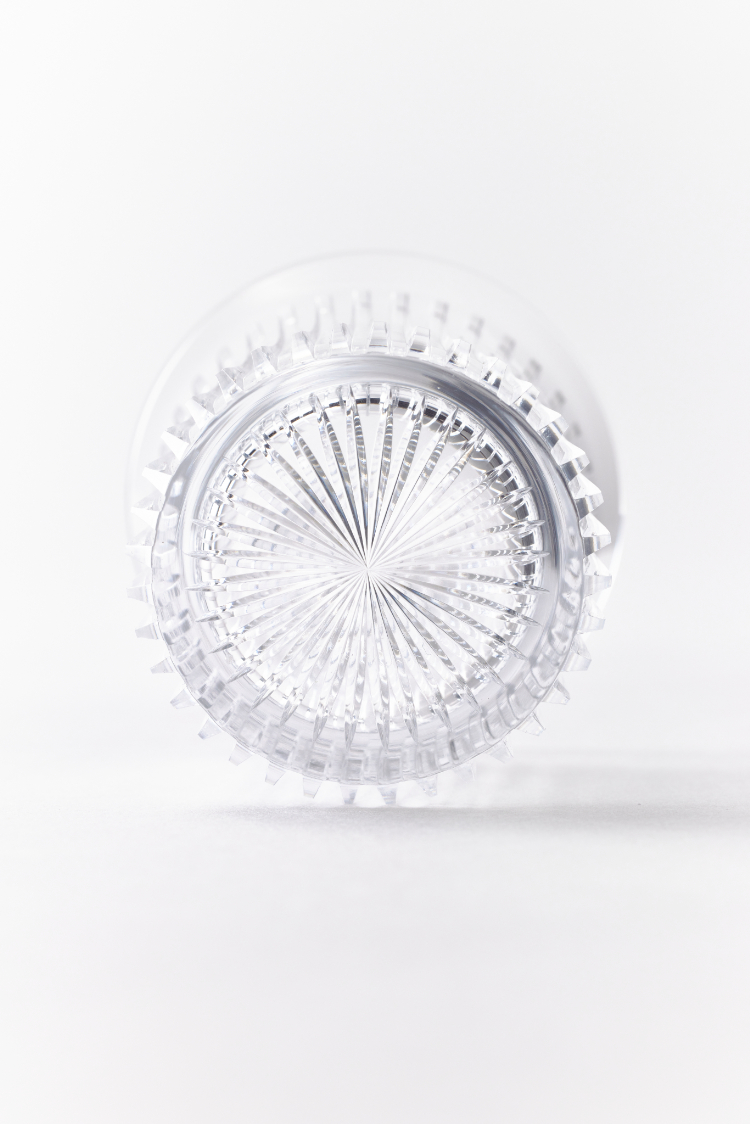 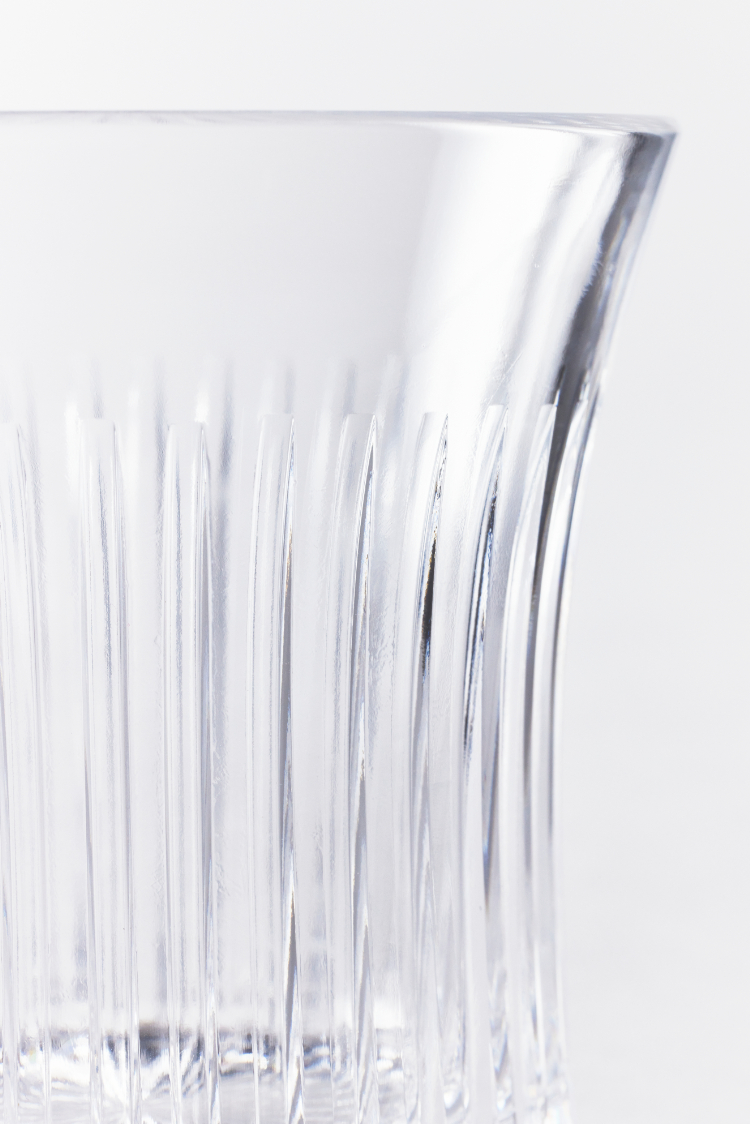 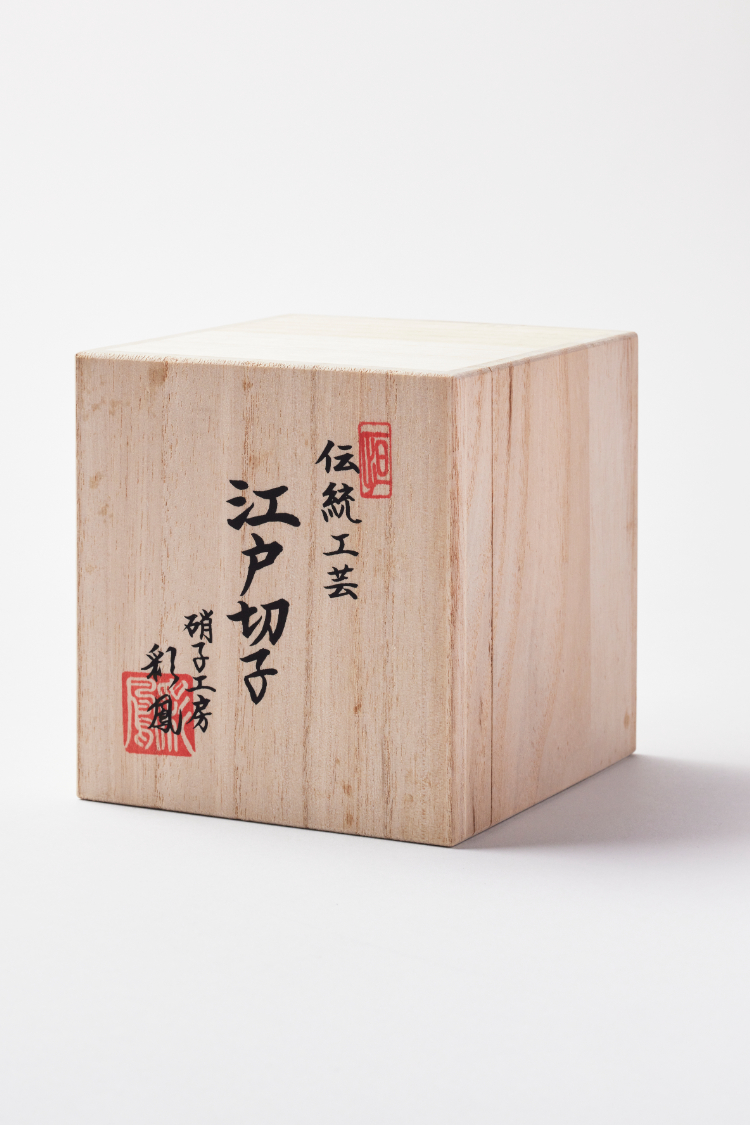 Most Edo kiriko cut glass,
which emphasizes the sparkle caused by the refraction of light,
is created using a blade called a kamaboko,
which has a soft U-shape, or a yarai, which has a sharp V-shape.

However, BEKKAKU is made using
a trapezoidal blade called a kakuyama,
a type of blade that craftsmen tended to shun as “not very effective”
because it produced a cut which looked flat
when looked at from the front
and did not enhance the sparkling qualities of the cut glass.

This uncommon type of blade
was put to use in the creation of BEKKAKU.

BEKKAKU is the creation of Ishizuka Haruki,
who has won numerous awards since winning a prize
at the Edo Kiriko New Work Exhibition in 2007,
including the Ministry of Economy,
Trade and Industry Manufacturing Industries
Bureau Director-General Award,
the highest accolade, at the 2019 New Work Exhibition.

As the chief craftsman at Mitsuwa Glass Kogei,
he is conscious of the balance required for this level of precision
and the unity of quality,
which is why he was skeptical at first
about the “effectiveness” of the design.

The lines in this type of cut glass are very simple.
The bottom is a traditional chrysanthemum base with 32 facets,
double the usual number,
and the sides have been shaped with the kakuyama blade,
with facets running from top to bottom.

However, cutting glass accurately using a trapezoidal blade
required an extra amount of focus, more than other shaped blades.
This is because if the blade shifted even a little,
it tended to result in a line that was too thick or doubled up.

For Ishizuka, the depth at which he cut the faceted designs
was also uncharted water.
He had never had to cut so deep before.

However, in response to the designer’s request,
he pushed things to the very limit,
to the point where the lines would break with too much faceting.
In doing so, he pursued neatly aligned lines,
thus realizing the designer’s intentions to perfection.

This is not a design that he would have thought of on his own.
As a craftsman,
he probably would have dismissed it as too labor intensive.
BEKKAKU, created in response to a request to cross the line,
has brought a new charm to kiriko cut glass.

In contrast to Edo kiriko, which pursues Japanese beauty,
BEKKAKU has a sense of universality
that would be at home anywhere in the world.

With a fascinating crisp appearance different to
the typical sparkling finish of kiriko
created using yarai or kamaboko blades,
BEKKAKU exhibits a charm
that has never been seen before in cut glass.

The creation of BEKKAKU convinced
Ishizuka of the potential of the kakuyama cut.
He says that he looks forward to finding new creative ways
to make use this tool in the future.

Expectations are running high to see just how Ishizuka
will wield this new blade to usher in new styles
to the world of Edo kiriko cut glass.

*The information on this site is as of November 2021.