Boasting some 120 years of history since founding, Sawai Orimono of Hachioji, Tokyo, is a firm that works in all the crafts of the tama-ori style of textile weaving, with 80% of the company’s work involved directly with fashion apparel companies.

With the burst of the economic bubble (1991), the 90s were the death knell of the kimono industry, but it was in those years that Sawai Shin saw a yoryu (finely stripe-grained) obi sash being used as a stole, and he turned this idea into scarfs with textured touches, to pave a way into the world of fashion apparel, with a client base now largely made up of prominent household brand names. 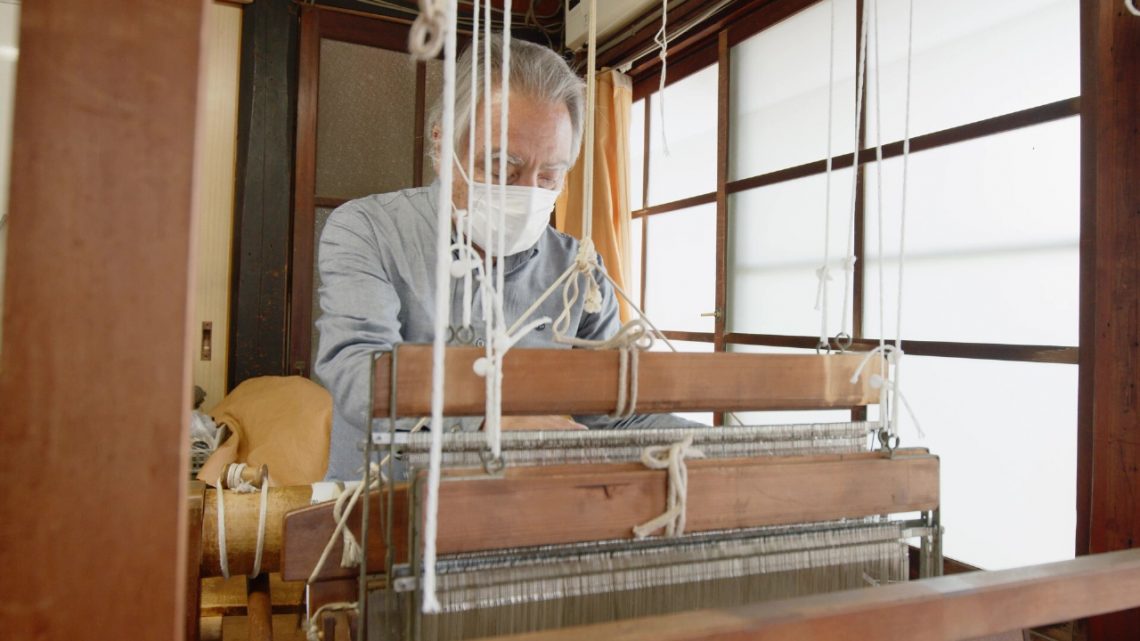 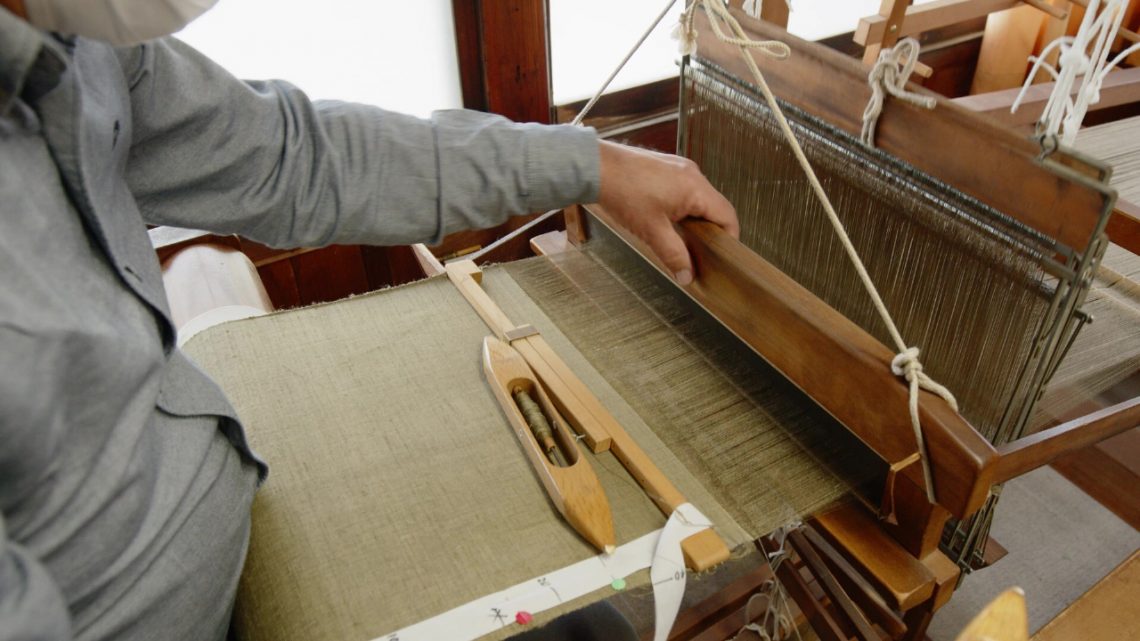 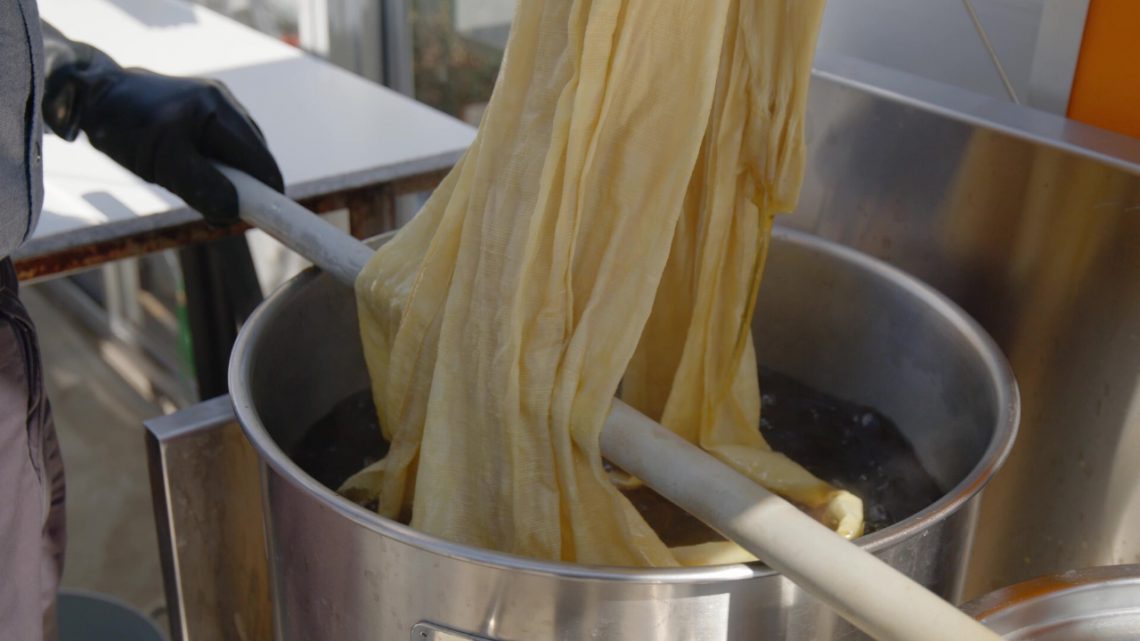 First, there is a clear distinction between the handmade textiles of Sawai Orimono and the mass-produced factory cloths of big manufacturers. Over and over, time and effort are taken in the numerous processes, so that a job lot (the minimum number of products made under the same conditions) will on average only consist of 50 to 100 products (pieces of textile). Even when the order is big, this will only reach 500 products, but can be as small as ten or 20. Sawai Shin smiles as he adds, “Once, we took job lot orders from overseas brands for 4,000 to 5,000 products, a massive leap in volume, which meant handling production in a giddy whirl of speed, not much fun, I can tell you!”

Second, Sawai Orimono always builds an equal relationship with clients. At Sawai, we do work that no-one else can do, so we put forward what we want to do and how much money we want for that work – namely, we take the lead in building relationships.

And, third, we often get proposals from industries completely different to ours, so, as we are involved in Western clothing, we have worked on our smartphone skills to enable us to participate in Google Cloud Platform Projects, which, in turn, gives our work exposure in the media, enabling us to become better known.

Sawai Shin involves himself in a diverse range of trial productions, making stoles that combine splash-pattern threads used in pongee from Oshima, cashmere threads and silk threads, handing over in-house designed handkerchiefs to an arimatsu dyeing expert for dyeing with the distinctive arimatsu patterns, as well as experimenting with materials and techniques from other traditional crafts.

What is more, there is an endless stream of requests and inquiries from totally unrelated industries, including a request from a construction materials company wanting a partition made, solicitations from a big detergent manufacturer and an inquiry from a motor maker, which sprang from Sawai Orimono’s efforts at manually weaving copper wire. Sawai Shin concludes, “We’ve even had a request from an investigating authority to recreate the clothes of a criminal!”

The number of fashion apparel companies that work with us has increased, and we have trained up young people at our workshop, so now I want to delve into the past from here on in order to find my own opus.

Yet, as Sawai Shin says this, a gentle smile crosses his face as his eyes seem to be casting into tomorrow’s world. 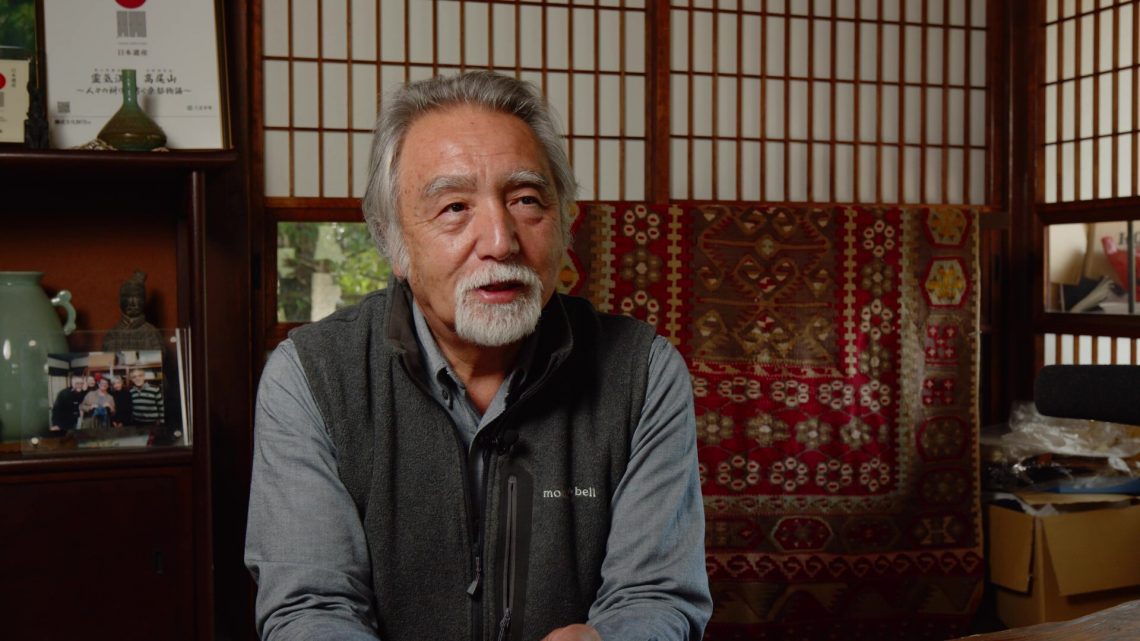