To manipulate flame and steel.

The current lead craftsman of Shojiro Hasami Hamono Kogei, Yoichiro Ishizuka is the fifth generation of blade makers in his family. While his workshop’s name includes ‘hasami’ (scissors), its roots are in the manufacture of swords. Many sword makers were forced into change by the 1876 edict prohibiting the carrying of weapons, but here, the spirit remains. The sights and sounds of the Shojiro workshop hold deep connection to its past, with the clink of hammered steel, and the molten red colours lighting up the darkness. Mild, and reserved in his manner, the power of Yoichiro’s work stands in strong contrast. Using the so-called ‘total fire’ method of ‘souhizukuri’, Shojiro take a traditional approach of just craftsman, fire and tools to make their blades, and create their cutting edge. One example is the beautifully curved ‘wagoshirae’ handle of Yoichiro’s scissor design, which he makes with great effort and skill by striking molten metal. Moulds are never used in the Shojiro workshop, with each product the outcome of one craftsperson’s generous use of fine sword making steel. Once tried, it is hard to return to knives made with any other method. To make scissors in the souhizukuri approach requires a special skill. Yoichiro acquired the ability through the generations of his family involved in blade manufacture. His grandfather, Chotaro Ishizuka was famous for his ‘rasha kiri’ cloth scissors, a specialism which was passed to his second son, Yoichiro’s father, Shojiro. The skill, nurtured in their family furnace for generations, had been handed to Yoichiro’s son, and sixth generation leader of the business: Shojiro. Today the workshop rings out each day to the sound of steel struck by father and son. 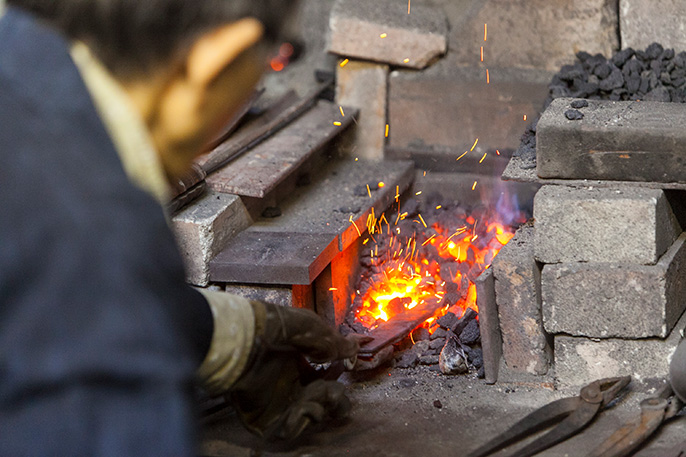 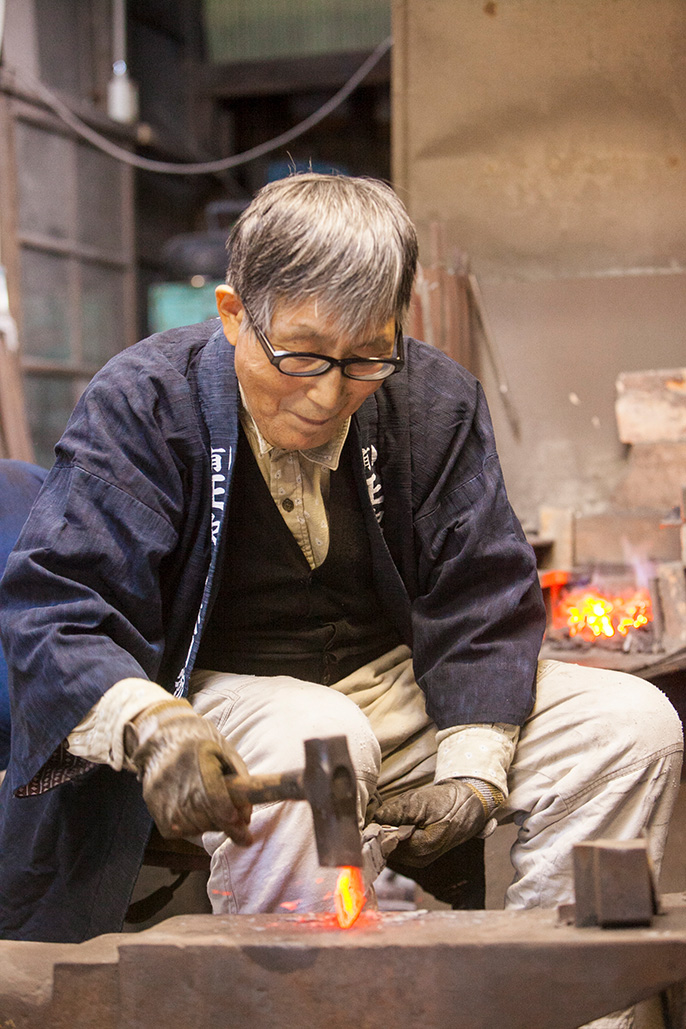 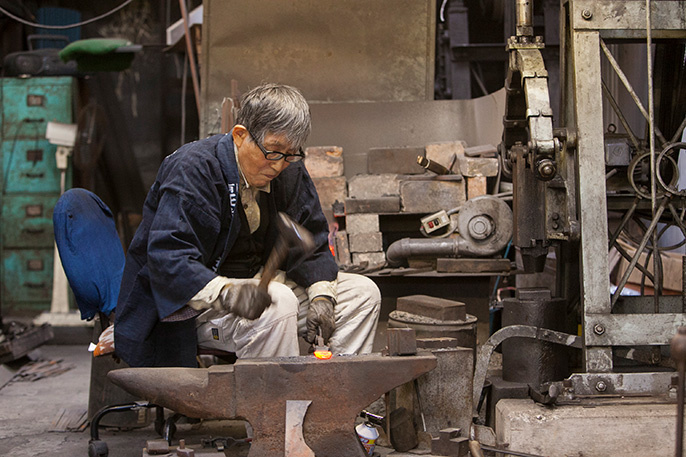 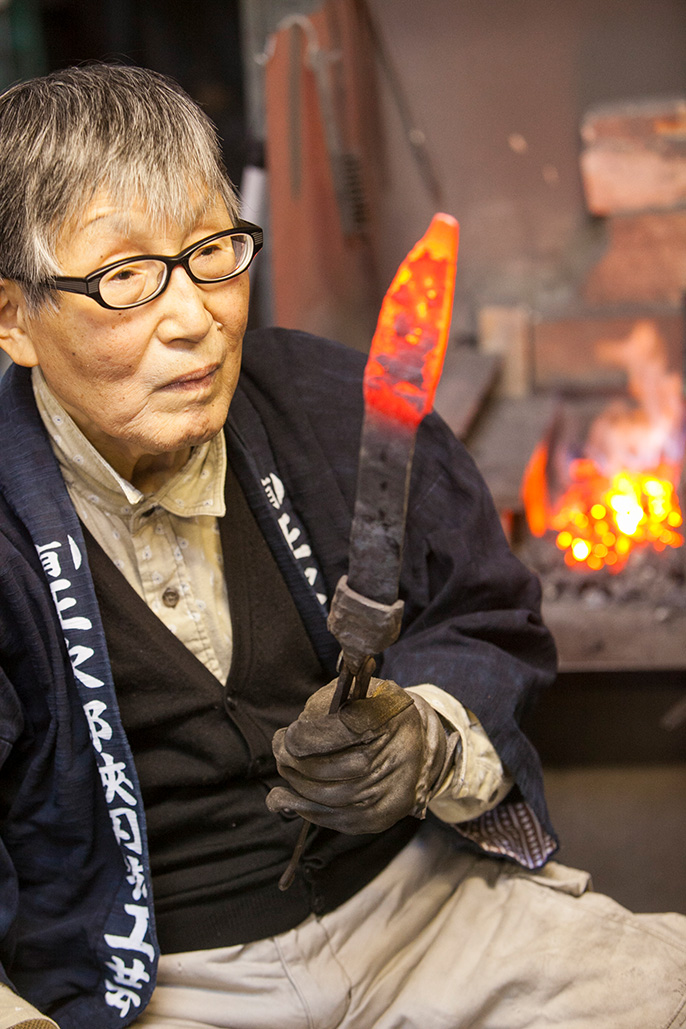 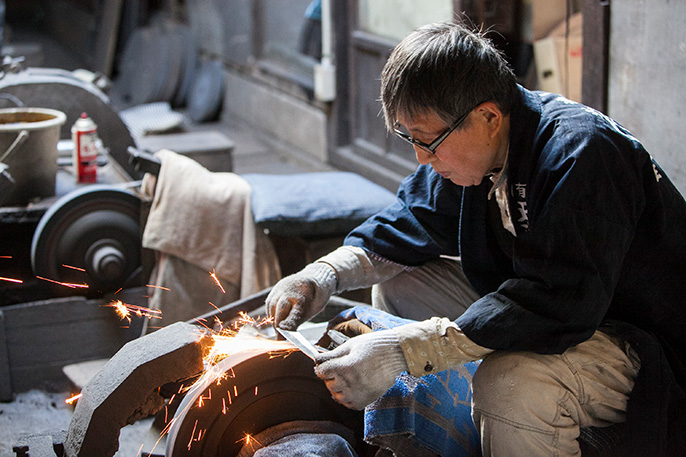 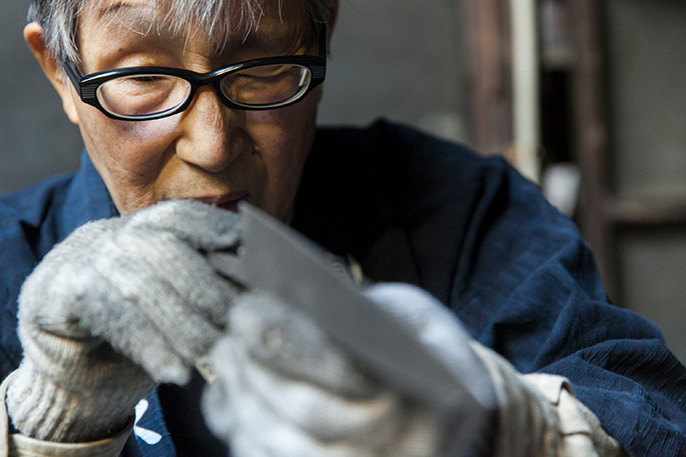