A craftsman of crystal, shines.

Colours filled with light, or a deep mystery. The beauty of shippo (cloisonné decorated metalwork) has captured hearts for centuries all around the world.

The lapis lazuli in Tutankhamen’s golden mask in ancient Egypt, the Christian religious decorations of the middle ages, the appearance in jewellery during the late 19th century Art Nouveau period, or place cloisonné in new contexts. In Japan the technique entered the country via the Silk Road in China, and it can be found among the artefacts stored at the Shosoin in Nara.
There are several recognised strands of cloisonné in Japan including Kyoto, Owari, and Kaga. Cloisonné in jewellery has been developed in many regions, but the second generation leaser of Hatakeyama Shippou Seisakusho, Hiroshi Hatakeyama is a craftsman of ’Tokyo cloisonné’

Tokyo cloisonné, which is also known as metal cloisonné, is a technique that sees glass glazes placed in a ‘tai’ metal base to produce patterns. The multi-coloured glazes are fired at the high temperature of around 800 degrees, before being placed and fired again. The process continues until a 0.05 polish on the surface yields the final deep colour.

As he has experience of making many types of accessories, Hatakeyama has more than 200 colours of glaze. With the many colours at his disposal, he can match this with his skill as a craftsman, and the extent of his imagination to create different expressions in his work.

“Totai Shippou (Plique-à-jour)” is an advanced technique that requires control of the glazes while manipulating surface tensions into a hole created in the Tai metal. Hatakeyama is the only master of this technique, and the quality in his colours and expression, continues to draw admirers. 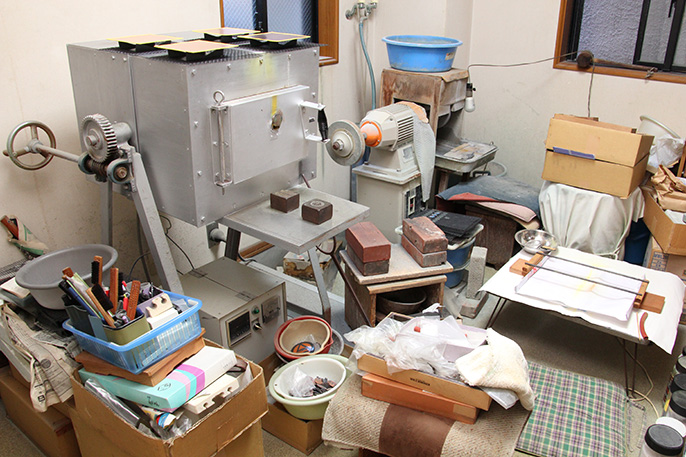 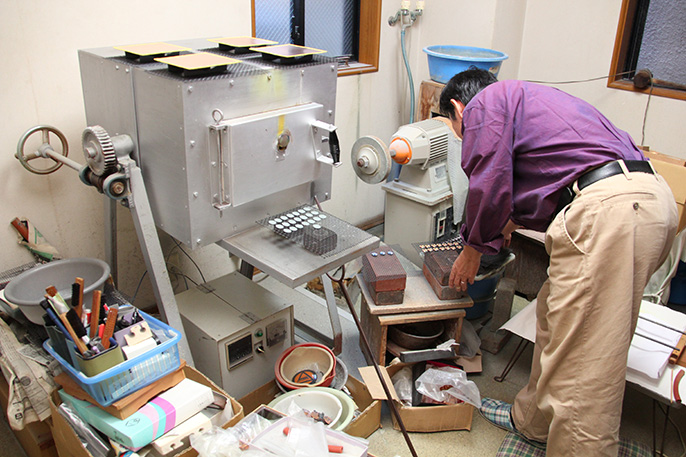 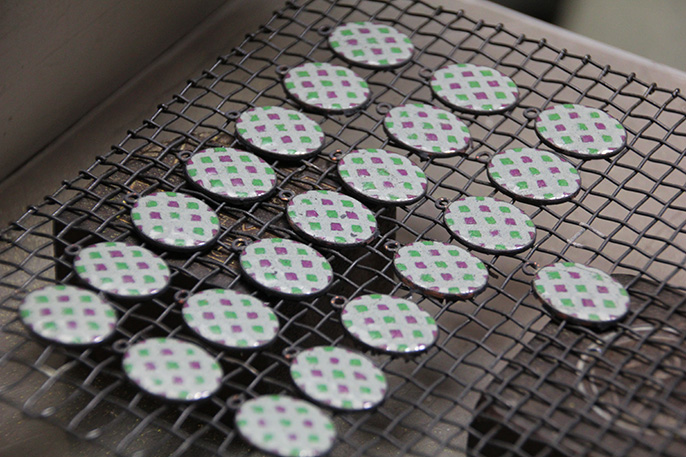 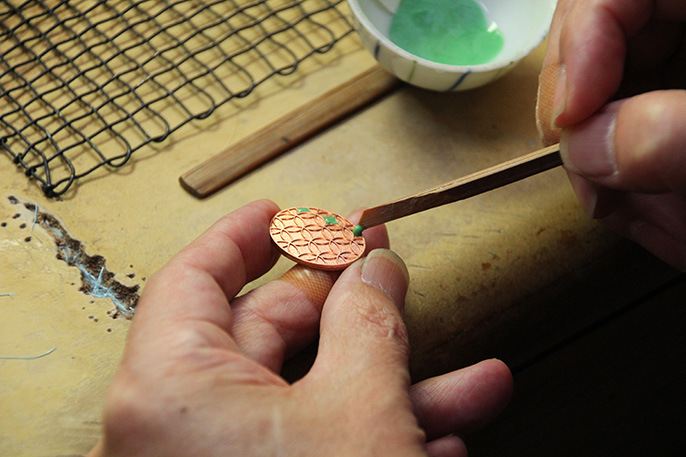 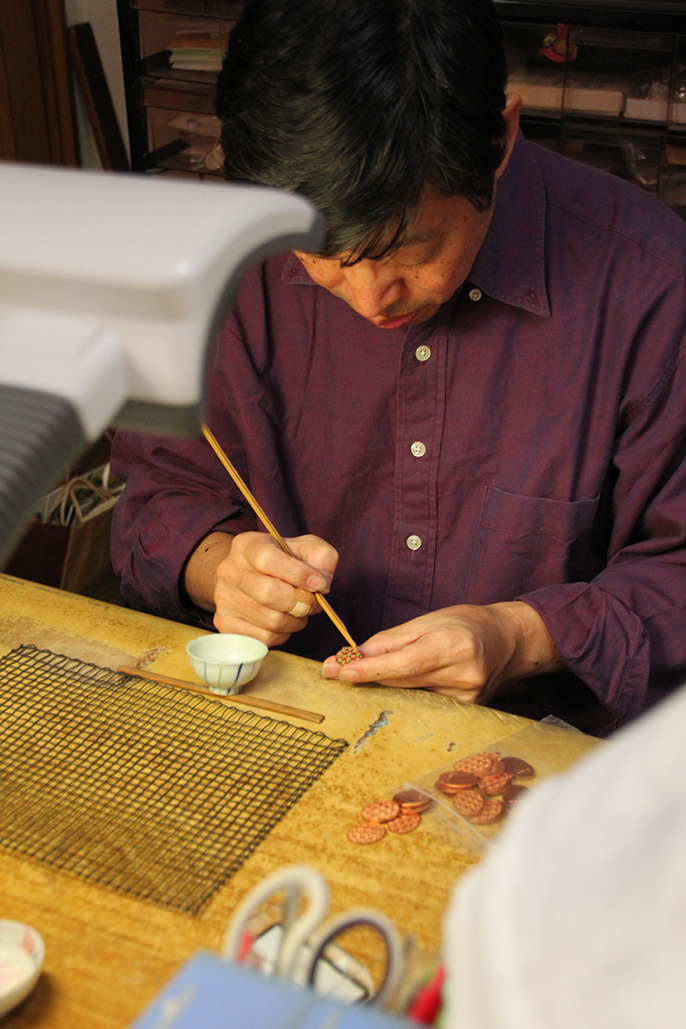