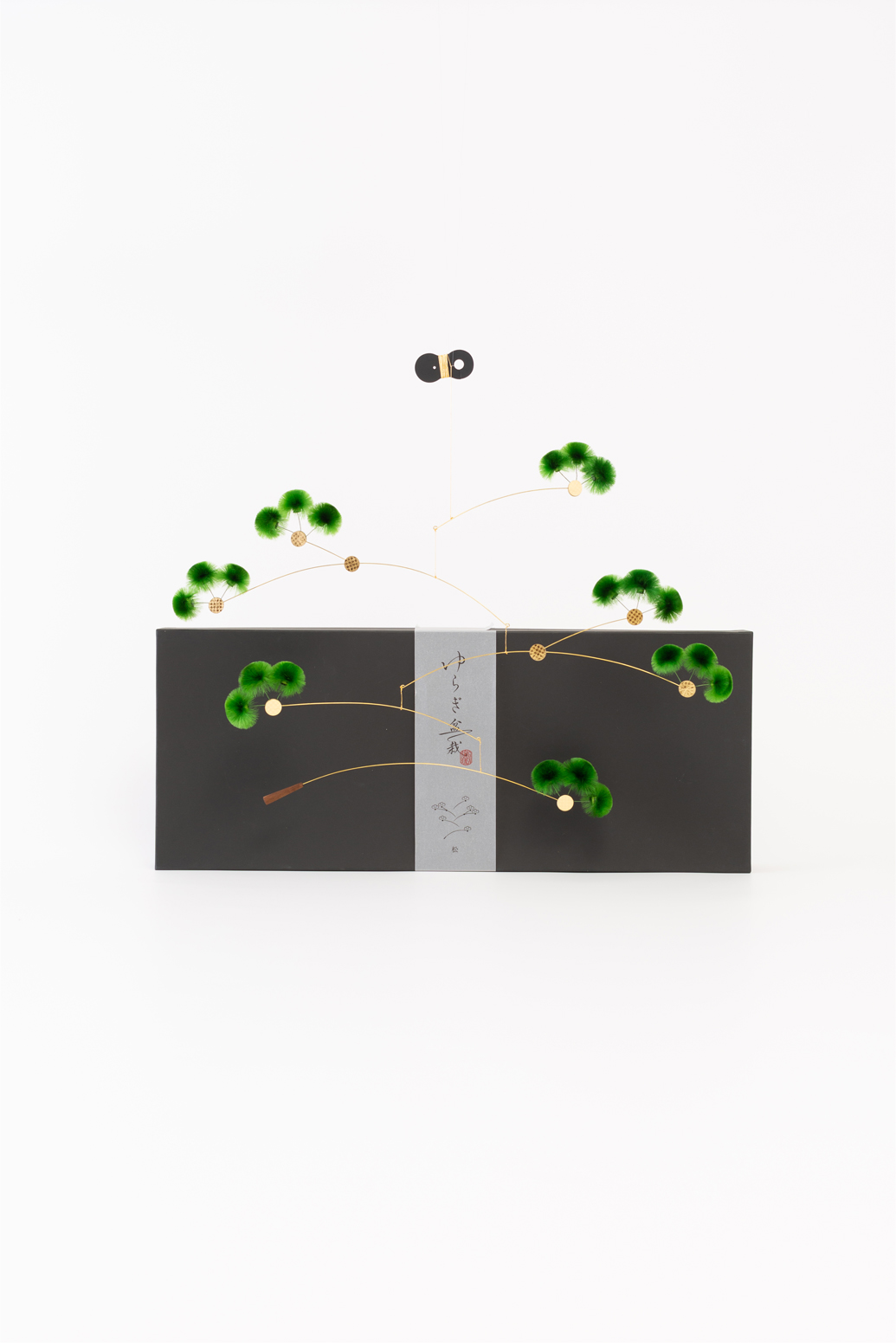 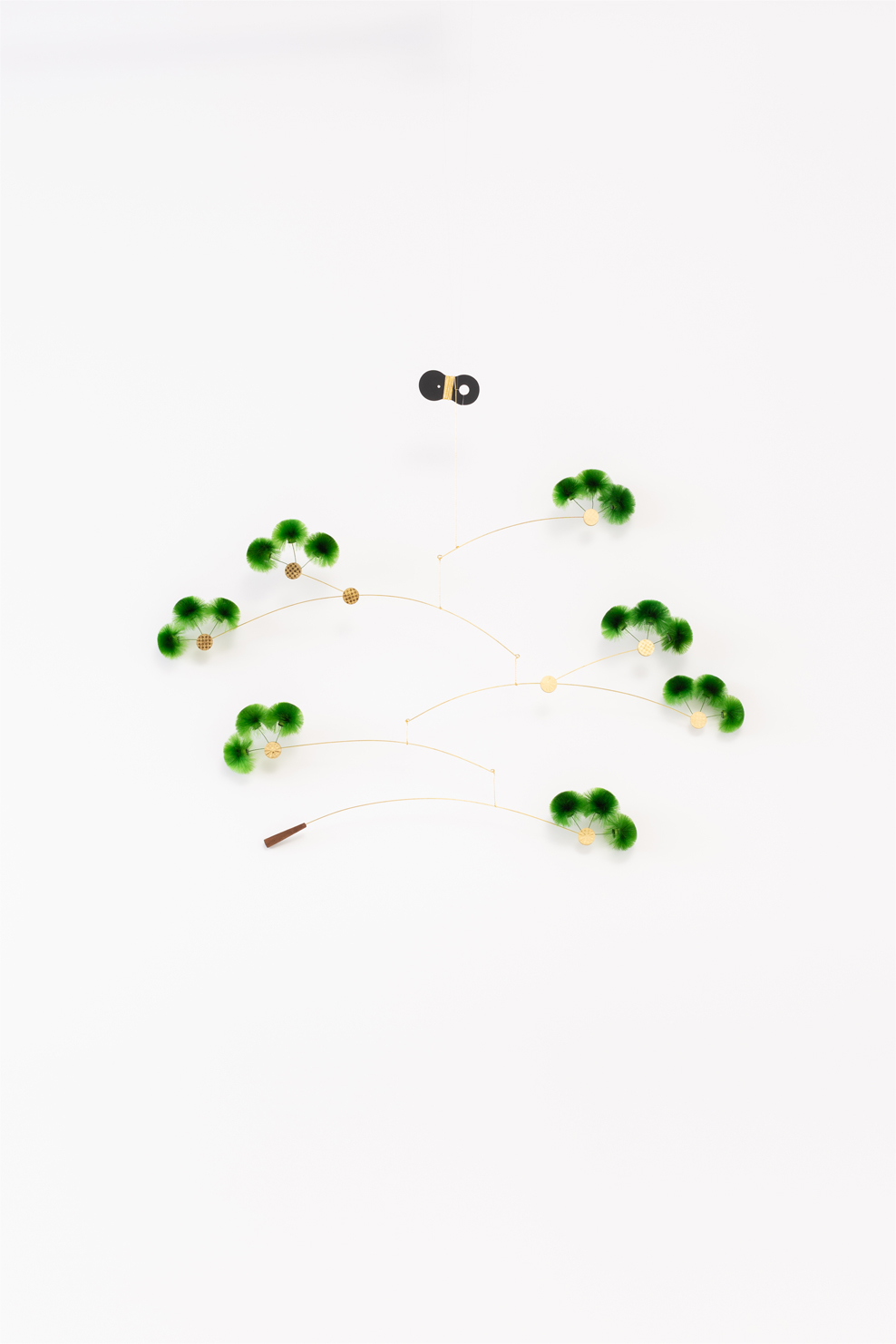 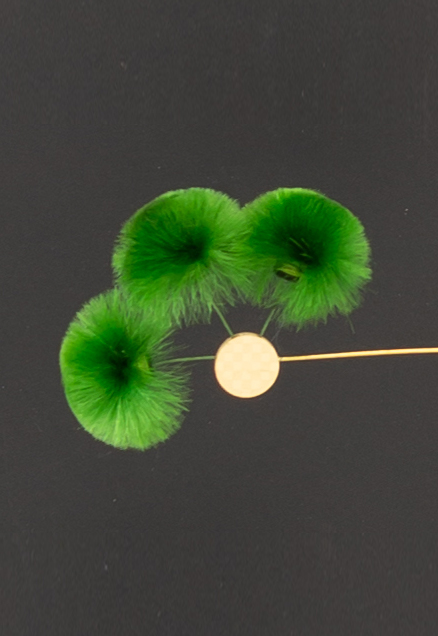 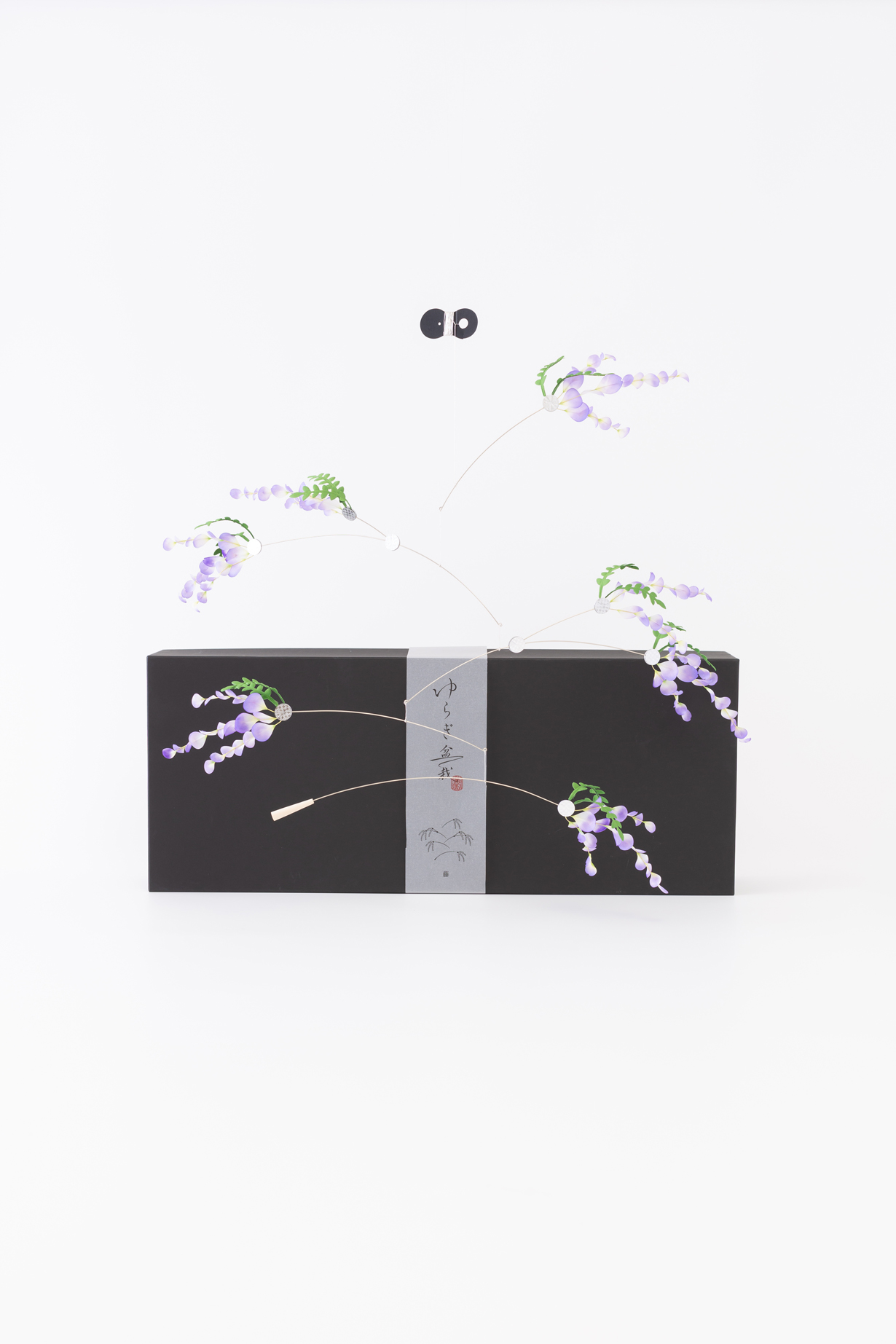 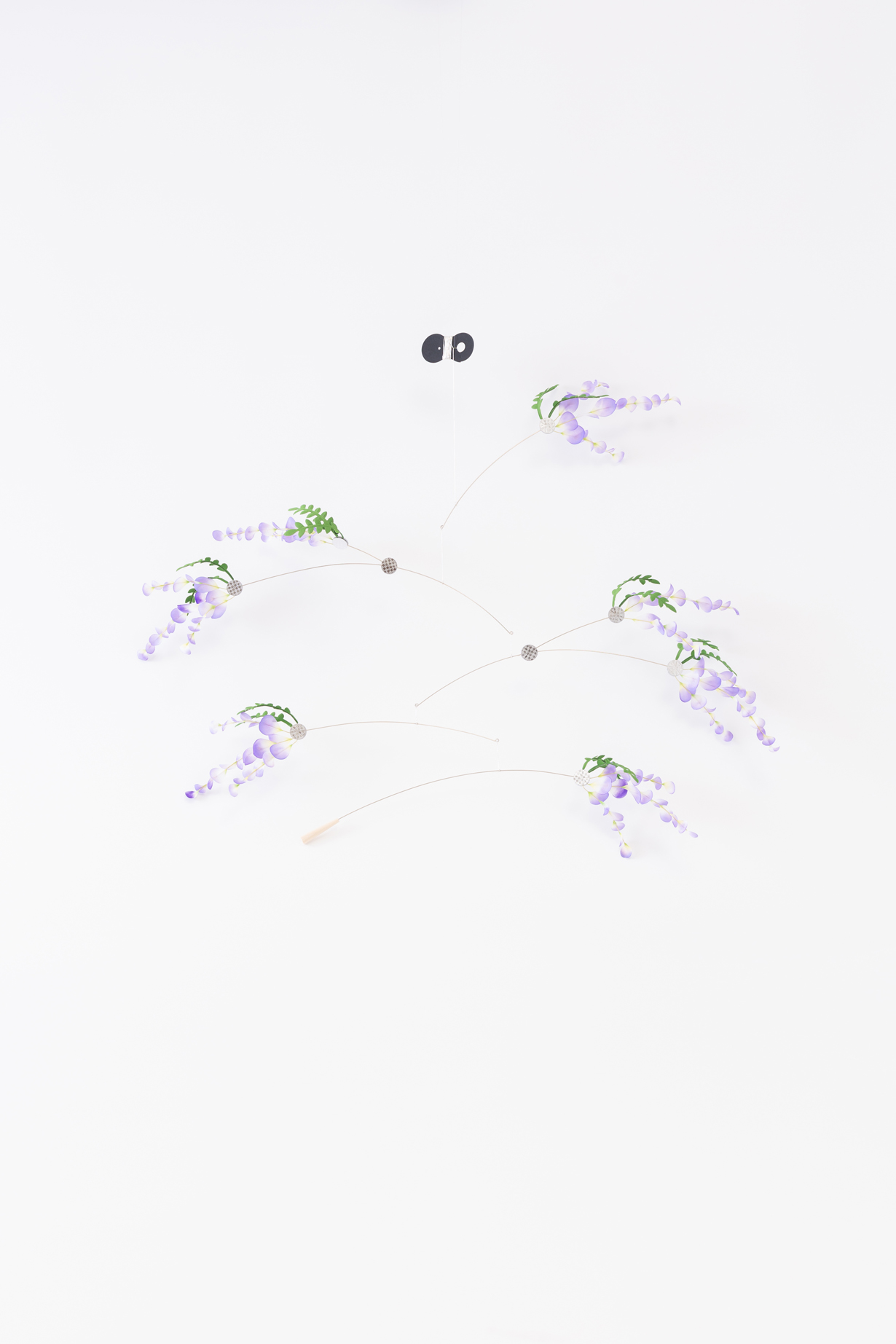 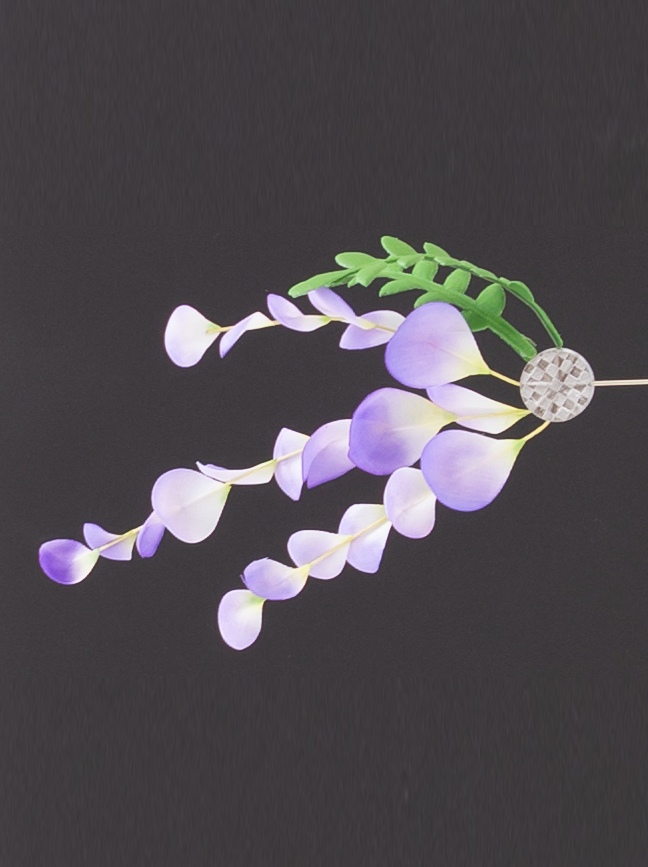 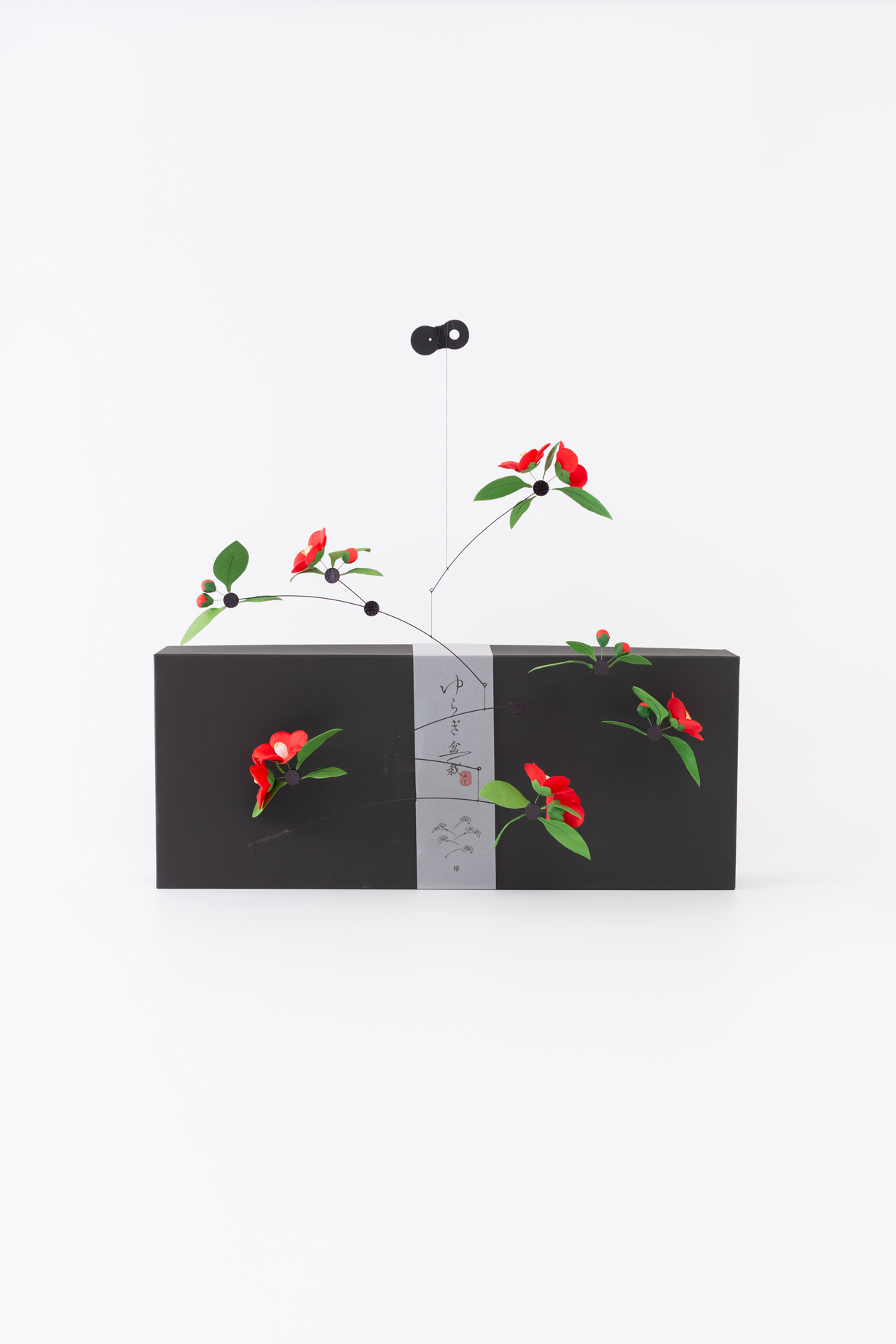 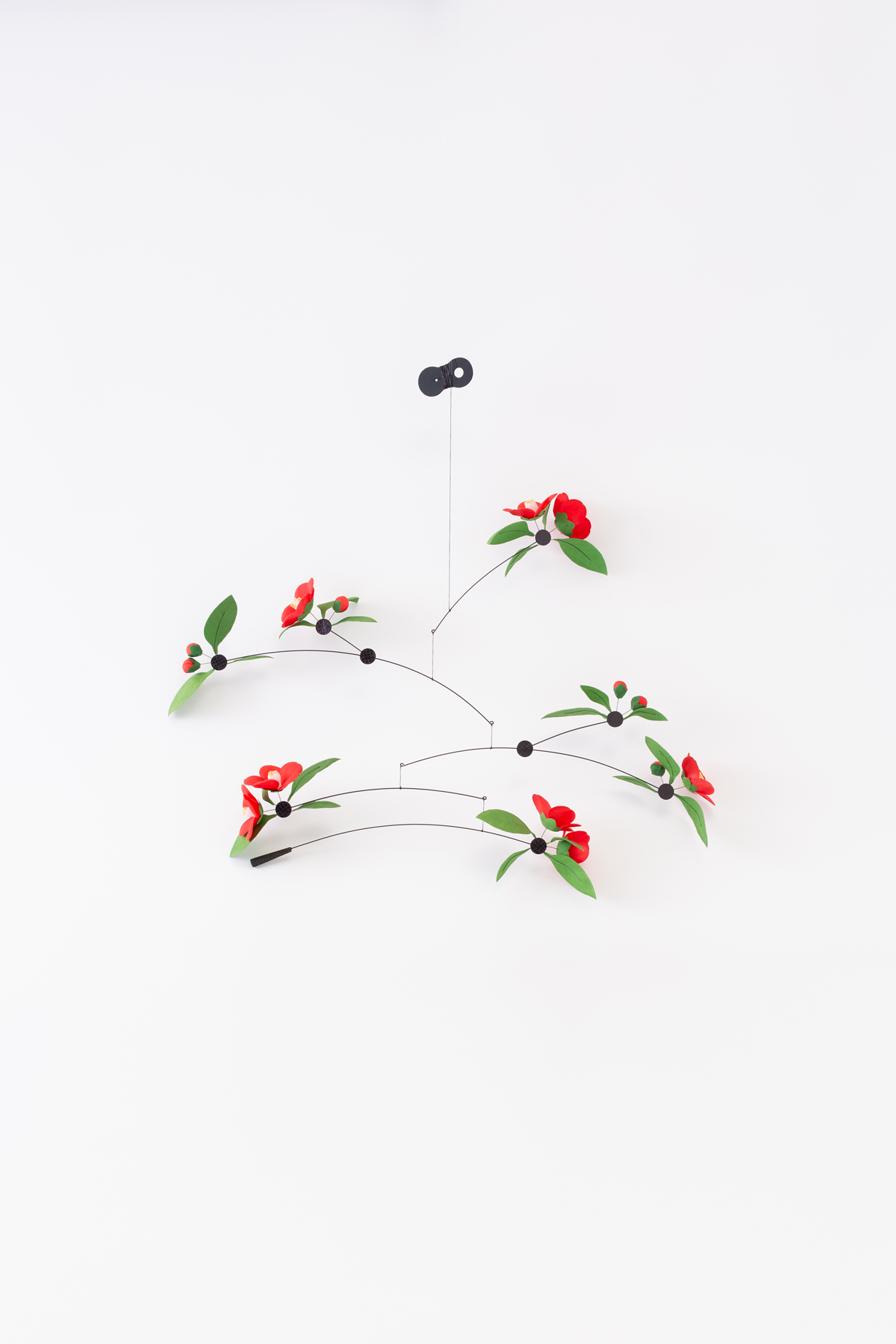 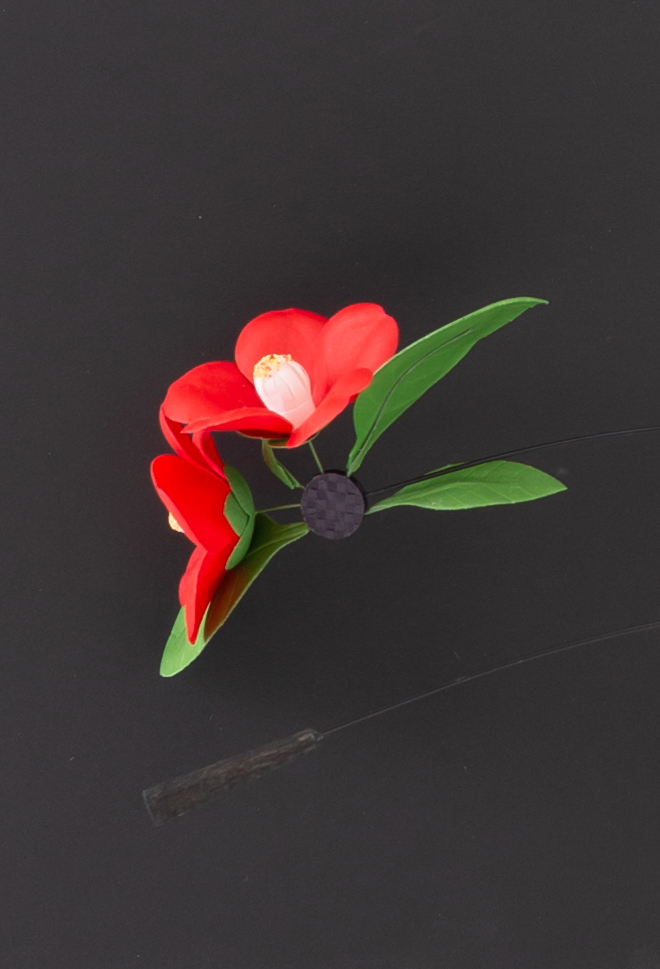 A gently swaying Bonsai mobile.
The pine, wisteria and camellia have been made by
a master of artificial flowers,
Mr. Okada, who makes artificial flowers for seasonal festival dolls.
Examples of these flowers include the tachibana orange
and cherry blossoms in Hina doll displays.
While they play more supporting roles
with less opportunity for scrutiny,
they nevertheless reveal their intricate make-up
upon closer inspection.
This “Swaying Bonsai” thrusts those techniques
into the spotlight from their previous positions in supporting roles.
The pines have been made using a technique that uses an iron
on bundles of threads to make them round,
and this is apparently the same technique
used to make the tachibana orange
and cherry blossoms for Hina dolls.
The thus-rounded parts are combined in groups of three
to create an abstraction of pine tree canopy.
The wires linking the canopies also have a shape designed
to evoke the image of pine trees. The pine,
wisteria and camellia designs will blend in with modern interiors,
so they can be used in both Japanese and Western rooms.
They can also be used as seasonal decorations,
such as the pine for New Year’s celebrations.