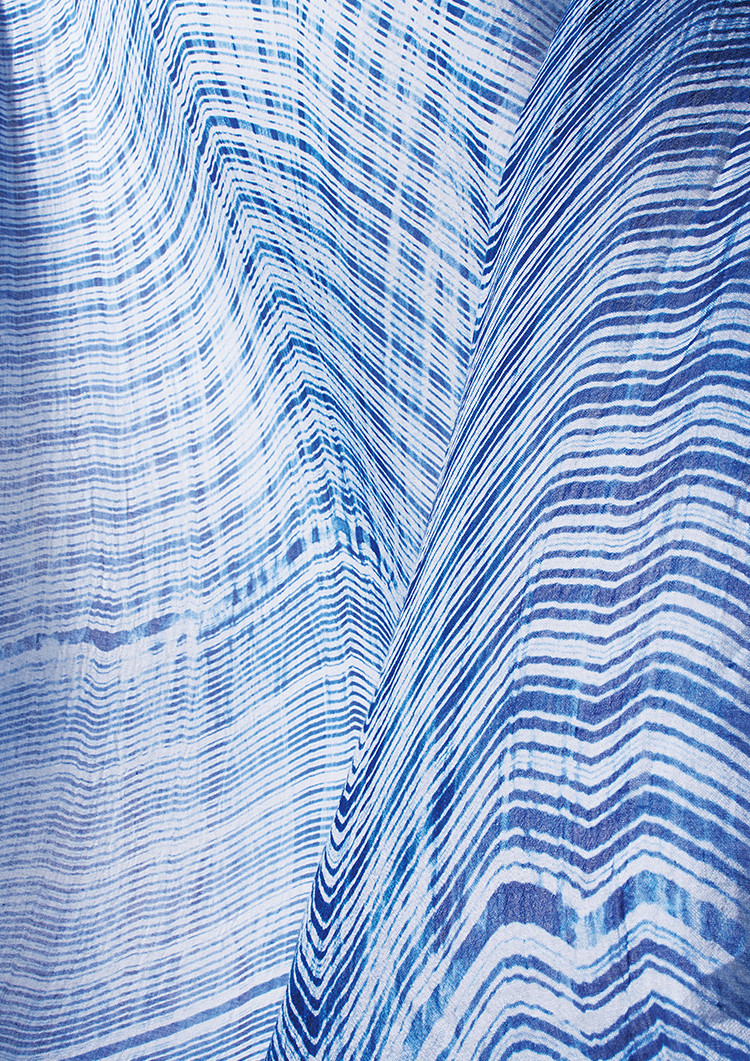 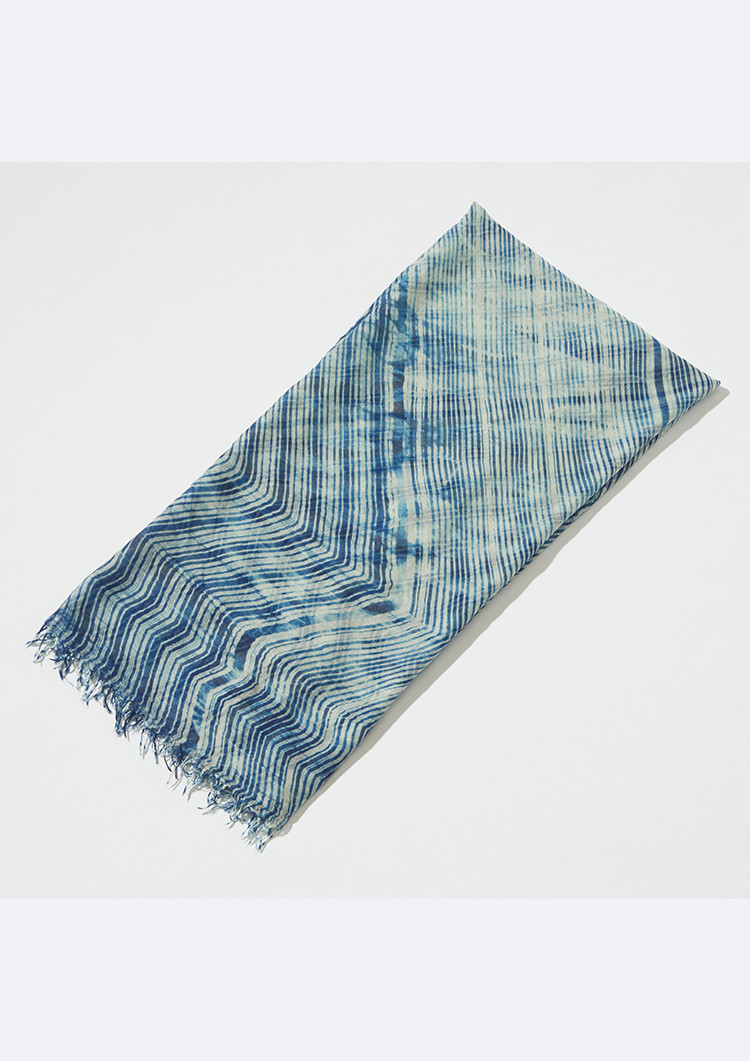 Named Japan Blue, this Japanese “aizomé” (indigo dyeing) has been admired in countries across the seas. “Tennen Aizome Itajime Stole” is dyed using natural indigo lye fermentation”, a traditional method carried on since the Edo Period, Japan’s golden age of indigo dyeing. The indigo, depicted with expressive stripes, is dyed using a technique called “itajime”, which involves repeated dipping of the cloth, sandwiched on both sides by two uneven wooden boards(a), in a vat of indigo dye to give emphasis to the colour. Dyeing is repeated about 10 times until a brilliant indigo, distinctive of Japan Blue, appears. KOSOEN is one of the few remaining workshops that handles indigo dyeing using lye fermentation. The dye is produced from “sukumo” (fermented Polygonum leaves), a precious ingredient from Tokushima on the island of Shikoku. This indigo dye which craftsmen are so passionate about, looks dignified, yet somehow seems nostalgic and gentle as well.


Error: Access Token for tokyo_teshigoto is not valid or has expired. Feed will not update.